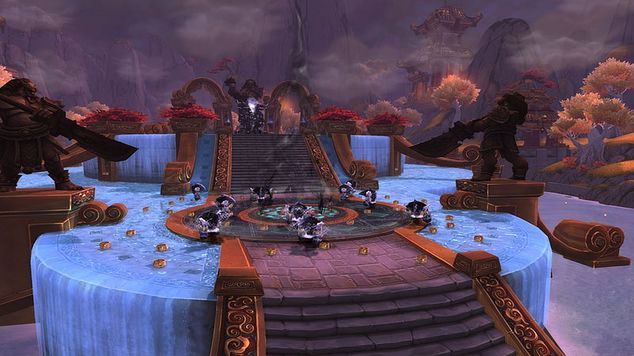 The raids in Mists of Pandaria make up the pinnacle of PVE content, and thanks to the LFR system, pretty much anyone can get in to see them.

This guide covers all the basics that you will need to know in the LFR version of the fights in the final of the initial round of Mists of Pandaria raids the Terrace of Endless Springs. In this raid there are three preliminary bosses and then the final and major boss the Sha of Fear.

Protectors of the Endless Terrace

This is a three phase fight as you deal with three different Jinyu bosses all at once to start with. Once a boss is defeated the remaining bosses heal to full health and gain additional abilities. This means that even though you will be down to one boss in the final phase, that boss will have the most abilities and be the hardest part of the fight to deal with. 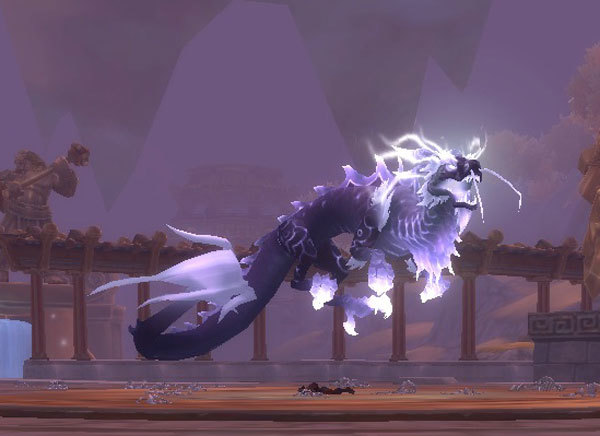 This is a very interesting fight with two alternating and repeating phases of night and day. In the night phase you need to deal damage to Tsulong since he is under the influence of the Sha. In the day phase you need to protect Tsulong and heal him while he is fighting back against the Sha. You can win this fight in two different ways, either by killing him in the night phase of healing him to full life in the day phase. 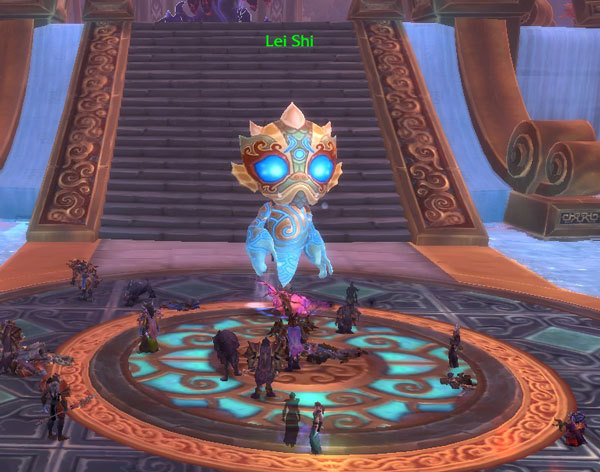 This is a very simple four phase repeating fight.

Lei Shi Macro
/raid Stay behind the boss, AOE to reveal boss when hidden, get in close when pushed away, and focus one add down. 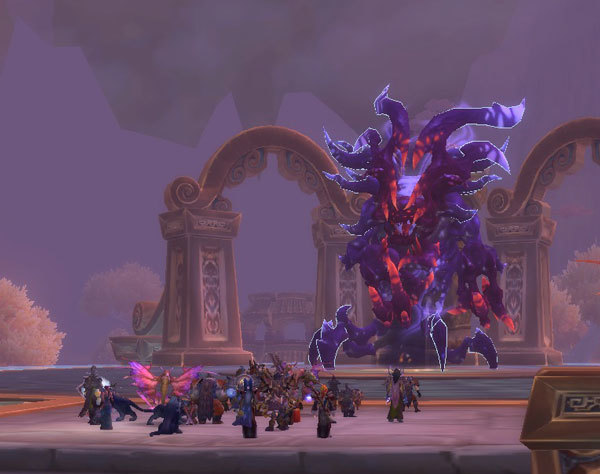 This is actually a very simple fight in the LFR version as long as players wait to attack the adds at the pagodas when transported there.

Sha of Fear Macro
/raid Stand behind tanks, kill adds by getting behind them, get back behind tanks before breath, kill mini-bosses at the pagodas when transported there.