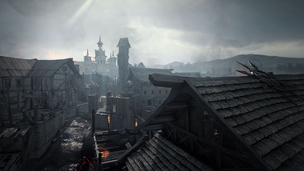 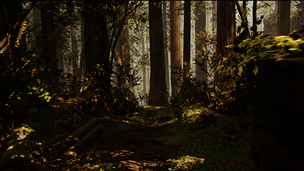 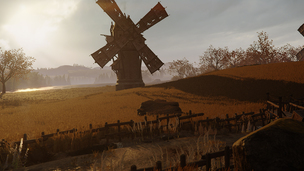 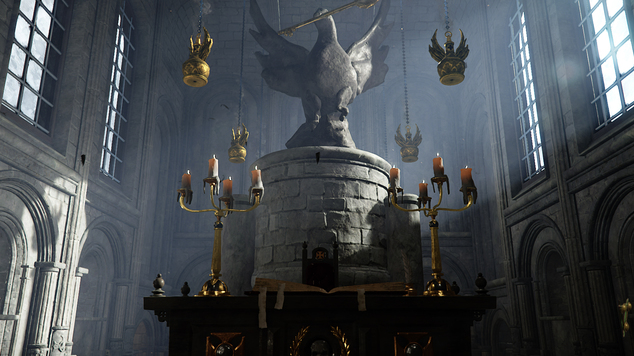 Tomes and Grimoires are integral to obtaining the best loot possible from each mission. Convocation of Decay is Mission 2, Act 1, and sees the heroes

"Helmgart's lost folks, but we still have our little ways of keeping eyes and ears down there, and something's going on at the Shallyan Hospice. Whole thing reeks of chaos magic. Go and deal with it, would you? Things are bad enough already."

1. Tome: The first Tome is in one of the first rooms (Temple Hospice) and is situated on top of a bunk bed. Simply climb the bunk ladder on the left hand wall, and leap straight across onto the Tome.

2. Grimoire: A tricky puzzle. As you encounter Skaven paintings, you'll head down to a series of locked doors. You have to open the incorrect door, by using the wrong brick, BEFORE unlocking the correct one on the upper floor. I typically press the Right > Left to cause the Left door to open.

Inside the tunnel, head straight forwards and to the right. Once in the opened room, jump on the collapsed bookshelf and interact with the suspicious brick. Having done this, head out the room and turn right.

On the left side, through a hole in the wall, is the Grimoire resting in a crate.

3. Tome: When down in the Garrison Sewers, simply walk to the left hand-side, near some wooden boarding, and the Tome is in a box. You'll know when you're in the right place as there's a set of steps in front of you with torture equipment as well as 3 hanging cages from the ceiling.

Once you have the key, head into the next room and climb onto of the rubble in the far right. It's bloody annoying, and you effectively have to repeatedly jump while humping the wall. When almost at the top, you'll gain a clear jump onto the ledge behind you.

When you're on-top, follow the path round to the locked Grimoire and exit by dropping back down into the Old City Cesspit.

5. Tome: The final Tome is just before the last "boss" encounter, immediately behind a shrine as you enter Carlomant's Memorium. Easy.