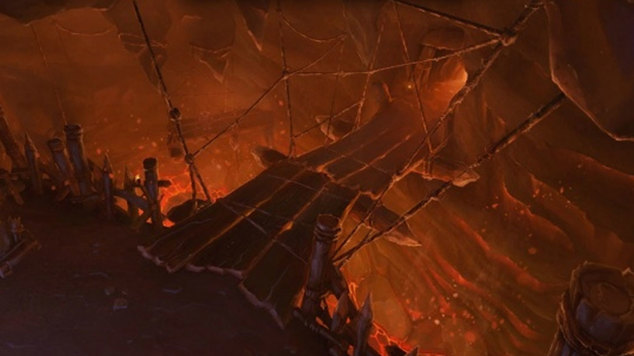 The Bloodmaul Slag Mines are a brand new dungeon found in the Frostfire Ridge zone in the Warlords of Draenor expansion.  The dungeon hosts four bosses and is initially meant as a levelling dungeon for players level 90 to 92, however heroic and challenge versions are available once you hit level 100.

When you first visit this dungeon you will be looking for several upgrades out if it, as in it's base version it provides item level 530 rare items.  Being fresh to the Warlords of Draenor expansion these are very likely going to be better than what you have and therefore it is worth doing this dungeon as early as you can. 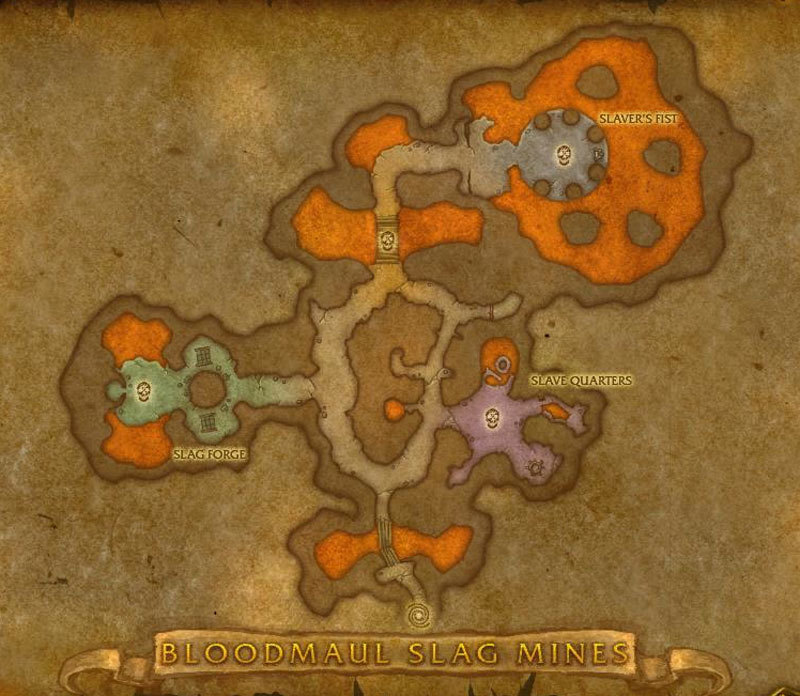 The first boss encounter is made up of two separate phases, the first is against Forgemaster Gog’duh, and the second against Magmolatus.  In both phases you will need to deal with the relevant boss and several adds.

In this phase you need to deal with the Forgemaster and several elementals.  The key elementals are called Ruination and Calamity.  Both of these need to quickly be taunted by the tank and held near the boss.  Ruination has a smash and Calamity has a cleave, meaning that both need to be kept facing away from the rest of the players.

While the tank needs to hold the adds and the boss, the DPS players need to prioritize killing the adds before moving back to the boss.  DPS players also need to make sure that they interrupt Calamity any time it tries to use it’s Firestorm ability.

All players need to avoid the two AOE effects in this phase called Magma Barrage and Shatter Earth.

Lastly there is a DOT applied to players during this phase called Dancing Flames that should be cleansed if at all possible as it deals damage and transfers to a new player after 6 seconds if not cleared.

Once you have defeated the Forgemaster Gog’duh, the second phase will start.

In this phase you need to deal with the real boss, the fire elemental Magmolatus, however he will continue to summon adds similar to the first phase.  The adds in this phase are called Molten Elementals and they need to be killed of quickly.  Also it is important to interrupt their Magma Barrage and Volcanic Tantrum abilities whenever possible.

The key element in this fight for the tank is to move away from the boss any time the Slag Smash ability is being cast.  Any player remaining in the AOE will suffer heavy damage and be stunned for 3 seconds.

This phase can be quite hard on the healer if DPS is not high enough to burst down the Molten Elementals fast enough.

As in the first phase there are two AOE effects that everyone needs to watch out for, but this time they are called Molten Impact and Magma Barrage.  Help your healer and stay out of them.

Lastly, once again there is a DOT applied to players that should be cleansed any time you can.  The DOT is even worse in this phase as it deals damage, as well as slowing the affected player, as well as spreading if not cleared.

The second boss fight in this dungeon is a single phase fight that needs players to pay attention to what is going on around them and to move or interrupt the boss’s abilities as required.  Players also need to worry about killing off the numerous adds called Captured Miners that are summoned throughout the fight, while still doing enough damage to kill off the boss.

Chrushto’s ability called Ferocious Yell needs to be interrupted any time it is cast as it raises the damage he causes.  His Earth Crush ability targets the area around a random player and everyone near that point must move out of it quickly or they will be stunned and take heavy damage.  His last ability is a pair of abilities that starts with a Wild Slam that pushes all players away from him, after which he does a Crushing Leap at a random player.  This ability can not be avoided.  The player hit with the Crushing Leap is stunned for a full 8 seconds and becomes the focus of both Crushto and any Captured Miners that are active.  They can not be taunted off of the player until that 8 second time frame ends.

The tank in this fight needs to keep any miners and Crushto taunted and on them at all times, other than during the 8 second focus period.  DPS players need to ensure they use any avoidance or mitigation that they have to help keep alive if they are the target of Crushing Leap.

This fight can be difficult due to the amount of damage caused, and can be even more difficult if the healer is targeted by the Crushing Leap multiple times.  If this happens make sure that anyone that can, helps keep the healer alive.

This third boss encounter in the dungeon is a pretty simple fight and actually feels like a DPS check encounter in a raid.  The mechanics are simple, but has a soft enrage timer type mechanic built into it.

The fight takes place on a bridge and throughout the fight Roltall will send three Fiery Boulders towards the players.  These boulders will come down the left, center, and right side of the bride, but come in a random order each time.  After the third boulder of each wave Roltall will cast a Heat Wave that hits everyone for some damage and pushes them away.  Right after this Roltall will then throw Burning Slag at a random area of the bridge that leaves a permanent AOE pool.  These pools forms a soft enrage mechanic for this fight.

That’s all there is to the fight.  Tank holds aggro, DPS avoids AOE and maximises damage while they can, while Healer tries to keep the tank up and anyone that fails avoiding the AOE.

The final fight in this instance is actually fairly straight forward, but one that requires players to move a lot and to change targets a lot.

The boss has three main abilities that need to be managed.  The first is his Molten Blast ability which deals heavy damage and grants his a stacking damage buff called Molten Core.  It has a long cast time though so can, and should, be interrupted whenever it is cast.  If an interrupt is missed, Molten Core needs to be cleansed off of Gug’rokk or he will explode in a Molten Barrage when he reaches 3 stacks of it.  If this happens you stand a good chance of wiping.

Gug’rokk’s second main ability is Magma Eruption which creates an AOE damage pool under each and every player that remains in place for 2 minutes.  Players need to get out of these AOE pools quickly.

Gug’rokk’s third ability to watch for is the Unstable Slag that he will summon throughout the encounter.  When this happens players need to target them and DPS them down before they reach one of the kilns around the edge of the room.  If they fail to kill them, once the kiln is reached they will gain the Empowered Flame buff and deal heavy damage to everyone in the party.

The main factor in success for this fight is planning ahead, and interrupting Molten Blast (or clearing the Molten Core buff if you miss the interrupt).  The tank needs to move the boss around the room in a set pattern, and players need to stay relatively close together to arrange the magma pools in a way that leaves them a lot of space in the room.  If players end up moving all over the place or the tank moves randomly, then the room will quickly become filled with AOE pools and players will have no where to go.  If players manage to do that and keep the interrupts and cleanses up, then the fight can be pretty easy.