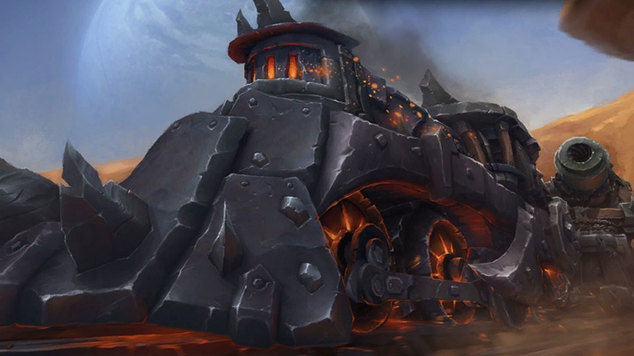 The Warlords of Draenor expansion brought with it several new instances, this guide is to one of them that opens up to players once they have reached level 100 and is called the Grimrail Depot.  The instance is available in normal, heroic, and challenge versions. On normal mode you will be rewarded with ilevel 615 items.  The heroic version of the instance will reward players with ilevel 630 items.

The instance starts at the Grimrail Depot but most of it takes place on a moving train as players fight from the rear of the train forward and is reminiscent of several old western movies that use this theme.  The instance is fun but fairly short containing only three boss encounters: Rocketspark and Borka, Nitrogg Thundertower, and Skylord Torva. 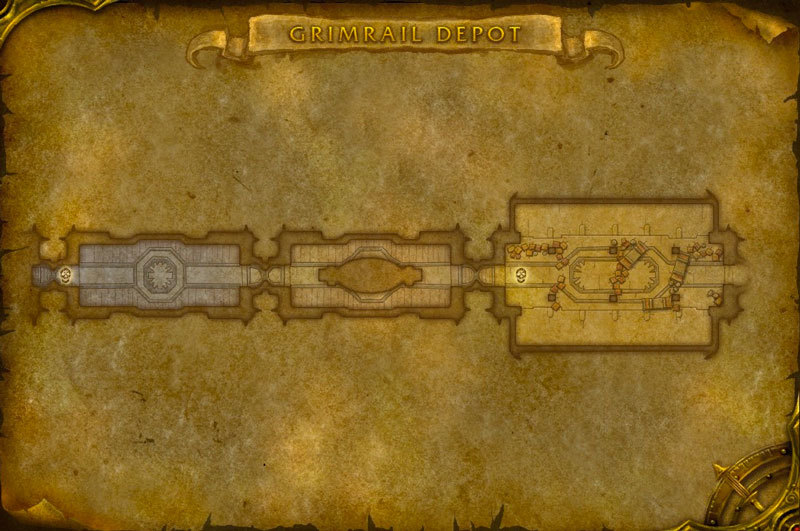 This fight is against two bosses at the same time, however only one of them is tankable.  Borka is the tankable boss and has an AOE slam and a Mad Dash ability.  The mad dash will head in the direction that Borka is faces and hit everyone in his path.

Rocketspark is not tankable and is only attackable part of the time.  While he is on the ground he is attackable and will target two random players with missiles.  The rest of the time he will launch into the air and become un-targetable for attacks, as well as start to channel missile barrages hitting everyone until interrupted.  To interrupt this barrage and bring him back to the ground the tank must make sure that Borka’s Mad Dash hits Rocketspark.

The fight requires a lot of movement and target switching as players should focus on Rocketspark while he is on the ground.  Try to ensure that Rocketspark dies first so that the fight is simpler once you are down to one boss.  The tank is the key member in this fight due to the fact that they need to aim the Mad Dash for the best chance of success.

This second encounter has three phases. The first part is fairly simple, but be prepared for the second phase where it gets a bit crazy, and then the third phase is easy again.

When you first engage Nitrogg Thundertower he will be in a small room and he has very few abilities, the main ones being mortar and grenade AOE attacks.  This will last until he is reduced to 60% health at which point phase 2 starts.

When phase 2 starts the train car you are in will open up and the sides fold down making a bigger area to fight in.  Nitrogg Thundertower will then run to the far end of the train car and jump into his Assault Cannon and start shooting at players.  If targeted by the cannon players must break LOS by hiding behind a pillar or crates so that they are not damaged.  While in the cannon waves of adds will spawn that need to be tanked and killed as quickly as possible.  The phase will last until you can destroy the assault cannon and force the boss out of it, at which point phase three starts.

In phase three you simply need to finish defeating Nitrogg Thundertower.  After the madness that is normally phase two, this should be pretty easy, just avoid as much AOE as possible.

The third and final encounter is against Skylord Torva and takes place on a large open train car.  The fight is fairly simple and is mainly a DPS race against a soft enrage timer and avoiding a large amount of AOE damage.

Skylord Torva has several AOE effects that make up the damage in the fight, such as Freezing Snare which will trap you in place and Spinning Spears which move towards a random player causing damage in its path.  The most dangerous AOE though is the Diffused Energy areas that Torva releases throughout the fight.  These areas start off small but grow larger the longer the fight lasts.  This element forms the soft enrage of the fight, since if you take too long the Diffused Energy will end up filling the platform and be extremely hard to heal through.

Deal damage quickly and avoid the AOE damage to beat this straight forward boss and the instance.