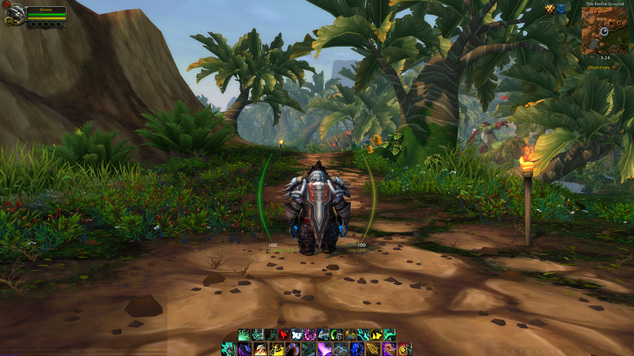 World of Warcraft: Best Addons For BFA
Looking to improve your UI in BFA? Here are our favorite Addons.

After returning to WoW it becomes relatively clear that the default UI, while serviceable, isn’t amazing. It does most things well, but if you’re after control of frames, a more transparent UI, or greater detail on specific things, it simply won’t do. In this guide I’ve pulled together a list of Addons that are well supported, aren’t bloated, and which work well without too much setup time.

Probably the most popular damage meters, it’s perhaps not as lightweight as it could be, but it’s undeniably good. Accurate in its numbers, Details provides you with a solid incentive to top the damage charts, and in some respects, ensures you’re keeping pace with those around you. There’s no real need for this Addon unless you’re regularly running dungeons or end-game content, but it’s fun knowing how much damage you’re doing compared to everyone else.

Details effectively replaces your existing action bars with ones that are minimal, but controllable. You can move them anywhere you wish, scale them and change their opacity. While it doesn’t sound a huge Addon, it’s clean and lightweight and if you’re going for a minimal UI, it’s great.

If you’re looking to completely transform your UI, so there’s no shred of the original left, you really should dive straight to ElvUI Enhanced (Again). Newly released for BFA, it pretty much changes everything and neutralizes much of the UI with a flat-design styling. There's the potential with this one Addon to customise the UI to a frightening degree.

Healers Have To Die to give it its full title, is an incredibly valuable Addon that allows you to pinpoint enemies or players that are capable of healing. When they have, the Addon will automatically mark them with an appropriate symbol, allowing you to focus on them. For interrupting their spellcasting, and ensuring they don’t continue to keep themselves or their allies alive, it’s amazing. 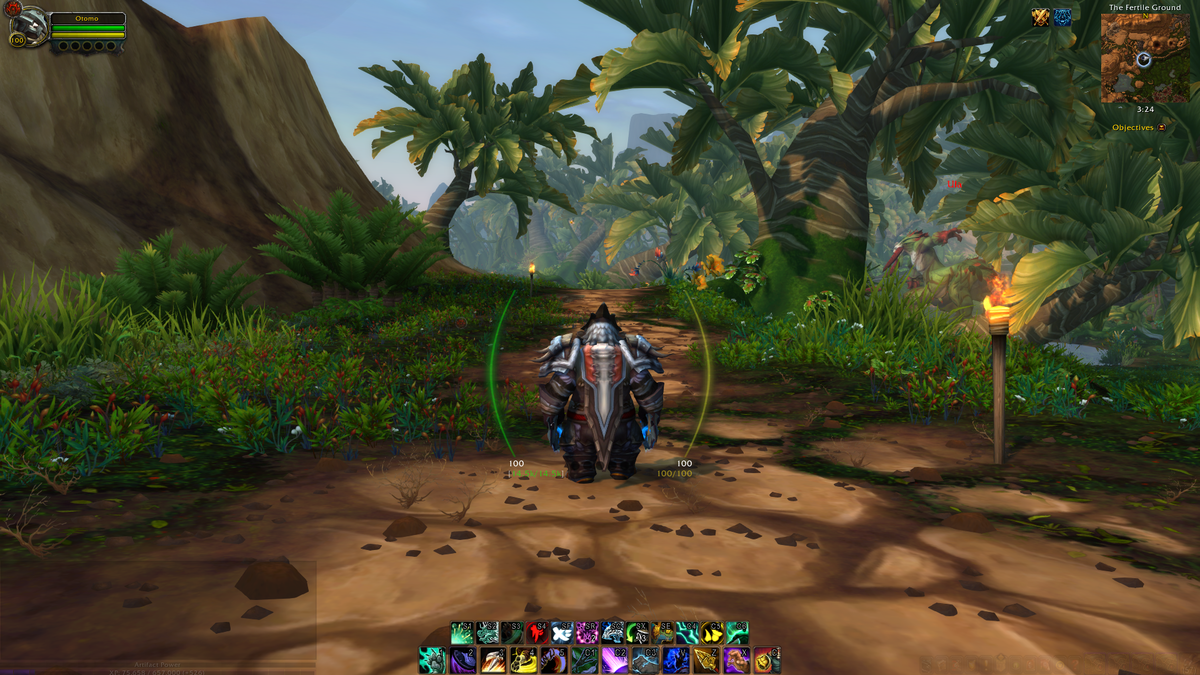 My finished UI, with it using almost all the Addons listed here.

I think it’s fair to say that the default UI isn’t great for ensuring your eyes stay focused on your opponent. Darting to the top left of the screen to view your health or class resources isn’t great. IceHUD allows you to place your health and mana/energy around your character, while also displaying any combo points/resources your class has. With a couple of tweaks, it looks great and works exceptionally well at keeping track of the important stuff.

If you’re going for a minimal UI, Immersion is excellent at removing the default quest giver UI. Instead, you’ll be greeted with the active quest box that’s shadowed, and included the NPC chatting away. It looks fab, is less intrusive, and you actually get to see who you’re talking to as they tell you what they need. It’s not a huge UI change, but subtle enough to grant that little bit more immersion.

The default Blizzard combat text is awful. It’s just a series of numbers that doesn’t show where it’s coming from, or who dealt what. That’s not great for PvP, and it’s certainly not great when running dungeons or raiding. Mik’s Scrolling Combat Text is a much more robust version, and replaces the Blizzard text completely. It’s highly configurable, allows you to position where your combat text appears and importantly, what appears. While it’s more than capable of displaying a huge amount of information, with some tweaks and a little time spent configuring it, it’s invaluable.

An Addon that should be adopted by Blizzard within the default client, Move Anything is amazing. It effectively allows you to move, well, anything. Not only that, you can resize windows, hide them completely, or tweak arrangements. For customizing your UI, it’s absolutely incredible and its helped me not only achieve the look I want, but also get rid of a lot of clutter I dislike.

A simple but robust Addon that allows you to heavily customize the look of your mini-map. While I go for a minimal look with no borders, no edges and only a square tile, many use the pretty solid templates it provides. It’s easy to use, and super quick to setup.

Adopted after I switched from Hunter to Monk, purely because the class rarely uses their weapons, StaySheathed allows you to constantly have your weapons in your hands, rather them being on your waist or back. For casters, or some melee classes, it’s absolutely brilliant and allows you to actually make use of your weapon. Just be aware you’ll need to adjust a line of code in the Addon files to make it work with the latest update. Instructions here.

Giving you the ability to hide your chat window, and really minimize its footprint on your screen, XanChat is great if you want to keep the minimal look without downloading a heavy Addon. It doesn’t really need any setting up, and does all that it needs to straight out the box.

Think we've missed an awesome Addon? Let me know and I'll it to this list. As always, we'd like to thank our community for suggesting many of these, as well as Violence Reborn.