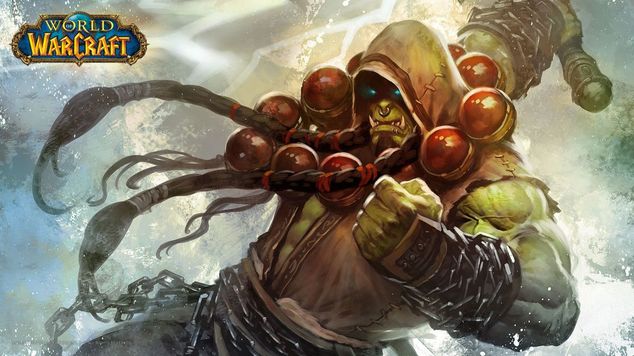 The Shaman is a master of elements, capable of summoning forth totems that will buff his or herself and their allies. Totems range from healing and mana to powerful elemental beasts of destruction who bring fear and terror to the battlefield (seriously, the flame elemental is pretty scary when he's coming). Shamans can fill either three roles: caster, melee DPS, or healer. Each role has a very specific and unique playstyle and is focused around some really neat game mechanics. As an example, melee Shamans have Enhanced Weapons (previously Windfury) which allows your main-hand weapon to attack up to three times each strike and your off-hand deals additional fire damage. Generally speaking, you can consider Shamans be lords of burst damage, with each damage spec focused on dealing a lot of straight up-front damage, whereas healing as a Shaman is about passive healing and efficent use of spells.

If you haven't already, choosing a Shaman is for players who enjoy a very fun and dynamic class with a lot of depth and a lot of burst damage capacity. Unlike similar classes, Shamans rely a lot on procs (abilities that trigger off of an action such as an auto-attack or a spell cast), either for their instant Lava Burst or through Enhanced Weapons (Windfury). If you're good at managing auras (effects that let you know when something procs) then Shaman will definitely be a really good class for you.

Likewise, it's critical to know, that your fun with a Shaman is truly dependent on how well you can manage and manipulate your abilities and handle a very non-static damage rotation during the late game. Additionally, Shamans can reach points in the journey to the endgame where they lack enough damage output or enough abilities in their toolbox to compete with other classes, like a Rogue or a Mage, but by virtue of their hybrid nature, it's meant that way to compensate for the purity of other classes. Of course, in modern WoW, you do get the vast majority of your tools up front now at an early level, so it's not nearly as bad or even noticeable as in previous expansions.

It's also one of the few classes where I believe you really need to play it awhile to understand it and the mechanics involved.

All Shamans have specific skills like water walking, various totems, ascendance (a huge buff), bloodlust / heroism, minor healing and damage spells, etc. The primary abilitys of each specialization come once you specialize.

Totems are something every Shaman has and you can have four up at any given time, but only one from each element (earth, water, air, flame).

Totems must be summoned individually. Totems provide passive buffs or offensive debuffs / attacks and last until unsummoned or their timer expires, which can be done through Recall Totem for free (returning 25% of the mana as well). One of the key elements to a Shaman is properly utilizing which totems to spawn when and, just as important, which situational totems to use. Totems are on a lower global cooldown and can be cast even while silenced, and are very useful in both PvE and PvP. In modern WoW expansions, totems provide a utility buff, but in previous expansions they were more permanent passive buffs.

Shamans can specialize into either Enhancement (melee), Elemental (magic), or Restoration (healing). Each one has a different playstyle drastically different than the others, but the core skills from each tree are available, so all Shamans can heal themselves and defend themselves appropriately. Enhancement Shamans will rely on gaining multiple white damage hits (actual weapon damage) while casting instant cast spells at their enemy as different abilities proc. Elemental Shamans alternate between Flame Shocks and Lava Burst, mixing in Lightning Bolt whenever there is nothing else to cast. Restoration Shamans use Chain Heal and Healing Wave to ease the wounds of their allies and to keep raids / parties alive.

When leveling, pick Restoration if you want to PvP or do dungeons, as you'll get much shorter queues, but will not be effective in questing. Pick Elemental or Ehancement for questing, dungeons, or PvP.