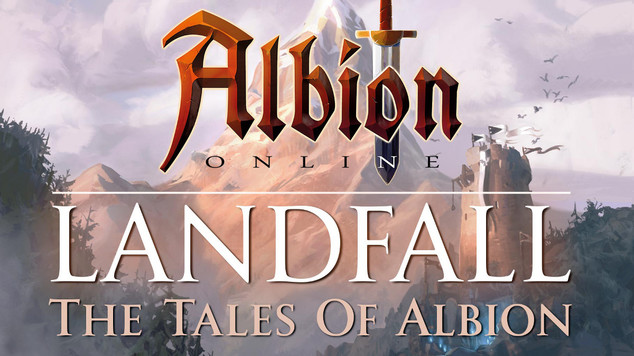 Novel tie-ins for virtual worlds can be an excellent way to delve more deeply into the lore of a favorite game. While there have been relatively few novel adaptions for MMOs over the years, most have been well received which I expect will be the case with “Landfall”, a new novel set in Albion Online.

“Landfall” is now officially available for purchase as either an e-book or a good old fashioned actual book. For those of you born after 1999, a “book” is this thing involving binding pages together that contain printed words, and sometimes even pictures! These pieces of ancient technology were quite popular for some time, and occasionally had the ability to ruin entire cultures and governments, thus being banned and removed from general access by the public. Thus is the power of the printed word folks.

The "Landfall" novel was written by none other than Peter Newman, a name many of you may be familiar with from “The Vagrant” series. In the official announcement for the novel release, Peter had the following to say about his work on “Landfall”:

“I've had a great time in the world of Albion and I've really enjoyed weaving the game lore and the novel together. The cover looks great and the interior art is lovely too. I'm looking forward to readers and players getting their hands on it!”

An excerpt from the novel is also available (taken from the back cover teaser) to give you a taste of what to expect:

“Albion. Land of mists and mysteries, where mankind resembled gods. But these gods were flawed and they turned their powers on each other, making rivers of blood and birthing horrors we were not meant to know, until giants battled demons over the fate of the world. And then, as the fighting reached its peak, a great power reached out and Albion simply vanished.

For over a thousand years it has been hidden from the eyes of men. When the impenetrable mists hiding Albion began to lift, the King of the Old World sent a rag tag group to explore and settle there. Initially, reports of wonders and wealth came back, then, without warning, all went quiet.

Now a new convoy is being sent, seven ships sailing for the mysterious land of Albion. Their crews and captains have many reasons to risk the journey, a mix of opportunists, adventurers, and those keen to leave behind their old lives. But the sins of the past are not so easily left behind and the lure of power and magic weaves its spell long before arrival. Before the ships have even made landfall, old rivalries simmer and, without warning, one ship turns its weapons upon another…”

If you’re looking to snag a copy of “Landfall” for your very own, you can do so now over on Amazon.