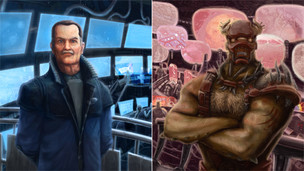 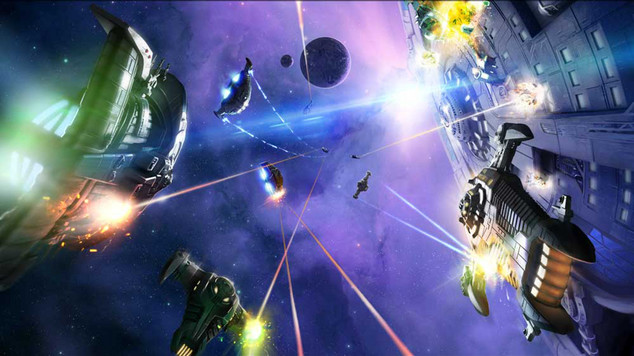 Soloing has become a staple within the MMO genre to the point where the massively single-player niche has largely taken over and become the norm. However, building a full MMO as a solo project is so far outside the norm that very few developers have attempted to take on such an ambitious project. Perhaps the best known example to date would be LOVE, a largely procedurally generated oddity that was more artful than it was deep.

Bruno Campolo is embarking on a similar journey with his MMO project, Starship Empire. Following a positive reception at the recent PAX East, Bruno is currently seeking funding via Kickstarter to help bring his vision to the masses.

As the title suggests, Starship Empire is set in deep space and is described as “real-time Gratuitous Space Battles meets FTL.” Faster Than Light became a quick favorite of my once fellow TTH staffer Ethec finally convinced me to give it a whirl, so needless to say I’m curious as to how that translates in Starship Empire.

The official Kickstarter page for Starship Empire describes the game as:

“Starship Empire is a real-time space MMO with tons of PvP action.  It takes place in a persistent universe where hundreds or even thousands of players are all interacting with each other at the same time, talking, trading and blasting the hell out of each other!  You play the role of the ship’s captain and not only take your ship into epic space battles, but you command a full crew as well.  Command one of your engineers to fix a broken shield generator or tell one of your security officers to attack intruders that are boarding the ship.  There’s just as much fun inside the ship as there is outside!”

It goes on to list out some of the game’s core features, including:

Be sure to check out the full project page for more details, or you can also hop over to the official Starship Empire website. In the meantime, we’ve also added the game trailer below for your viewing enjoyment.

We’ll definitely be keeping an eye on Starship Empire moving forward, and have to give props to Bruno Campolo for taking on such an ambitious project.

To read the latest guides, news, and features you can visit our Starship Empire Game Page.

Starship Empire Seeks Support from MMO Gamers
With only 2 days remaining in the current Kickstarter, Starship Empire needs your support to meet its funding g