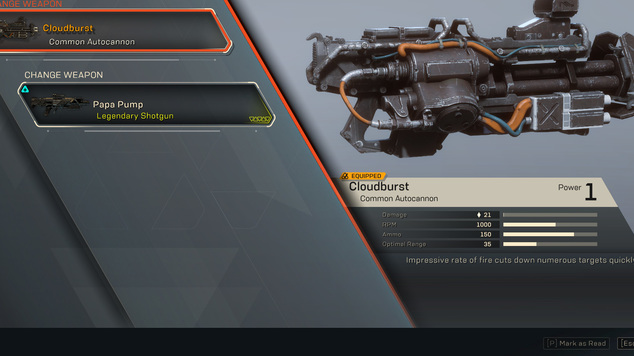 Anthem: Weapon Scaling Discovered As Nonsense
Yet another bullshit issue found in Anthem that makes grinding for loot, in a loot shooter, absolutely pointles

As if Anthem couldn't get any worse, its just been discovered that its entire loot scaling is nonsense, and level 1 abilities and weapons deal more damage than those at higher tiers. Instead of Anthem being designed for X enemy to have Y health, and for each ability or weapon to scale based on its rarity, it seems the entire game is simply scaled to the gun level.

Having tested it this morning on Grandmaster 1 and Grandmaster 2 difficulties, with a level 30 Colossus with full beginner items, I can confirm that I ripped through enemies at twice the speed than with my Legendary setup. That, to be blunt, is absolutely bullshit. To make matters worse, Bioware say its a bug that'll be fixed, but I think it goes far deeper than that. Why, until it's fixed, would I equip anything other than my level 1 weapon? Take a look below.