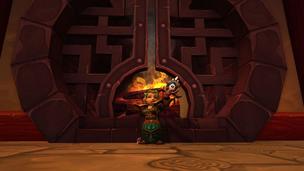 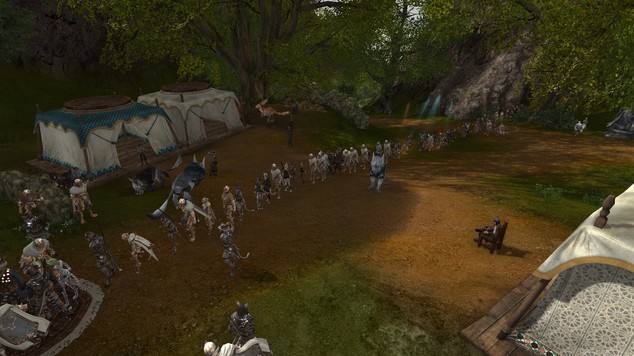 While casually browsing Reddit after posting my last article (which you should read, because Marvel Heroes 2015 Rogue is a total badass), hoping to find cute cat pictures, goats doing anything and seeing how creepy those PMs over at /r/creepypms really are today, I stumbled upon something quite unexpected, for several reasons. Redditor Killsomecero posted a photo album of ArcheAge players working on turnins for the Great Golgi Device. KSC posted eight images that all basically show the same thing: a long line of players waiting to hand in their device.

These images show us two things: a large glaring oversight for ArcheAge and the community being truly awesome as a response. First, let's look at what's wrong with these screen shots. Those first two Ms in MMORPG mean massively multiplayer, so having a quest NPC that will only take one handin at a time is a huge issue. Not only do these players have to deal with this bottleneck, but it's a huge waste of time for everyone. Mob tagging for kill quests has been issue enough, making players form roaming raid groups in each zone so they can progress through their quests. 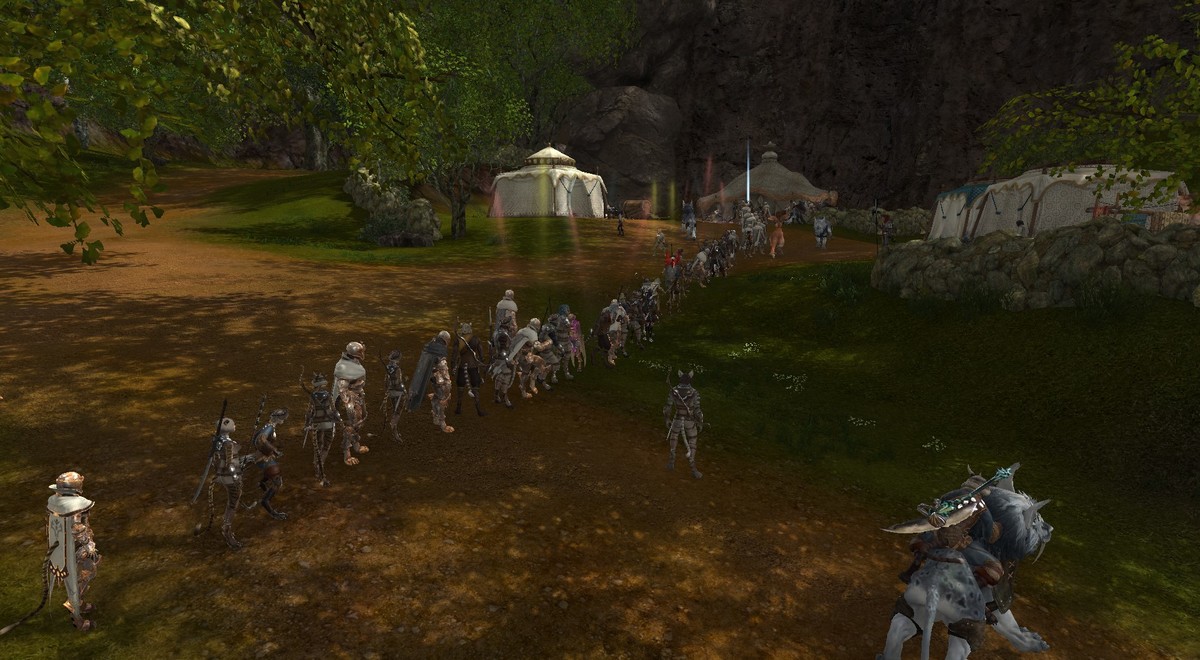 While they've managed to overcome issues with the leveling system as far as tagging mobs is concerned, having to wait in line for their turn to hand in a quest is pretty silly at this point. Yes, plenty of MMOs before ArcheAge have had this issue, but that's not the point. 2014 is almost over, so how is this still happening? This game has been out for some time in other regions, with extensive North America testing before it finally launched here. At this point, it's pretty unacceptable to force your players to deal with game design like this. I sincerely hope this is an oversight and not intentional. Seriously, the mob tagging is bad enough and it wasn't fun in 1999 when we didn't know any better.

Now, let's look at the community response to the issue. The responses, for the most part, are either pointing out how this has happened in other games, which of course was an issue that ends up being fixed and not intentional design. Other comments have been surprisingly constructive, yet highly critical. No one is calling out for someone to be fired or trying to come up with creative swears of deprecation towards the development team, whether it be Trion or XL Games. People are rather calm, probably because it is rather awesome seeing how the players are dealing with the issue in game. 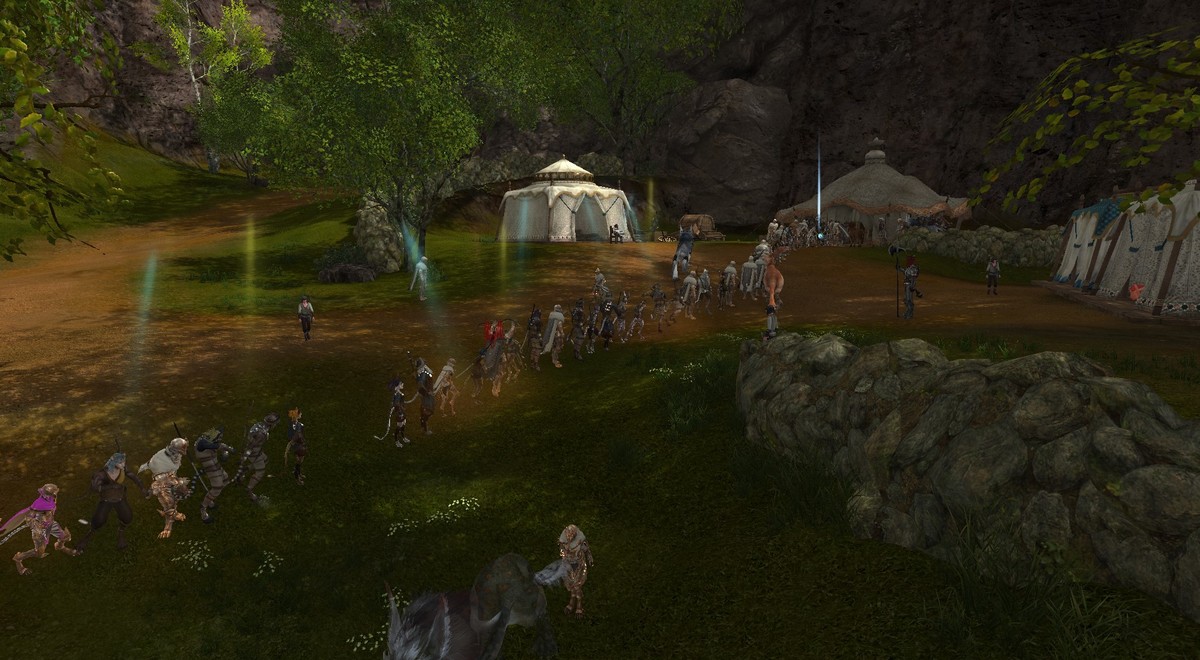 Not only are folks patiently waiting in line for their turn, but line cutters are being dealt with swiftly. Because of ArcheAge's collision physics, line cutters are being pushed out of the queue. They either get in line with everyone else or they won't be allowed to get close enough to hand in the quest. This could be a whole other matter if the area was an open PvP area, which could also change the dynamic here. It's possible that instead of everyone waiting in line, that a brawl would be taking place instead, but that is something we can only place in the “maybes” file. In the “actualities” file, we can only praise the community for their patience and working together to make sure everyone takes turns in the proper order.

Have you been playing ArcheAge? Have you gotten to this point in game? Do you feel this is an oversight that will be corrected, or is it intentional design? Do you think this is fine as is or that it needs to be changed? If you were designing a game, would you add in something like this to see how the community deals with it? Would you put the quest NPC in an area that allowed for open PvP? Let us know what you think of this!