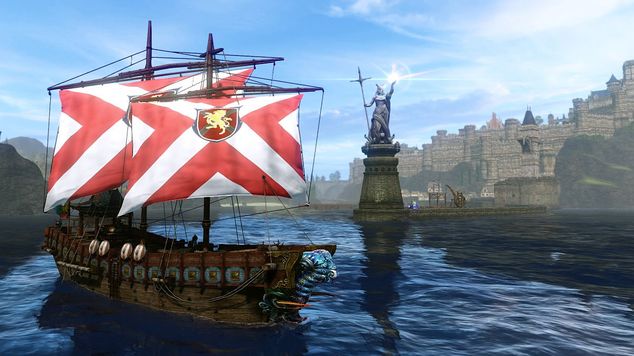 ArcheAge Server Transfer Details Released
Tons and tons of details have been released for the upcoming server merge for ArcheAge.

It looks like things are moving ahead with the server transfers in ArchAge. The fun begins August 25th, with optional server transfers begining (with a heap of limitations). Transfers will close September 4th and be processed on September 8th. From there, sometime in the middle of September, they will begin the server merge process. Three sets of two servers for the US and Europe will then become one new server, while a "fresh start" server will come online during this process. Exact dates for the merger and the new server launches haven't been provided.

There are some big catches and some choices that players will need to make. You can transfer to a current high population server, which will be processed September 8th. You can't have a lot of things on your account to be eligible for this. You can not worry about it and just go along with the merge. The list of things that'll happen to you is much smaller, mostly your land will be demolished and you will need to reform your guild and family. Oh and castles are going bye-bye. Anything taken from you will result in a compensation package of some kind, which details aren't released. The last option is just make a new character on a new server, including the upcoming fresh start servers, if you want to.

This is a decent enough way to deal with the lower population servers, I think. ArcheAge is a complex game, so there is obviously going to be some big issues with merging servers and land. Trion has stated they'll be monitoring exploits of land grabs, so let's hope that we won't have to deal with that nastiest anymore (hopefully).

Here is the news post and a follow-up Q&A that was done on Twitch.

Player reaction has been mixed - some happy to have the low pop server issue dealt with, others angry that they'll have to do the land grab thing again. I don't know how it'll play out, but we can wait and see and hope everything works out.