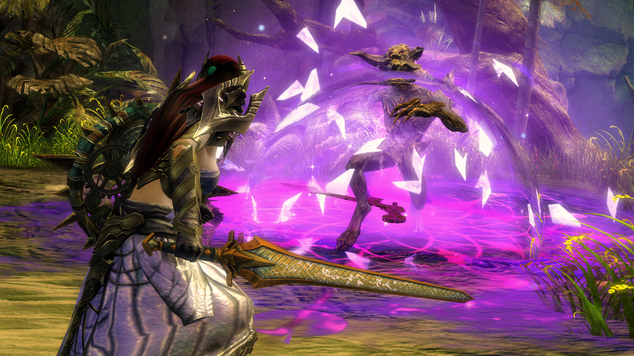 ArenaNet Reveal The Mesmer Elite Specialization: Chronomancer
As the first of three elite specialization reveals planned for the next few weeks, ArenaNet have released the f

Later today ArenaNet will release a blog post detailing the new mesmer specialization for Guild Wars 2: Heart Of Thorns. As a surprise to no one, the chronomancer is a unique elite specialization that places an emphasis on the manipulation of time. Providing the ability to stop and even revert time through the use of their abilities, this time mage is going to offer an engaging and unique experience.

The core feature of the chronomancer is the emphasis on its duality: past versus future, and fast versus slow. These principles are what define its play style and skills, with many of them affecting both players and allies. 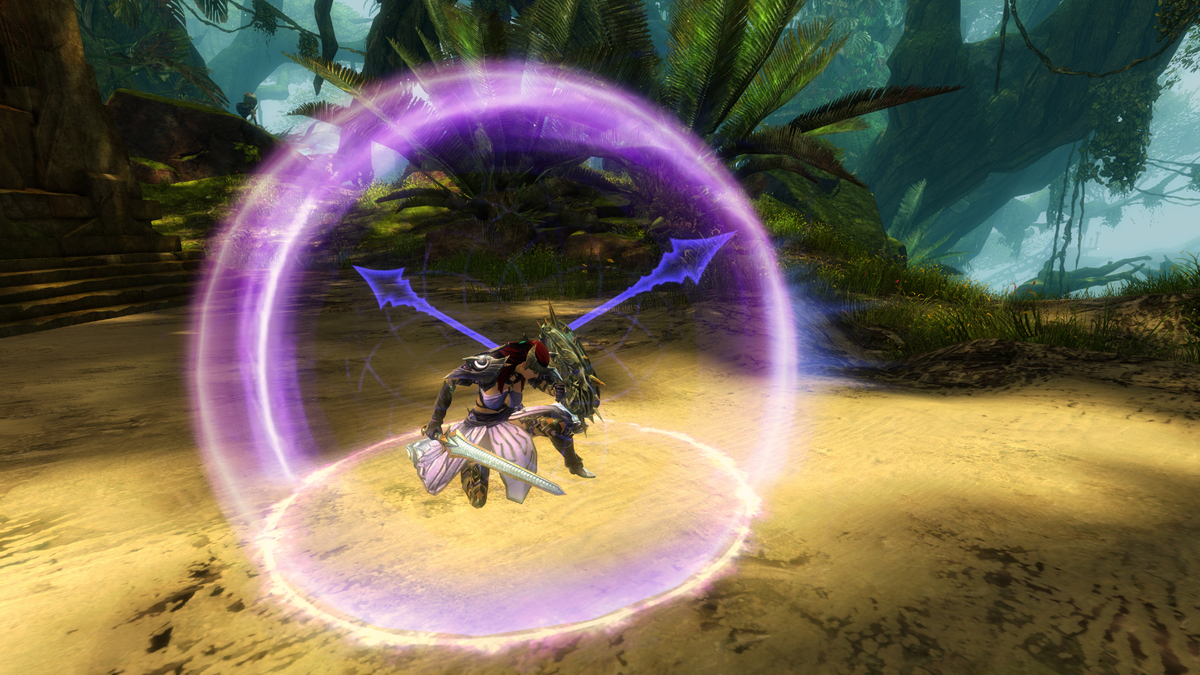 When mesmers specialize in chronomancy they’ll gain access to a new effect called alacrity. This effect functions as the inverse of chill and is able to reduce the cooldowns on your skills (as opposed to chill which elongates them). The chronomancer is the only specialization which gains access to this effect so in group situations, it’s going to be incredibly important that the chronomancer shares this in limited ways.

Robert Gee who wrote the chronomancer reveal details of one minor trait. “One of the specialization’s minor traits allows chronomancers to grant alacrity to themselves every time an illusion shatters. Maintaining a good shattering cadence can greatly enhance your effectiveness over a prolonged battle. Phantasm builds shouldn’t feel left out, though, since other skills can give alacrity to your illusions, making them attack even more often.”

In addition to the above, chronomancers also gain access to one additional weapon: off-hand shield. Even without alacrity the chronomancer will be able to have special mechanics that allow them to use the skills more frequently. The intention being that skilled chronomancers will be able to maximize the use and effectiveness of these shield skills. If you take a look at the shield picture on these pages, the skill is known as Echo Of Memory. 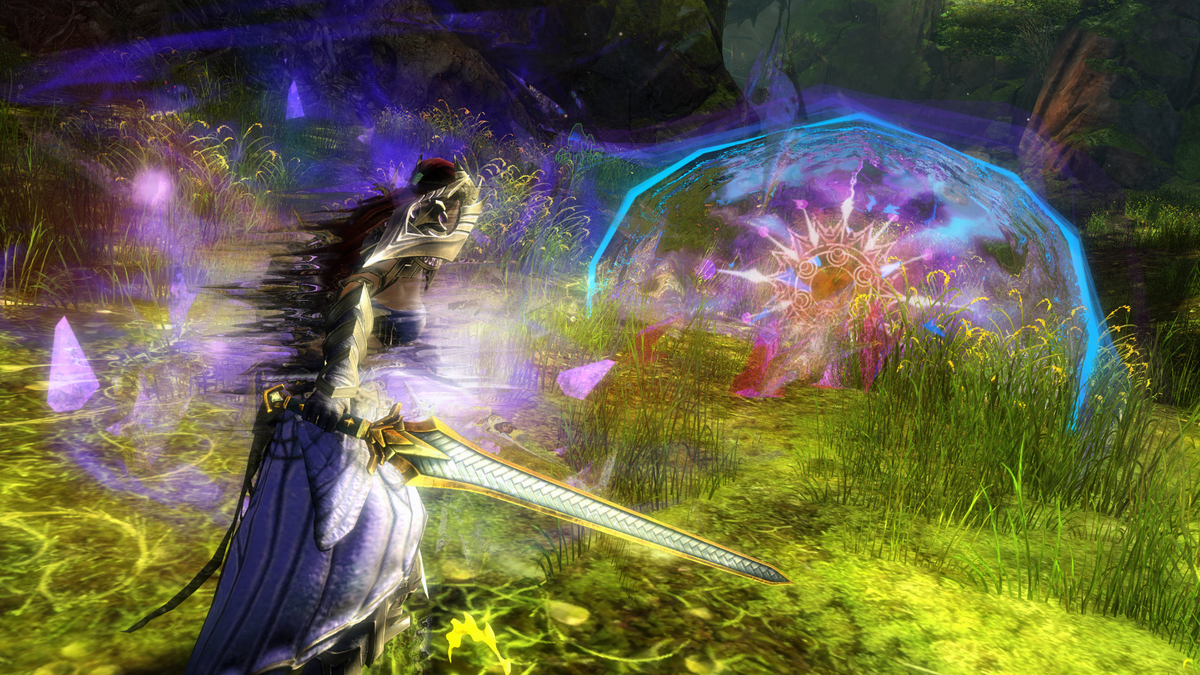 One particular skill that Robert mentions is called Tides Of Time. He states, “Tides Of Time launches a wall of compressed temporal energy from the chronomancer’s shield that travels forward a moderate distance, absorbing all projectiles that are fired into it. If the wall passes through an enemy, that enemy becomes frozen in time and stunned for a short duration, while allies touched by the wall are granted a short burst of quickness.” If that doesn’t sound awesome enough, there’s more. “When the wall reaches its maximum distance, it turns around and rewinds itself back toward the chronomancer, applying all its effects on targets in its path a second time. An adept chronomancer can even reposition while the wave is moving, to change the returning trajectory of the wall.If you’re able to pass through the wall on its return trip, it refunds a portion of the recharge so you can use it again sooner! Saving time has never been so effective.”

A piece of information regarding the chronomancer that has me particularly excited is that the necromancer now isn’t the only profession with access to wells, with the mesmer now granted access to a selection of them. When you become a chronomancer you’ll unlock a suit of time-themed well skills. These wells, as we saw in the original Heart Of Thorns trailer, place a giant clock face on the ground that ticks in time with a pulsing effect. There will be three ticks overall before the clock deals a final powerful burst. Like most of the chronomancers skills, there are offensive and defensive properties to these bursts, with players needing to pay attention to when they’ll detonate. 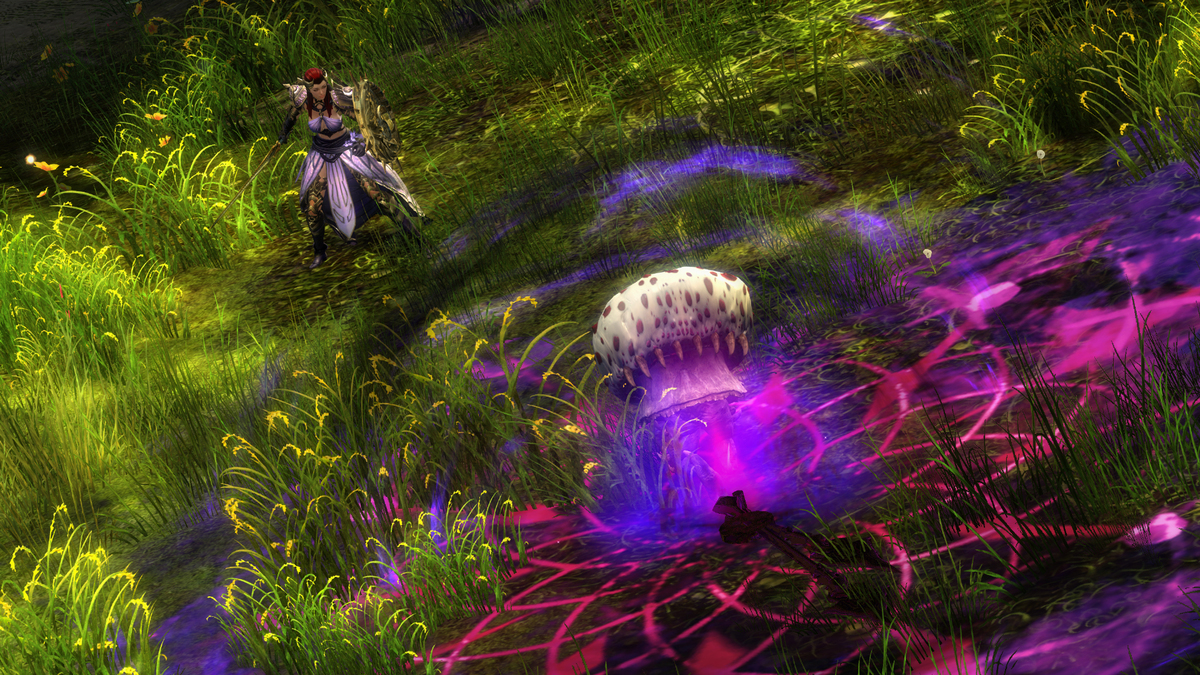 From the press kit I’ve received, it also looks like there are 4 wells so far, including an elite:

ArenaNet have been kind enough to let us know what one of the wells does. “The Well of Precognition creates a well that alters the future of allies in the area, causing their attacks to become unblockable. When this well ends, affected allies can read the future for a short duration and evade all incoming attacks. Using this well tactically can help a team bust through defense-heavy foes while also protecting allies from counterattacks.” It all sounds pretty powerful, but ArenaNet have assured that even though the final effects are strong, wells have a lengthy cooldown are pulse based. Managing your alacrity will be pivotal in reducing their downtime. 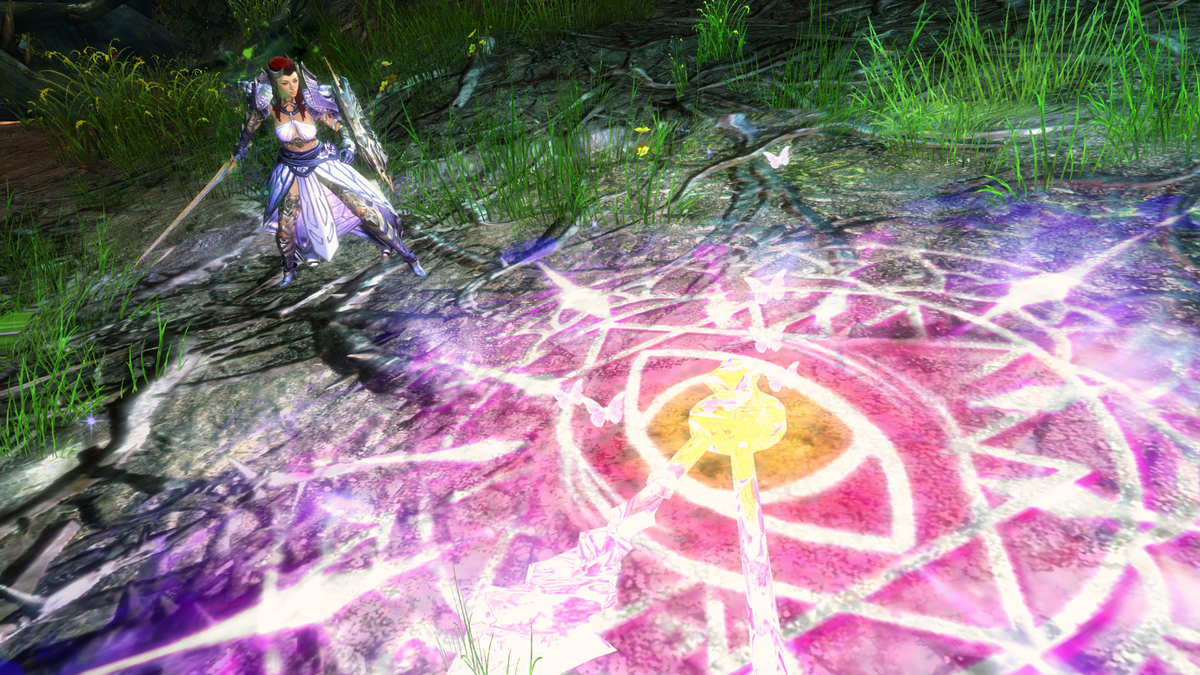 Finally and when it comes to the unique mechanic of the chronomancer, they’ll gain access to a new shatter skill on F5. Called Continuum Split, and its follow-up skill, Continuum Shift, this is unquestionably the chronomancers strongest skill. When you use Continuum Split, you’ll sacrifice all your illusions and will split yourself off from the normal flow of time, based on the number of illusions you shattered. When this duration is over, or when the mesmer activates the follow-up skill Continuum Shift, they’ll revert back to the location where the skill was first activated.

If that wasn’t exciting enough, it gets better. “Shifting back to the original timeline reverts the chronomancer’s health, endurance, and all cooldowns (yes, even the elite skill) back to the state they were in when the shatter was first activated. This skill essentially gives the chronomancer a reset button and allows for tricks such as casting any skill twice, avoiding a killing blow, or simply tactically repositioning yourself.”

Based on the above, there’s going to be some amazing skill use when it comes to Contiuum Split as you’ll effectively be able to double cast all skills. Tides Of Time for example, using Continuum Split will allow you to catch two returning time waves, doubling the effectiveness of the recharge bonus while gaining twice the benefits. 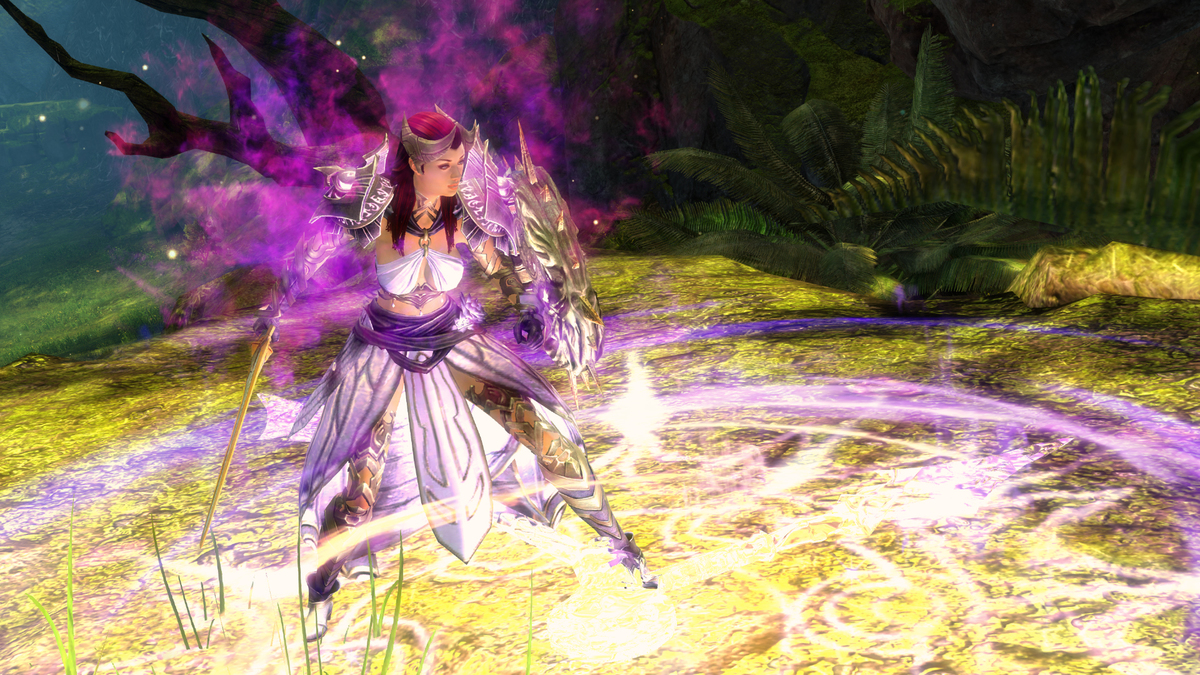 After I actually calmed down from all this information, the chronomancer reminds me a great deal of Chronos from SMITE. If you’ve never played it, they’re incredibly similar. He has timed AOE skills that detonate after a period of time, he also has an elite skill which reverses time and restores all his cooldowns. As a big fan of Chronos and as a mesmer player, I’m giddy with excitement at this specialization. The possibilities are going to be incredible and best of all, there’s a demo of the elite specialization later this week: Points Of Interest Live Stream: Friday, May 1, at noon Pacific Time.

When I hear more about the other specializations due to be revealed, you’ll hear it here first.