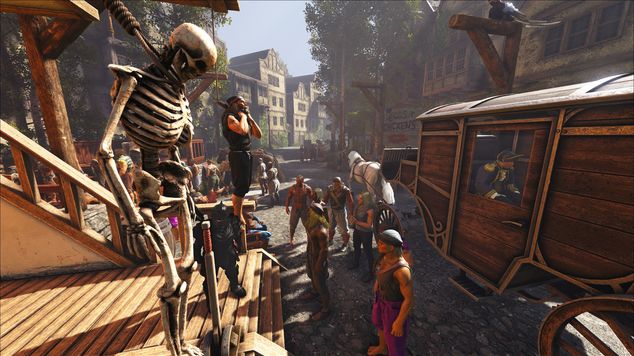 As Predicted, Atlas Is Terrible
Atlas has opened its doors, and it's a dogs dinner

I was moments from buying the Early Access to Ark, and before I did, Twitch and a range of Streamers went live with Atlas. While the doors still hadn't opened to the paying public, it did demonstrate the horrors of the game. With over 200,000 watching, it was instantly evident that:

To tout this as a new game, as some sort of massively multiplayer behemoth, is incredibly disengenous. Considering some players have also found within the game files evidence that it was set to be DLC for Ark, it's disgraceful that Grapeshot Games think they can get away with it.  As evidence by Benmenyo, its announcement and Early Access launch has been a complete shit-show.

1. Atlas is announced and a countdown begins, that leads to a December 13th release.
2. Two days before "release", the game gets pushed back to the 19th at 3pm PST. A trailer is promised before launch.
3. 30 minutes after the supposed release date, the countdown being over and over 200k people waiting on Twitch, there's a new trailer and the game gets pushed back to the 21st December.
4. The developers state that Streamers will have access to the game between the 20th and the 21st December.
5. Atlas gets pushed back to the 22nd of December at 12pm PST
6. Streamers receive keys and begin playing at 5am, after a further delay of 7 hours.
7. Game gets released on steam at 12: 30 PM PST, so 30 minutes late.
8. Most people can't seem to buy the game, and once they do, their are no servers at all.
9. At 4pm nobody can play because all servers are down.

While you can now buy and play the game, I'd really recommend against it unless you absolutely adore Ark. Simply put, if you want to go and play a polished, original pirate game, go and pickup Sea of Thieves. There literally is no comparison, and Atlas is undoubtedly one to avoid: just go and look at the Steam reviews.