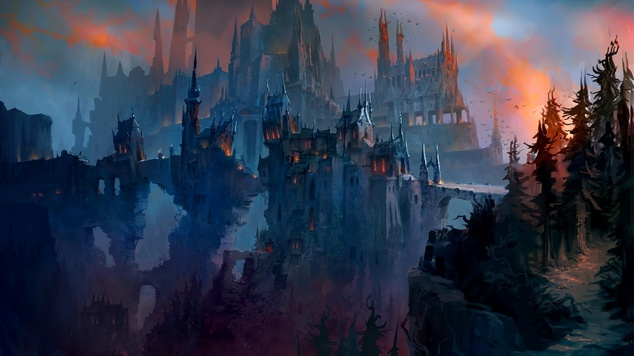 Over on the official WoW Reddit, their moderators (Aphoenix and Flapsnapple) sat down with  Lead Narrative Designer Steve Danuser and Frank Kowalkowski, the Technical Director. In a very lengthy interview, transcribed wonderfully by the moderation team. Full Q&A below, and full transcript here. Be sure to drop by the WoW Reddit to give your thanks.

Question: How reactive is the narrative to fan "adoptions" of minor characters like Zekhan or Sylvanas' standard-bearer? Is that inspiring or encouraging for the team to see the reactions to those?

Question: Can you confirm or deny whether the old gods are dead? We've got a lot of people who think that we've only fought manifestations, and their true forms lie dormant somewhere. Are we maybe going to see more of that?

Question: What were some of the lessons learned from WoW over the years that helped influence the foundation of WoW Classic and vice versa?

Question: From a technical director point of view, can you walk us through the life cycle of a World of Warcraft patch, like what does that look like? I understand that that might take 45 minutes.

Question: So for Steve, what are some of the characters or storylines that have existed in the WoW lore that have yet to be addressed in game that the team is really sort of itching to do and try to weave in?

Question: With BFA, we have the option to support Saurfang or Sylvanas. Do you feel like that was a success? Did that work out how you wanted? And might we be seeing more of that in Shadowlands?

Question: So, Frank, with the increased use of sharding and layering has the team revisited older ideas like player housing in capital cities, major cataclysmic events, zone-size PvP arenas, things like that?

Question: We had a hard time narrowing down our questions for you [Frank]. I think both of us work in tech. So I think this one we really want to ask which is like, WoW has a 15 year old code base. What parts of working with that have been the trickiest over time? Like is there anything in the engine itself that is just, like, if someone says, we have to work on, I have this idea and you're just like, that is going to be a nightmare? Is there anything like that, that you can tell us about?

Off the cuff: Now you're finally getting the Auction House out there with some new code for that so that’s pretty good!

Question: So Shadowlands seems narratively similar to Warlords in the sense that you're leaving Azeroth behind to chase an existential threat from somewhere else. Can you give us any sort of hints as to what we can expect from the story of the Shadowlands to set it apart?

Question: That kind of leads into our next question. What is one narrative story, one part of the story that you're most proud of. What is the thing that you that that's just the best for you?

Question: That's awesome. Just to follow up on that, like you mentioned the Runas quest. You were in the voice acting things for that, right? There was Jim Cummings who did the voice of -Yeah. Did you get to meet him or work with them, like have any interaction after the fact. I was really jazzing about the voice acting. So I want to get your thoughts around that.

Question: So what are some of the technical solutions currently in place to help try to maintain faction balance across servers, and as a whole, thinking in features like war modes for example.

Question: Are there any technical blockers preventing users from logging into WoW and Classic WoW at the same time?

Off the cuff: On one thing you said there was you called call the game mainline is that-

Question: Will Tyrande become a villain? or will she get justice for people? Will the Night Elves rise above their relentless suffering?

Question: How do you handle the pressure of making new characters like Talanji and Calia Menethil, or maybe characters we just haven't seen before. Making them likable and to have them share the screen with characters that have been established for you know, 15 or even 25-30 years.

Question: So there's a lot of speculation that cross faction play could come at some point in the future. If you were tasked with making that possible, what sort of complications would you expect?