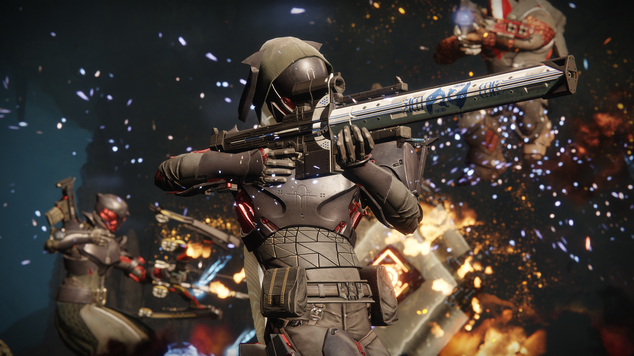 Bungie Parts Ways With Activision
And the internet did rejoice!

There's not much to say on this story. Activision have deep pockets, but are pretty shit. Bungie, at the time, needed cash and a publisher, but probably sacrificed a great deal because of it. After the fan and critical mauling that Destiny 2 received, despite it selling well, it seems Bungie was sick of Activision pulling the strings. As such, they're now going it alone and will once again have sole ownership over the Destiny IP. What does that mean for the game? Who knows, but at least going forwards we'll know it's all Bungie, and not some devilish imp in the background clawing their back for cash.

With Activision, we created something special. To date, Destiny has delivered a combination of over 50 million games and expansions to players all around the world. More importantly, we’ve also witnessed a remarkable community – tens of millions of Guardians strong – rise up and embrace Destiny, to play together, to make and share memories, and even to do truly great things that reach far beyond the game we share, to deliver a positive impact on people’s everyday lives.

We have enjoyed a successful eight-year run and would like to thank Activision for their partnership on Destiny. Looking ahead, we’re excited to announce plans for Activision to transfer publishing rights for Destiny to Bungie. With our remarkable Destiny community, we are ready to publish on our own, while Activision will increase their focus on owned IP projects