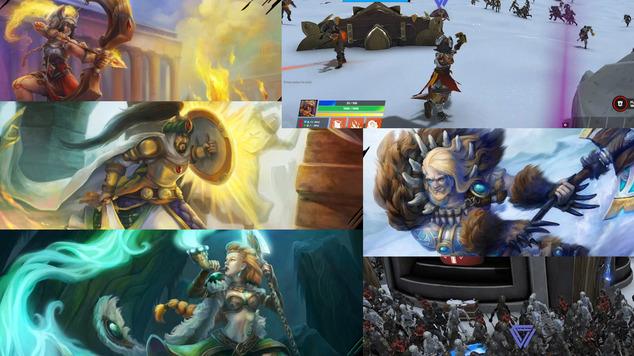 I'm not entirely sure how I feel about the news that City State Entertainment are announcing a new title: Colossus. On one hand, development studios should be free to pursue projects that they feel will benefit the studio in the long-term. On the other, when you've taken in millions of dollars from the paying public, without a product to show for it - and then start work on a new game...it doesn't quite sit right with me.

As a backer of Camelot Unchained, and as a huge fan of DAoC, the studio has - for all intents and purposes - been making the right noises. Blog posts, engagement, regular updates. Unfortunately, there's still nothing to show for it, and the product feels years away from release. Why?

Well, in terms of slowing down, Colossus did and also didn’t slow things down, as weird as that sounds. In terms of gameplay, it absolutely slowed some things down. In terms of things like Linuxification, we sped up the CU timetable for that work so we could release Colossus. Since we began work on Colossus in July, we have managed to create both shared CU and Colossus code and assets, as well as some things that are specifically for each game. Additionally, without the push on Colossus, we wouldn’t have gotten the additional investment in CSE from our investors, which was used, in part, to expand the team significantly.

To then throw in another new game that the (small) studio have been working on, feels like a kick in the teeth for many fans. While City State Entertainment claim this new game will help Camelot Unchained's development, considering it's designed for console and to be played on a pad.

Something's not right here, and just like Ashes of Creation, why are these companies diverging away from getting their primary product out the door?

It seems only Camelot Unchained really cares, and my recent playtests on the game show massive, continued improvements.