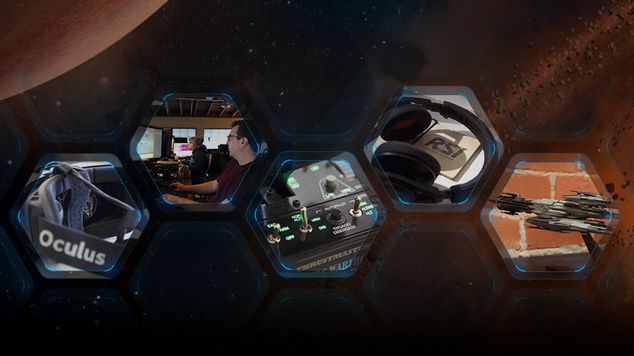 Cloud Imperium Games Expands with New German Office
As development on Star Citizen and Squadron 42 continues, Cloud Imperium games has announced it has opened a ne

Global expansion is somewhat common for game development studios, though it typically doesn’t occur until titles have been shipped and proven to be somewhat successful in their native territory. That’s not always the case, of course, as proven by the latest announcement from Cloud Imperium Games (CIG), the company behind the wildly popular crowd funding phenomenon otherwise known as Star Citizen.

In the latest official announcement from CIG, a new development studio has opened in Frankfurt, Germany. At present, there are 21 people on the team, with that number expected to grow to around 50 by the end of the year.

The new office will be managed by CIG’s Foundry 42 Ltd. in Manchester, and is comprised of many artists, engineers, and designers who previously worked on CryEngine. In the official announcement, CIG co-founder and creative director Chris Roberts explains:

“These are some of the top game developers in this part of the world,” said CIG’s co-founder and creative director, Chris Roberts. “We are extremely pleased to have them on our team and working with CIG in all aspects of creating Star Citizen. Their experience in working on CryEngine will pay huge dividends for us in the very near future. Some of their contributions are already showing up in in our single player game, Squadron 42, and our first person shooter elements.”

“This is a dream come true for our entire team,” said Brian Chambers, development director at the Foundry 42 German office. “It’s exciting to be working on an ambitious project like Star Citizen. Our team is small now but we will be growing quickly and recruiting from all over Europe to come work on the game. We have some very interesting ideas about future technology that I think our fans will like and we look forward to talking about those very soon.”

To view a list of CIG’s current job listings, including those for the new Frankfurt office, can be found at the official CIG Jobs page. And for those of you interested in backing the project, details can be found at the Roberts Space Industries website.