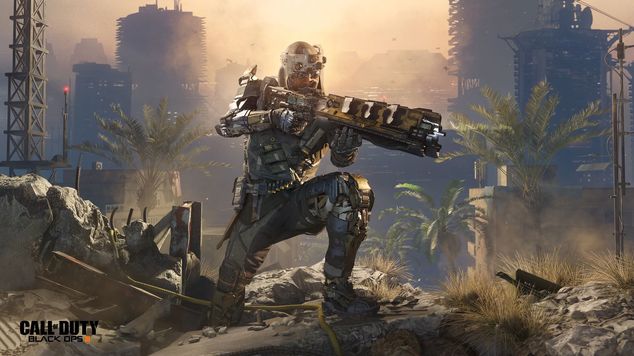 Hot on the heels of Destiny's controversial introduction of microtransactions, Black Ops 3 has come up with it's own cash shop. Players can now purchase the in game currency "Cryptokey" with real cash. Cryptokey can then be used to purchase supply drops which contain everything from items, to upgrades, to new weapons and gear. The currency can aslo be used in the popular zombies mode. Here's an excerpt from the official announcement.

For zombies fans, Call of Duty Points can also be used to purchase Vials of Liquid Divinium otherwise earned by playing Shadows of Evil or The Giant Bonus Map, which can be used to create Gobblegums in Dr. Monty’s Factory and aid in the fight against the undead hordes. Items contained in Supply Drops and Gobblegums remain the same, regardless of whether they’re unlocked with Cryptokeys, Vials of Liquid Divinium, or Call of Duty Points. Additionally, Call of Duty Points can be used for other in-game content, such as the Extra Slots pack.

The increasing trend of allowing the purchase of game altering items is something that needs to be carefully controlled by developers. And although you can still get the items the old fashioned way (by playing the game), the fact that someone can buy them outright still devalues the hard work and time others have put into unlocking the same gear.