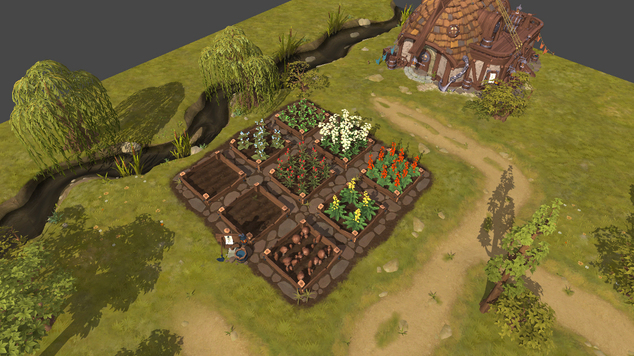 Consumables and Potions Overhauled in Albion Online
On the eve of the upcoming closed beta for Albion Online, developers Sandbox Interactive have announced a major

The team at Sandbox Interactive has no doubt retained its bee costumes from Halloween, as it has been quite busy prepping for the imminent launch of the closed beta for Albion Online. The most recent developer blog post on the official Albion Online website provides details on an overhaul to the consumables and potions systems. These systems play an important role in the life of your character, with foods providing longer duration buffs, while potions are all about the instant gratification of heal-over-time effects, energy boosts, and increases to defense to name a few.

One of the most exciting includes for alchemists in the update is the all-new herb garden where players can grow their own herbs for use in creating one of seven different potion types. These potions are incredibly helpful as is typically the case with consumables in MMOs, and produce a variety of effects including:

For the virtual chefs out there, buff-granting foods can also be produced that offer some longer lasting benefits:

Consumable foods and potions will no doubt play a major role in Albion Online’s highly player-driven economy. And while this is fairly common in older MMOs, more recently we’ve seen many development studios look to consumables as prime candidates for real cash marketplace sales, much to the chagrin of hardcore crafting types.

The closed beta for Albion Online is set to begin later this month on November 23, so there is still plenty of time to sign up for a chance to participate. Interested gamers can sign up on the official website, and you can also read more about the update to consumable foods and potions in Albion Online via the official developer blog post: Consumables and Potions Overhaul