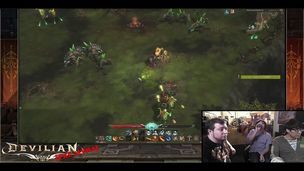 Devilian Livestream Recap - Beserker and Talisman
The livestream recap from Friday's livestream is up on the Devilian website now, discussing Talismans and the B
News
Devilian 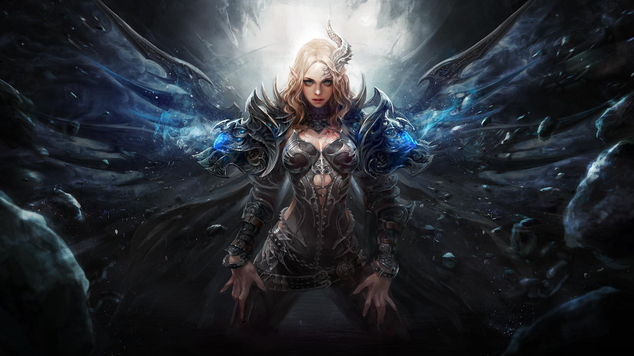 Devilian Founders Packs Available, Alpha Coming Sept. 3
The Alpha launch of Devilian is targeted for September 3, 2015 and players can get in the action with one of th

There have been many prophets through the ages, some of their ramblings ringing truer than others. From the legendary Nostradamus to the infamous Edgar Cayce “The Sleeping Prophet”, none have been quite as accurate as the late Michael Hutchence of INXS when he sang the words “Every single one of us, the Devil Inside.” Well, at least that’s assuming he was referring to upcoming aRPG / MMO Devilian.

The Alpha Launch for Devilian is currently targeted for September 3, 2015 – less than a week away for those of you keeping score at home. Founder’s Packs have also become available, with guaranteed Alpha access for anyone who picks up the Obsidian Founder’s Pack.

Trion is going the traditional route of offering three unique tiers for Founders, each scaling in both price and bundled perks. All three come bundled with guaranteed Beta Access, 2 additional character slots, and a 2-Day Head Start for the game’s official launch. Things tend to get a bit more granular from there, so you’ll want to be sure to visit the official website for a complete rundown of what’s available at the Silver, Gold, and Obsidian levels.

According to the Founder’s FAQ, there are a limited number of spots available for the Alpha test, so that particular perk may be pulled from the list at some point if needed. Another thing to note is that the Alpha will be English only, with the French and German language options becoming available at a later date.

Beta event dates haven’t been announced yet, but we don’t anticipate that the Alpha testing phase will be overly long given that the game is already a live service elsewhere on the great blue orb we call Earth. It all comes down to how far down the localization rabbit hole Trion is attempting to go, as this can ultimately be a lengthy process as seen with other titles over the years, including ArcheAge.

To read the latest guides, news, and features you can visit our Devilian Game Page.

Devilian Livestream Recap - Beserker and Talisman
The livestream recap from Friday's livestream is up on the Devilian website now, discussing Talismans and the B