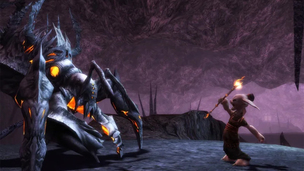 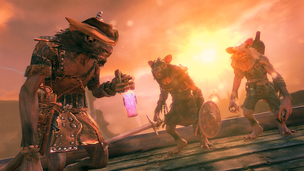 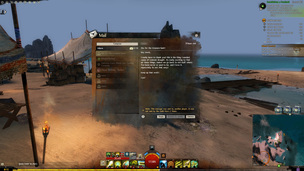 Guild Wars 2: Fan Sends Thanks Instead Of Abuse
A Ten Ton Hammer member of staff is in shock today after being contacted by a player thanking him for his treas
News
Guild Wars 2 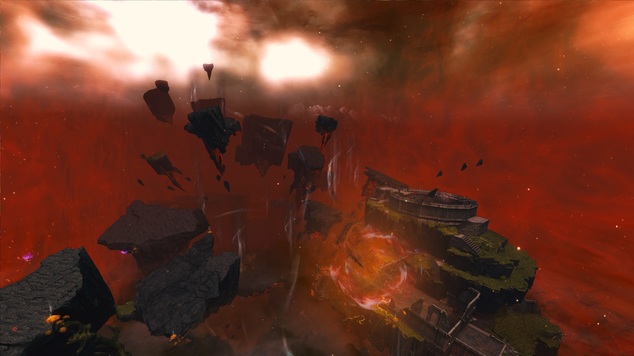 Guild Wars 2 Releases Enormous Living World Season 3 Patch Notes
You might want to get a drink and sit down before reading this lot.

It has been long awaited and arriving a little later than the patch going live, the Living World Season 3 patch notes are finally out in the wild. As usual and for an update of this size, they're enormous. Read them below or head to the website here.

LIVING WORLD
The first episode of Living World Season 3, Out of the Shadows, is now available for those who have purchased Guild Wars 2: Heart of Thorns ™. Please review our FAQ for details on how to unlock episodes for free.

Out of the Shadows
Following the death of Mordremoth, Tyria finds itself in a never-before-seen heightened state of excess magic. This bounty of power causes an old nemesis to resurface, with a devastating result. Can the heroes stem the enemy’s tide, or will Tyria be consumed by this returned threat?

New Fractal – Chaos Isles
Dessa’s krewe isn’t sure if this is cataclysmic or some sort of cycle, but it’s super exciting! A new fractal of particularly unique readings has appeared, and the krewe has selected you and your allies as the “explorers” who get to venture into this strange new place.

Fractal Revamps
Like Cliffside, both the Swampland and Snowblind fractals have been revamped to improve pacing, scaling, and overall enjoyment.

Swampland
Swampland was not a particularly long or arduous fractal, but the boss fights were lackluster, and in Bloomhunger’s case, far too easy. The change to this fractal was centered around turning Swampland into a proper boss fractal.

Snowblind
In the Snowblind fractal, there were several pain points that we wanted to address. The intro event was quite simple and boring, the Elemental Source event was frustrating due to a huge health pool and the sheer number of knockbacks, and the final boss fight was tedious yet easy.

Fractal Selection UI
The fractal selection UI for the Fractals of the Mists has been overhauled to be more informative and user friendly.

INFUSIONS AND INFUSION SLOTS
With the Infusion system being unnecessarily complex for what it does, we’ve taken steps to simplify how infusions work and make acquiring them far more straightforward.
First off, we removed most of the restrictions on which kind of infusion you can place into each kind of equipment. For balance reasons, we had to keep utility infusions and amulets separate, but all other types of infusions can now be slotted into any kind of ascended equipment.

Stronghold of the Faithful

Elementalist
There were a couple of goals in mind for the elementalist with this balance update. Initially, we looked to improve base abilities and implement a couple of reworks that have been on the docket. We also looked to normalize elementalist damage and healing a bit more, as their overall potential to do both at the same time was considerably higher than was healthy for group compositions.

Engineer
We’re still continuing to evaluate the engineer and its scrapper specialization. For the baseline engineer, our goal was to improve lesser-used abilities and adjust cooldowns where appropriate. There are a few additional points in the scrapper that we felt were necessary to change game-wide, but we also made some skill splits to alleviate its overpowering pressure in PvP where fitting. The elementalist’s Tornado improvements have been reflected in the Elixir X elite skill, as well!

Guardian
Guardians are receiving a few reworks and changes to their baseline abilities. We felt it was odd to have heavily incorporated symbols to the profession and its traits but not have symbols available with all weapon builds. Thus, both sword and scepter are now receiving symbols, with both also receiving a few other changes to improve quality of life. In other areas, we looked to make quality-of-life improvements to baseline weapon and utility skills.

Mesmer
For this update, the mesmer is receiving mostly baseline utility changes. Both the Phantasmal Disenchanter and Defender skills now have on-cast effects to gain a little more immediate effect and to differentiate the utility skill from the Mental Defense trait. Mirror Blade’s last bounce has also returned, offering higher damage to power builds.

Necromancer
Necromancers are receiving mostly quality-of-life changes in this update. Our goal was mainly to improve baseline abilities and improve signature abilities for main-hand weapons and Death Shroud, along with the spectral utility type. Rise has seen significant changes, as we’ve observed that the damage reduction from the minions is too strong in many scenarios.

Ranger
After many years, ranger pets have learned how to remember their own names, and you’ll no longer be required to rename a pet when you switch them out! In addition to some baseline improvements, our goal has been to improve base pet abilities during this update. With that said, there are definitely more pet changes that we’re looking forward to implementing in the future.

Revenant
For the most part, this update has mainly been focused on fixing bugs for the revenant. With that said, we’re also looking to improve both Ventari and his trait line. We are being cautious in this regard so that the Legendary Centaur Stance stays in line with the healing potential of similar builds.

Thief
This update has given a bit more baseline group utility to the thief, without requiring heavy investment via traits. Venomous Aura has been merged into the baseline of the venom utility skills. Since we now had an empty spot for a “utility” trait, we took the opportunity to introduce a bit more boon theft into the thief’s repertoire with the Rending Shade trait.

Warrior
With the recent defensive upgrades for the warrior, we’re still observing and adjusting some numbers to ensure it remains competitive but not so strong that it’s unbeatable. We’ve made a few tweaks to some baseline abilities to ensure that using certain abilities doesn’t result in a drop in overall damage where it’s not intended.

New Conquest Map: Revenge of the Capricorn
The Capricorn returns! And this time it’s out for vengeance! Join your teammates to protect the town from the ship’s onslaught while simultaneously defending your territory from the enemy team.
This new map features the traditional Conquest 3-point gameplay along with a secondary mechanic that centers around a periodically available fourth capture point located in the middle of the map. Capturing the fourth point earns points for your team and also helps defend the town from the Capricorn.

Queue Outside the Heart of the Mists

Anthems
A new guild upgrade is being added to the tavern building called Guild Anthems. Upon purchase, Natasha Foxsong will arrive in the guild hall and offer guild members with the new rank permission Change Guild Anthem the ability to select 1 of 15 unique songs as their guild’s new anthem. Your guild’s selected anthem will then play through the music channel of your audio options whenever guild members complete certain actions.

Monuments
A new guild upgrade is being introduced called Guild Hall Monument Decorations that will be available from the Guild Market once your guild has obtained the Guild Hall Decorations Merchant 2 upgrade. Upon purchase, Douglas Bird (our resident basic-decorations vendor) and Cullen (our master scribe) will have three new decorations unlock.