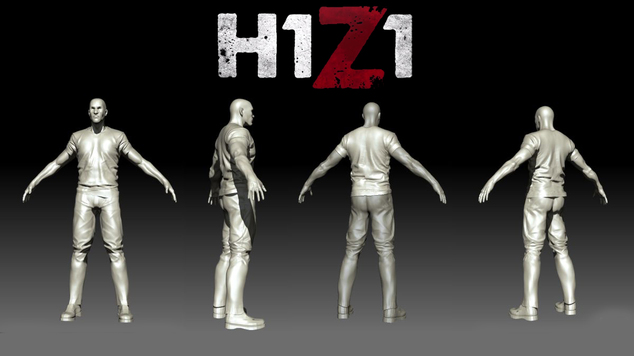 This week the H1Z1 team put together a fairly meaty patch that is adding a few things and makes a wide range of adjustments to a few elements of the game. To reward players for getting in and helping test, the team has scheduled a Battle Royale event that will reward players with a unique t-shirt skin, whether you win or lose. Just be honest with yourself, you're going to lose. You could win, but you probably need a few things to fall the right way for you for that to happen.

Oh yeah, and you need some skills.

Yesterday's patch (3/11) for H1Z1 brought with it a slew of updates and refinements, so you should probably read the full list of patch notes. The Battle Royale match ruleset in particular had a few updates of its own aside from all the global game adjustments that will also affect it.  Here is a quickly highlight list of some of those updates:

For those who participate in the event this weekend, March 13-15th, you'll be awarded with one of the following two skins - depending on how you place. 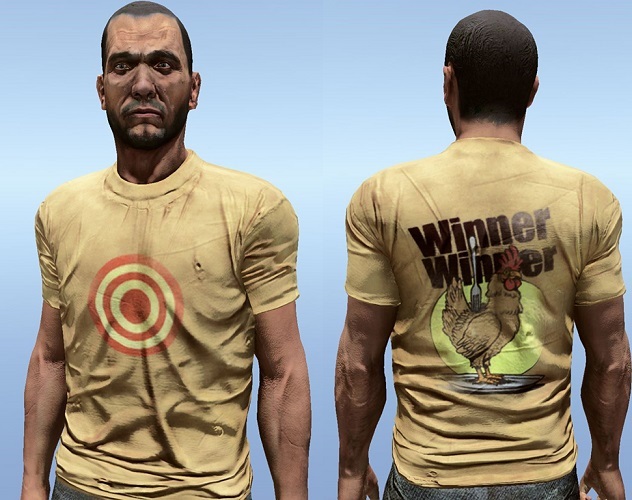 This yellow "Winner Winner, Chicken Dinner!" skin is what you get if you win; which would make for a pretty cool T to sport around. This is one of the first t-shirt skins they've made that I'd actually wear on my character. The one you get if you lose? Not so much. (Which I think is kind of the point, right?) 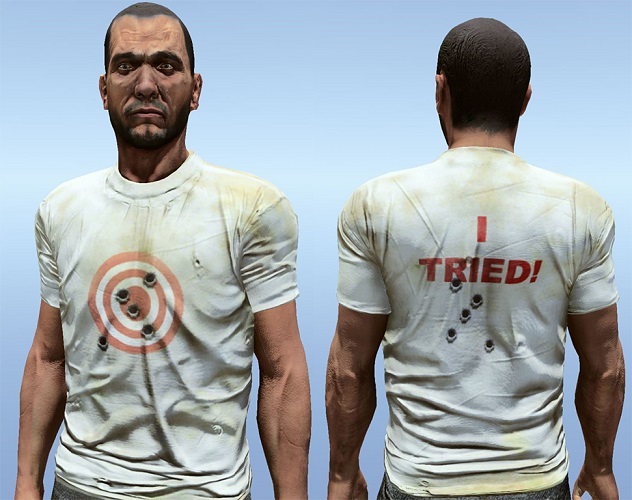 Yoda does not approve. This is the skin you get if you don't come out on top, complete with entrance and exit wound bullet-holes, which for some reason look like they were fired into metal as if your character model were a T-1000 that just got lit up. Hey... speaking of character models...

The design team has also been hard at work on the player character models (which for those who aren't aware, is one of the most time-consuming elements of game-creation, between all the animations and rigging and so forth). I'm inserting some images below to give you a snapshot of the progress, but you can read the full developer blog on the topic if you want any of the specific details. Essentially, the new male character model is complete and ready for the new outfitting system (though it isn't going live in this week's update). 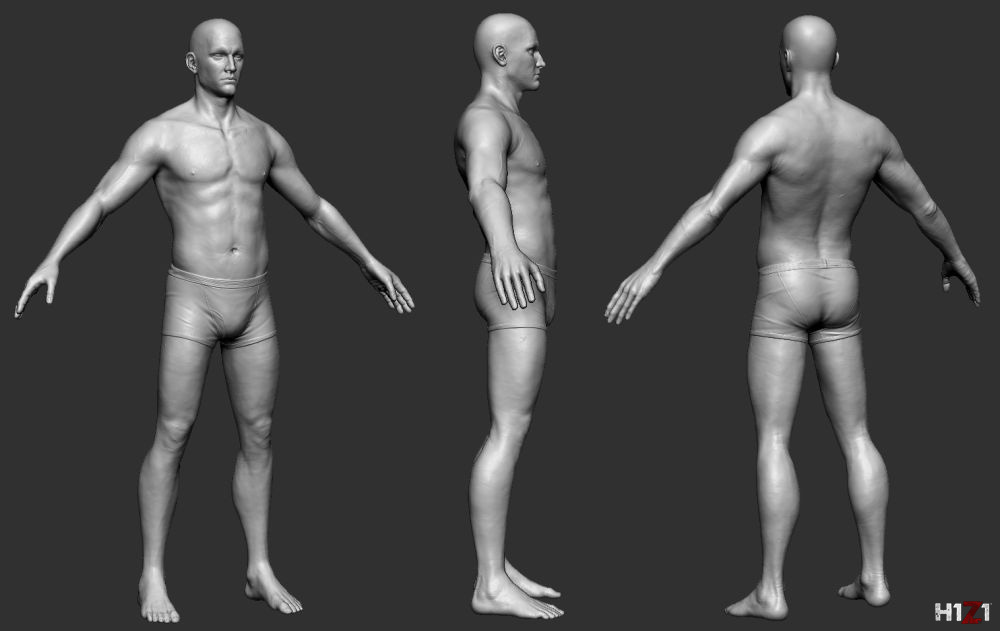 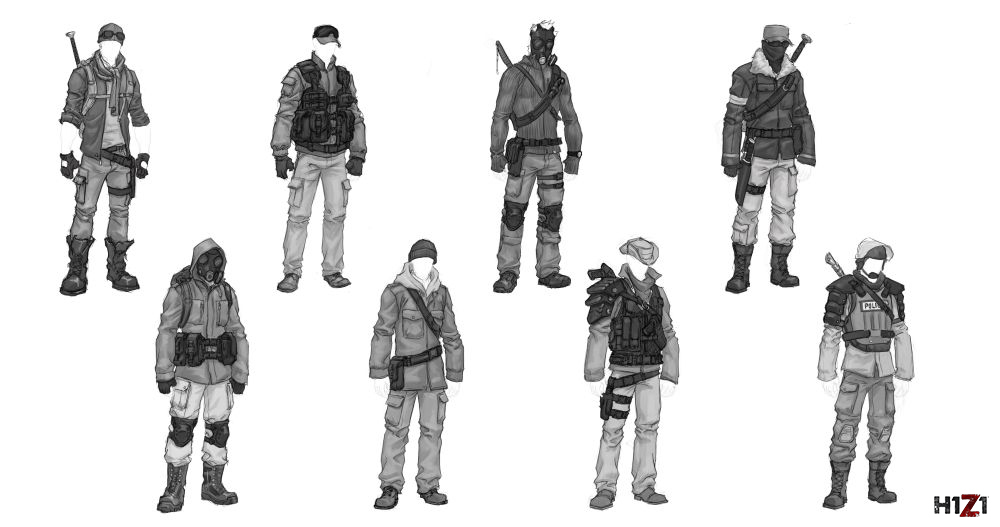 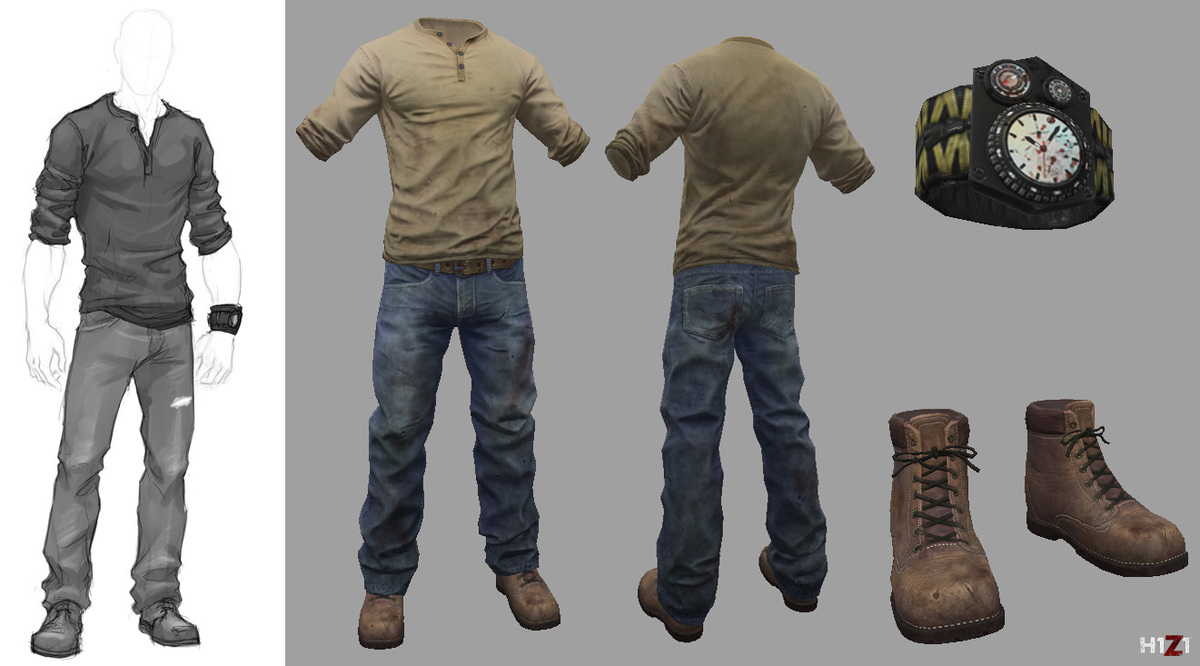 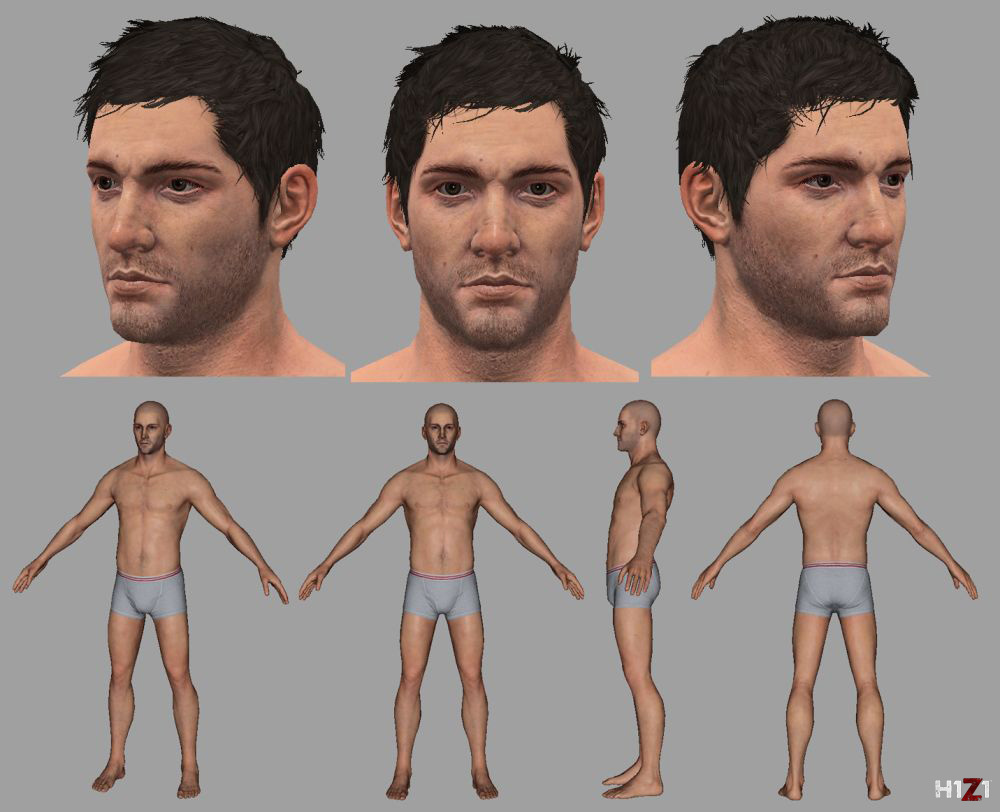 (New H1Z1 Joe model rendered without clothing. If you're viewing this at work I hope a coworker is just looked at your screen.)

Additionally work on a female character model has made significant progress and should be getting closer to completion sometime in the near future. The team has include some early studio render versions of the initial model so far. The primary challenge for the team creating her is the dealing with competitive advantages. It's important for them to ensure that not only does the female model have the same firing hit-box, but that firing at those hit-boxes also makes sense. Here are a couple images of the early stages of H1Z1 Jane (the default name we use for females in the military).

(Early studio renders of her at full length.)

If you haven't yet tried H1Z1 game and these new updates have perked your interest, you should definitely give the game a whirl and see what all the buzz is about. If you're one of the many people that put the game down because of the rampant hacking and cheating - a lot of that has been cleaned up. There are still exploits and hackers are continuously finding new ways to break things, but it is getting better. Considering this game is only in Early-Access Alpha - the fact that they are even attempting to thwart hackers already is impressive in its own right.

Either way, if you don't consider yourself an H1Z1 expert, you're definitely going to want to check out our official Survivor's Handbook here at Ten-Ton Hammer. We've got a chapter for just about everyone, and we've even got one specific to the Battle Royale rule-set (which should come in handy this weekend while you chase your chicken-dinner shirt-skin). Thanks for reading and be sure to comment with your thoughts and opinions below. Im curious to know what other's think about the updates.