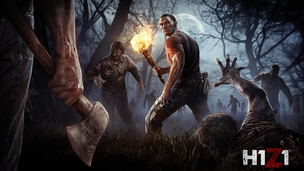 H1Z1's Monday Patch
Smedley just posted some fixes we can look forward to in tomorrow's patch to the H1Z1 subreddit.
News
H1Z1 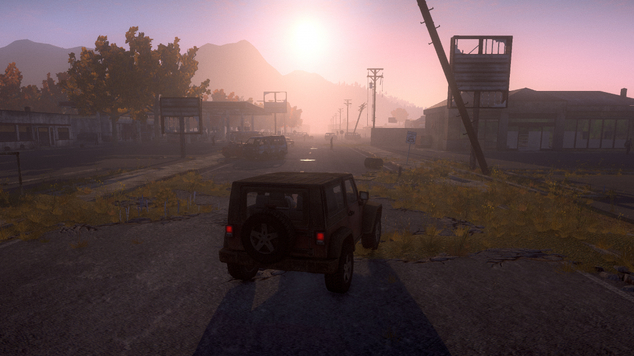 SOE boss John Smedley is making the rounds today to reveal new details about SOE’s new project, an MMOG dubbed H1Z1, a post-apocalyptic zombie MMOG. Smed recently posted a lengthy description of the game on Reddit and also joined the crew over at 1337 Lounge to chat about the new game.

Smedley revealed that the new title takes place 15 years after a zombie apocalypse in a devastated United States. Not unlike DayZ, players will have to defend themselves from zombie attacks as well as the threat from other players looking to score an easy kill and liberate their belongings. But one big difference is that gameplay for H1Z1 will take place in a persistent online world capable of holding thousands of players rather than a small server.

H1Z1 is powered by SOE’s proprietary ForgeLight engine, the same engine currently used to power PlanetSide 2, Landmark, and the upcoming EverQuest Next MMORPG. Zombies will make use of emergent AI, possibly the same AI touted for EverQuest Next to make them each more distinctive. Well, as distinctive as a shambling corpse in hunt of a fleshy meal can be.

Day and night cycles will also be included, with night being a much more dangerous and dark time in the decimated region. Players will need to seek out a light source in the form of a torch or flashlight if they plan to adventure out into the dark. Otherwise they run the risk of becoming the main course on a zombie buffet or getting picked off by another player looking for a quick score. And yes, when you die your items do stay on your corpse. So keep that in mind before getting too adventurous.

Another major part of H1Z1 is that it will have a very deep crafting system, which, according to Smed, is one of the deepest that he’s ever seen. Players will be able to use crafting for various things in H1Z1 such as creating weapons, repairing vehicles, and building bases and structures. Those can also be set on fire by other players, so letting someone get too close might not be a good idea. But that’s all part of SOE’s goal for the game – to make it very much like living in the world of The Walking Dead.

"To use a simple reference I’m sure everyone interested in this game will get... we want our players to make Woodbury from The Walking Dead if they want to”, John Smedley wrote on Reddit. "Or take over a prison. Or fix an old car so you and your friends (yeah we have multiplayer vehicles) can run zombies and players over mercilessly, and revel in the sheer delight of hearing a zombie scream as you light it on fire, or craft a gun to take down your friends and enemies alike. Our goal here is to provide emergent gameplay that will allow our players to make the world their own the way they want to. One of the best things about H1Z1 being an MMO is the fact that with a lot of people playing, we’re able to see all different kinds of gameplay. If you prefer a quiet life as a farmer raising crops... we’re going to make sure your zombie apocalypse fantasy is complete. If you’re like me and you want nothing more than to kill everything that moves, by all means see how that goes. It’s going to be a blast!"

Like SOE’s other titles, H1Z1 will be free-to-play and include some form of microtransactions, something that Smed was quick to point out during his time on 1337 Lounge will not be pay-to-win. If all goes as planned, players may have the chance to get their hands on the new game within the next 4-6 weeks as part of Steam’s early access program.

You can read Smedley’s full post on Reddit for more. Check out the 1337 Lounge Twitch replay for a peek at the gameplay and keep an eye on the H1Z1 teaser site for more details.

H1Z1 12/18 Livestream Recap
In the first livestream since the H1Z1 early access date was announced, Adam Clegg and Jimmy Whisenhunt show of