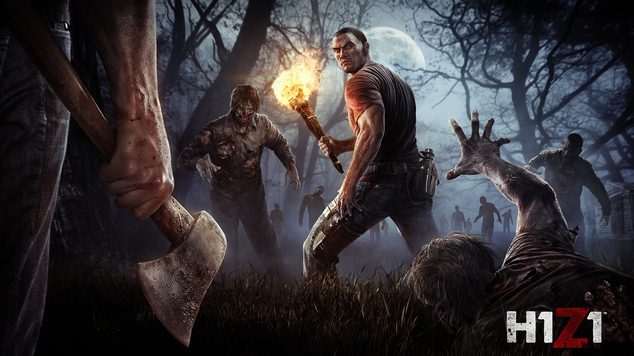 H1Z1's Monday Patch
Smedley just posted some fixes we can look forward to in tomorrow's patch to the H1Z1 subreddit.

Smedley just posted some fixes we can look forward to in tomorrow's patch to the H1Z1 subreddit. In addition to the small starter list of fixes to expect, there are few more things to get out of the thread. When the Early Access launch didn't go very smoothly, the community reacted rather badly, which has become the unfortunate norm with MMOs. The worst is that this is what's effectively a game in an alpha state launching with a pay-to-test pay gate, and people are treating it as a full game launch. Veluux recently covered the issue in his column, and while we disagree that this is a Reddit issue and not a community issue, the issue is definitely there. In Smed's post, he addresses this issue. The H1Z1 subreddit is not any official means of communication, but the forums were not live until the Early Access launch, so this is the closest thing the community has had to the forum. Since the moderators in the subreddit are not SOE employees and are volunteers, they can only do so much. Volunteer moderator teams don't have the incentive to be paid to deal with a community when it's banding together to behave terribly en masse, and as someone who has been in the paid position at times, you can't really blame them if they get overwhelmed and need to walk away from the computer.

Smed ends his post with, “Again, your help with self policing threads and getting a positive community going is requested. We're only trying to focus on the stuff we all feel is important. Please help us with focusing on what we need to.” While SOE certainly could just leave the subreddit to its own devices, I appreciate that they are asking the community there to help keep the shitposting at bay. I haven't spent much time over the weekend in the subreddit. When I had issues launching the game on the first day, I decided to go play something else. I know my coworkers have been busy with the game, and I do want to dive into it, but sometimes it's easier on the head and heart to just wait a few days for everything to sort itself.

Now the servers are stable. The team took the day (today) off, but will be back in the office tomorrow, even though it's technically a holiday at SOE, so a new patch can go out. Tomorrow's patch, from Smed, will include:

This is meant to be kind of a starter list. The team is off today. The game is stable and the team needs a breather. Tomorrow is a holiday for SOE but we're going to be in here anyways because we want to address these issues. Please add any immediate fix stuff here and we'll try and get it in. Again, your help with self policing threads and getting a positive community going is requested. We're only trying to focus on the stuff we all feel is important. Please help us with focusing on what we need to.

What is your current pet issue with H1Z1? There seems to be plenty of contention between loot houses versus loot containers. Most of the comments are in regards to loot, from it not spawning in objects, like cabinets, to respawning issues and more. A good portion of the feedback here is constructive, even when critical. Given that H1Z1 is so early in its development process (hello, Brotown), staying constructive is absolutely important. Smed says that the list above is just the start, so there's a possibility that other issues that seem to be unanimous for players (crashing during combat, weapon swapping, rate of hunger/thirst) could see adjustments in tomorrow's patch.