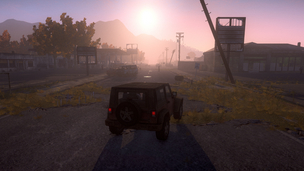 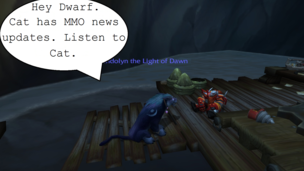 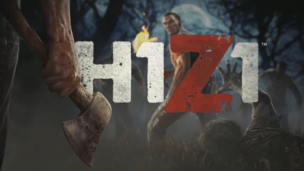 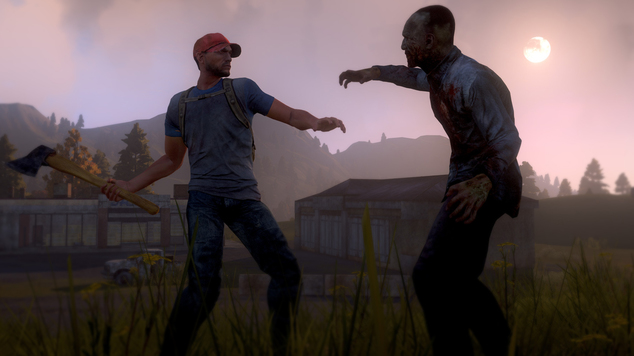 H1Z1 Early Access Date and Information
After the initial "4-6 weeks" estimate back in April, survival game fans have been waiting (im)patiently for an

Sony's upcoming zombie survival sandbox shooter MMO (mouthful) has been teased since April 2014. With an initial 4-6 week estimate for early access, it has consistently been pushed, with content being added and concepts being changed. It appears though that finally, after everything, we finally have a date.

Oh, you want to know what it is?

After a lot of hard work, we've decided to make the release date January 15th, 2015. This gives us just enough time to polish what we have and put out something we'll be proud of and hopefully you'll be excited to play.

Why did it take longer than we originally thought? It's a fair question. The simple answer is once we saw what we could have had earlier it wasn't good enough and we wanted to put something out that we would be proud of. What you'll be playing January 15th is a really fun game, but it's early. It's everything Early Access should be - a fun and compelling game that isn't finished. Our goal is to have you help us finish it and have it be a game we can build a large community in over time.

Is it going to be a finished game? Absolutely not. If that's what you're expecting, DO NOT BUY EARLY ACCESS. The goal here is to let you in early and help us mold it into a game you want to be a part of for quite a long time.

We'll have 2 SKUS when we launch. The basic early access sku for $19.99 - which will let you into the game and have a great time, and a more expensive one which we'll announce here shortly. The difference between the two will be things like access to some of our different game mode servers (which you can get access to by purchasing tickets or earning them as well) and other specifics we'll be outlining soon.

Is H1Z1 going to be better than Day Z day 1? No it won't. We'll get asked that question a lot and I wanted to be up front about it. We're not as feature rich and they have a lot of really cool stuff we just don't have yet. That being said, we're also a different game. We're an MMO and our goals are to create a large scale world that gives you the incredible feeling of being a survivor in a zombie apocalypse.

We'll be starting out with roughly 64k square Kilometers, but we plan to grow it right away.. and over time create our virtual version of the US post apocalypse. Look for us to start adding land right away post launch.

Please join us at 3:30pm PST on our H1Z1 twitch channel to answer any questions you may have!
Smed

If you want to play H1Z1 on PC during Early Access, you'll have to drop $20 on Steam. H1Z1 will be free-to-play upon release though, and will also have a Station Cash store similar to other SOE titles. What's in the store remains to be seen; so far, we've been treated to the idea of backpacks, hats, and other cosmetic items. The PlayStation 4 version of H1Z1 has presently has no release date.

[Summary of popular questions and answers below!]

Will there be PvE only servers?
Yes.

Will there be different game modes?
There will be different game servers that everyone will have access to. Some will require "tickets" to get on to, which you can get through gameplay, purchasing with SC, or by buying the higher-priced SKU [mentioned in the Reddit quote above].

How many servers will there be at Early Access launch?
Unknown so far, but less than 50. There will be European servers, including some on day 1.

How many people can be on each server?
Not sure yet.

Will there be a roadmap?
Yes, and it will be revealed around the same time as EA launch.

What are the H1Z1 system requirements?
For the most part, it should be similar to the Planetside 2 requirements, with the exception of requiring a 64-bit OS. There will be no Mac client right away.

When will H1Z1 come out for PlayStation 4?
No date at the moment, but after the Planetside 2 PS4 launch.

Will you be able to spawn on the map with your friends?
It will not be in for the beginning of early access, but it is planned and will be on the roadmap.

How many weapons/vehicles will there be in early access?
16 weapons. For vehicles, there are 3 at the moment. An off-roader, a truck that people can get into the back of, and a police car. There will be bikes, horses, motorcycles, and boats as well, but not in EA.

How does the health system work?
There is basic health and damage, but there is also a "wellness" system. For example, if it is snowing outside, you can catch the common cold or hypothermia. Clues will be given in-game on how to treat illness.

What happens when you die?
"You die, you restart, and all your shit's gone." -Smed. You spawn with a flashlight, a couple of flares, and some bandages. If you die and you have items you purchased with SC, you do not lose your copy of those items. The person who kills you can loot a duplicate, degraded copy of those items.

Will there be any form of anticheat?
Yes! It is similar to the system used in Planetside 2.

Mega-question about friends lists/karma/KOS
There will not be a friends list or any grouping mechanics. People have been asking a lot for a karma system, which may work its way in during Early Access. KOS may be discouraged somewhat through this system, but not entirely. There is no reason to kill a new player (because they have no items), aside from just "wanting to". There will be clan support at some point, and also a bounty system.

Can you catch or spread the H1Z1 virus?
Yes, and the virus is pretty complex. You can get it from zombies (the more you're attacked, the more likely it is that you'll get it). If you extract blood from a dead zombie, you can infect another player. Players are stuck with the virus until they die. Over time, you'll start to lose your human abilities and senses. This will be in game shortly after early access.

How long will H1Z1 early access last?
Unknown at this point, but they're aiming for a minimum of 6 months between EA and a larger open beta.

Are you going to be the ultimate survivalist in H1Z1, or did you disembark the hype train? Let us know what you think in the comments below!