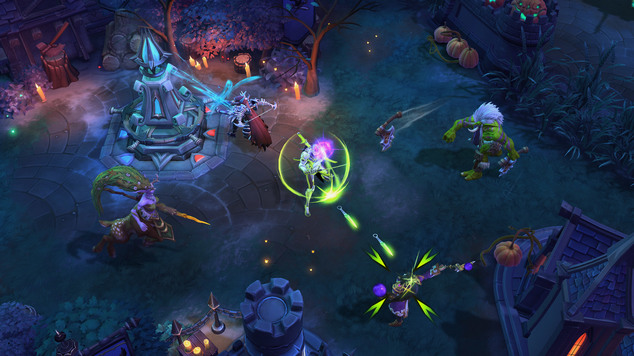 Heroes of the Storm: July Balance Patch
Significant movement speed changes are live. How are you finding it?

On July 10th, Blizzard released a fairly sizeable balance update for Heroes of the Storm. In it, they made significant changes to movement speed, increasing it from 4.4 to 4.8%. Overall, it's a 10% change and significant for the feel of play. It seems, based on the developer commentary, that they wanted to bring it sooner, but settled on now instead.

We were evaluating this change last year for the gameplay updates but wanted some more time to soak it. While this is a modest increase, we feel like it makes the game feel a bit snappier, especially while in combat. We will be carefully watching how this affects Heroes with lots of skillshots and will balance as needed.

Having played the patch for around a week now, I'm not convinced it's bringing about enormous change. Games feel snappier, and Heroes lighter on their feet, but it's not meta defining. Even when coupled with 21 changes to Heroes, inevitably, it's simply Blizzard tinkering around the edges of a game they've deemed too poor to fully support. For the full notes, jump here. Let me know how you're getting on with the movement change.