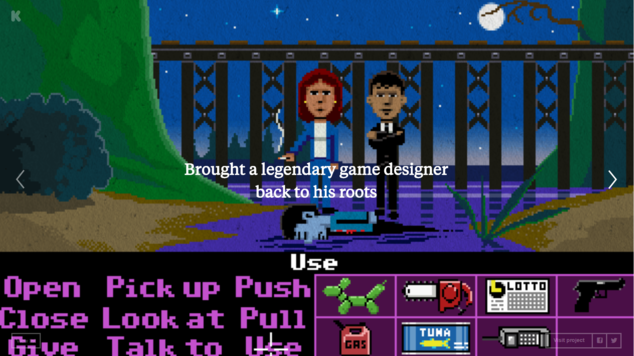 Kickstarter's 2014 Wrapup
Kickstarter has released its 2014 breakdown, which includes how well gaming projects went. Did your pet project

If you backed anything whatsoever on Kickstarter this year, you likely got a nice email leading you to a fun slideshow which ends in a good deal of data. While I don't spend my freetime lurking in /r/dataisbeautiful, I do appreciate data in raw numbers. Not to mention that Reading Rainbow was the most backed campaign of the year and that makes me feel like there is hope for us as a collective of humans after all. On the other hand, we're not here to discuss Reading Rainbow, unless someone makes a Reading Rainbow MMOG. If they were to might I suggest some adventure game where you play as a butterfly and as you level up, you can fly higher over time, collecting books and building out your library. Someone please make this because I need to be a special butterfly. 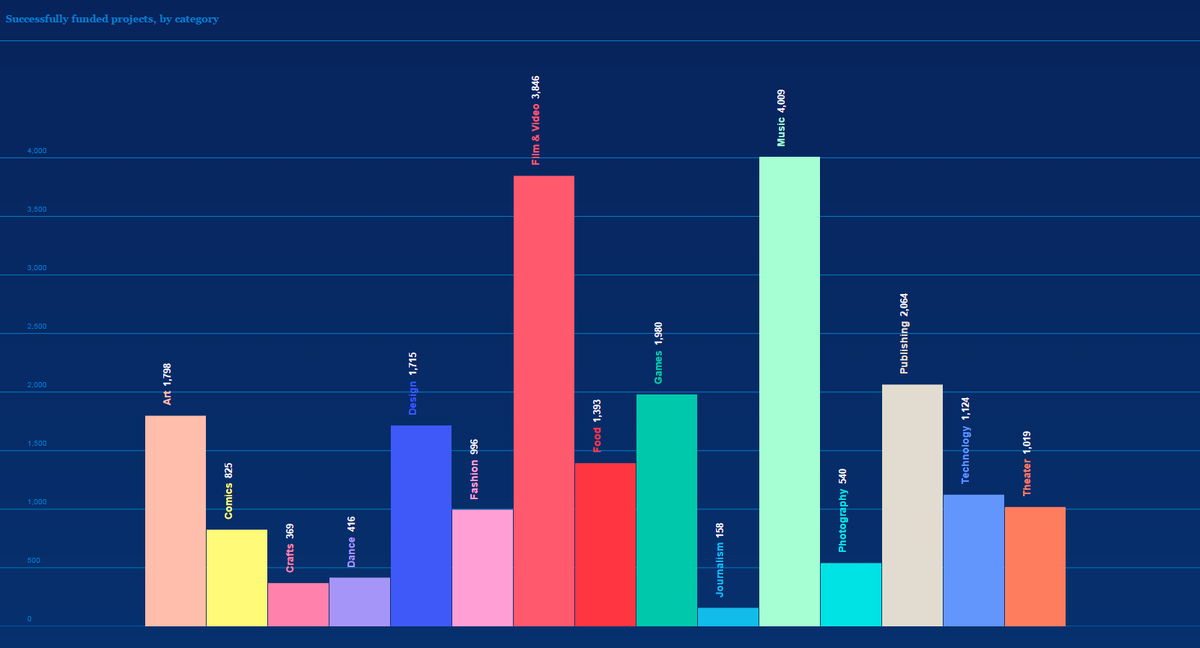 Anyway, let's get back to what actually happened on Kickstarter this year, focusing on games. Cause, you know, that's what we do here. Talk about games. The data page has tons of pretty graphs everywhere, but only two of them are really relevant to this discussion. However, they're pretty neat overall. If you like data, or are just a curious person, I recommend having a look at the page. If you like pretty pictures, take a look at the slide show. In pure numbers, 2014 for Kickstarter saw 22,252 projects successfully backed. August was the busiest month for projects, seeing 2,311 of them (on the other hand, January was the lowest with only 1,242, likely due to people recovering from holiday expenses. By category breakdown, Music wins with 4,009 funded projects, with Film & Video a close second at 3,846, Publishing quite a bit further down at third with 2,064, and Games close in the fourth position with 1,980 successfully funded projects. 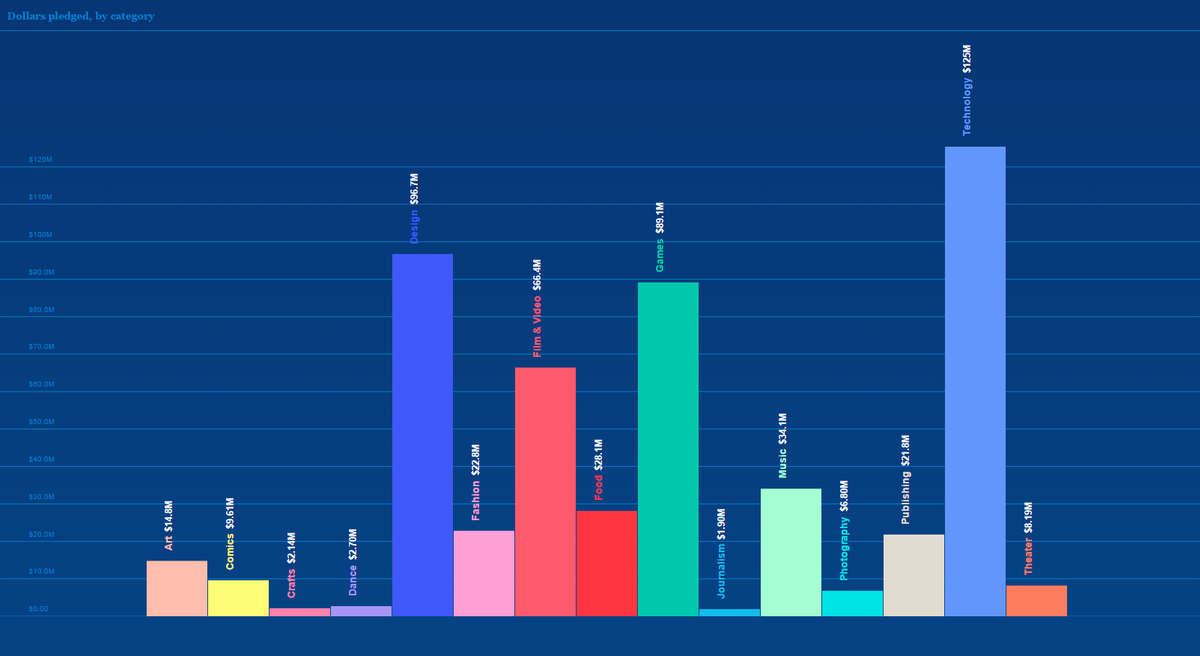 “$529 million was pledged to Kickstarter projects last year. That's more than $1,000 a minute.” Looking at the numbers purely through money is also quite impressive. Music is far from first place this time, as it sits all the way down at fifth place with $34.1 million. Technology is way ahead in first place with $125 million, which is completely understandable, as techy things generally cost more money overall. Neil Young's MP3 players weren't cheap at all, and I'm kind of surprised people threw so much money at them in the first place. Then again, I subscribe to MassDrop, and the things people spend money on just because it says audiophiles will need it is rather absurd to me. Anyway, back to the money numbers game. Second place is Design with $96.7 million (I wasn't sure what this was, so I looked up the category: couches, watches, luggage and other nice looking, high-end products). Our category, Games, is number three by money at $89.1 million, which is also understandable. I think I pledged over $200 for Pantheon: Rise of the Fallen when it was on Kickstarter. Now, that seems like so much money, but back then I wasn't in the middle of buying a house and pretty much rebudgeted my month so I could support Pantheon, which I am back on track for supporting once again, although no where near that $200+ dollar mark (because, house, y'all). Just to close the gap between Games and Music, Film & Video comes in at fourth place with $66.4 million. 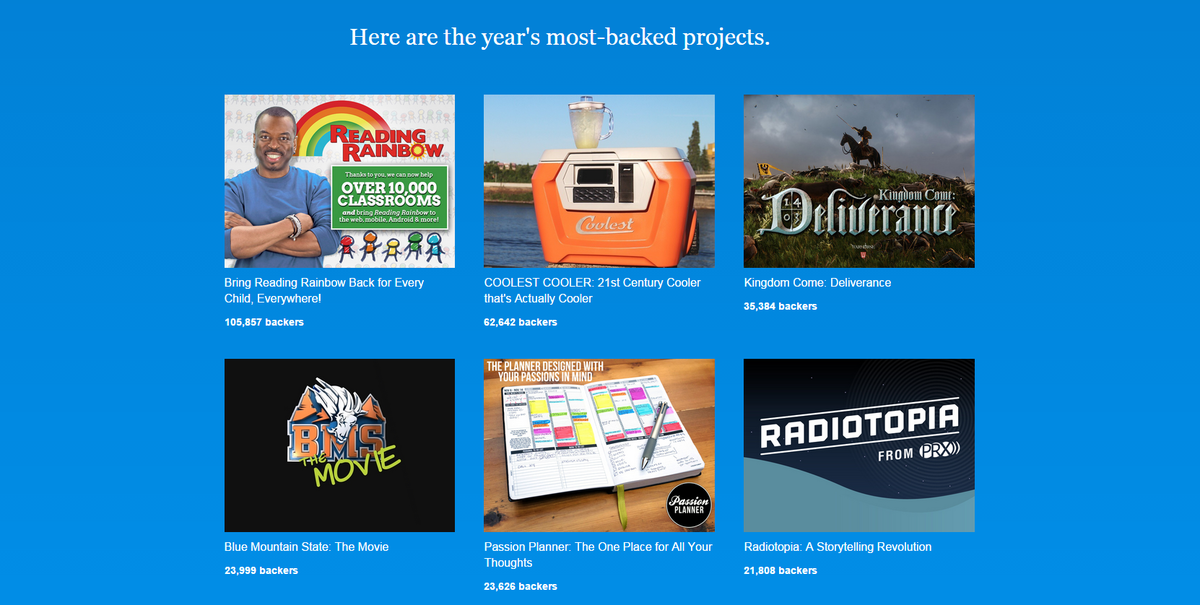 More cool facts include that almost every country around the world had 3.3 million people backing projects. The US had 2,209,258 backers totaling #335.5 million. Wednesdays seem to be the day for pledging; with early afternoon being the time people pledged the most (1pm seems to be the peak). When Neil Young launched Pono (the MP3 player), $400,000 was pledged in one hour on March 12, 2014, between 11am and 12pm EST. In what amounts to $110/second, Neil Young's project only took 24 hours to become funded.

As far as games, there are only one that made it to Kickstarter's “best of” list for 2014. I know that The Repopulation alone had a good crowdfunding year, including Kickstarter campaigns. However, they didn't make it to the list, nor some other games that I know people backed and were successful. That one game that made it to the most funded list was Kingdom Come: Deliverance with 35,384 backers. In the slide show, Thimbleweed Park is highlighted as a successful resurrection, so that should be noted, too. These two aren't the only ones out there, but these are the only ones I'll really mention, since these are the ones Kickstarter has mentioned. It's also worth noting that neither of these games are MMOGs.

The downside to using Kickstarter over something like IndieGoGo or GoFundMe is that if your campaign goal is not met, you do not see any money. Kickstarter had worked on making sure that successful campaigns do provide, but that still does not come at a guarantee. This can me said of every crowdfunding website out there, though, and not a fault of Kickstarter itself; this is an unfortunate downside to human nature. I'll admit that I usually do not back projects through crowdfunding sources, unless it's pretty much me pre-ordering an album. My last project was Murder By Death's Big Dark Love. Their previous album campaign placed them at third for most funded music projects overall, now they sit at number four. I'm sure they're okay with not beating Amanda Palmer. Do you use Kickstarter to back games? What was your last successfully backed project?