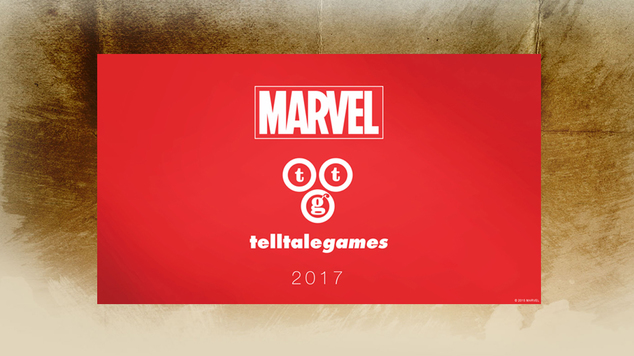 If you're a gamer that also happens to be a Marvel fan, something pretty exciting just happened yesterday. Out an event in San Francisco, Telltale Games - one of the fastest rising game development companies in the industry just announced a partnership with Marvel Studios for an upcoming game series (slated to premiere in 2017).

While it is still quite a long ways out, it's still fairly exciting news. Marvel, known for their long lineage of high-quality comics and compelling characters, has given itself quite a makeover over the last several years. They've invested heavily in new media back in 2008 with a properly done Incredible Hulk movie and the beginning of what has become its own film franchise with the first Iron Man movie. The wide-spread success of those movies eventually built the capital to expand deeper into the Marvel universe with AAA movies featuring some of the comic-giants most popular characters and a huge Avenger's film that's about to see its second installment hit the big screen in a couple weeks.

Movies are great and all, but Marvel's real strength has always been its comics and the company's ability to communicate meaningful and relevant messages through its fictional episodic art and story. Telltale Games is arguably the best in the business when it comes to episodic games, so the combination of these two entities is a match made in comic-gamer heaven.

Marvel Studios has shown with its latest (and highly popular movies) that it's prepared to evolve for a new generation and adapt its beloved characters into a new reality that both resonates with the youth of today, and also pays homage to the comic storylines of old. Sure, extreme purists might not be fully supportive of this striking change - but I challenge one to tell me they aren't watching (and enjoying) these recent movies.

It may be a little while before we start hearing details about what these two studios are cooking up together, but it should definitely be interesting. I'm looking forward to seeing Marvel make a much strong new push into gaming, and I think doing some episodic type games is really going to fit this franchise well - harking back to the days when older fans would be feverishly waiting for the next new issue to get released each month.

What Marvel franchise do you think they should start with? Avengers? X-Men? Spider-man? Or something less main-stream that hasn't been highlighted in movies yet? To spark your imagination, here is a quick overview of some of the upcoming movies slated for release during the long wait for 2017.