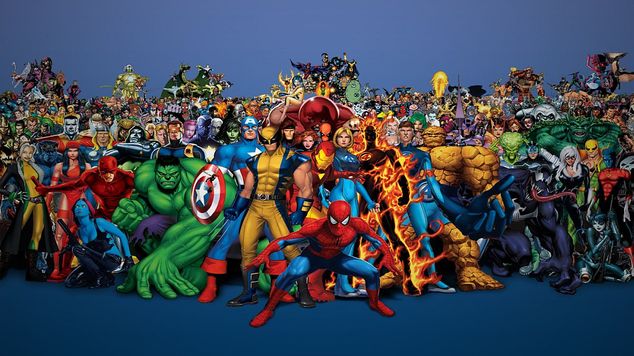 Marvel Heroes 2015 is a really boss game, at least in my personal opinion, and Spider-Gwen is a rather boss hero. I've always loved her artistic style, with the soft colors and the hoodie. Hoodies are just cool, even though it seems like hoodies go in and out of style every other day. Some days it's really lame to wear a hoodie, some days it's not. I don't know! It's odd. I think hoodies are awesome. Anyway I'm rambling, here is a snippet of the patch notes:

In the alternate reality of Earth-65, Gwen Stacy was the one bitten by a radioactive spider instead of Peter Parker to become a spider-powered superhero. The Mary Janes will need to find a replacement drummer for now, as Spider-Gwen joins the fight against all manner of supervillains in our dimension!

Nick Fury is impressed with your assistance in helping S.H.I.E.L.D. keep the most dangerous villains and their lackeys in check. He has something for you at the S.H.I.E.L.D. Recon Post in Chapter 3!

That's the important bits, I believe. Mrs. Marvel joined the Avengers as Captain Marvel at some point (comic book lore is the scariest thing in the world to talk about, because it's so, so, so very easy to be wrong) so that's the upgrade there. Spider-Gwen and it seems if you finish chapter 3 you get a free team-up (I think). Anyway, all good updates.