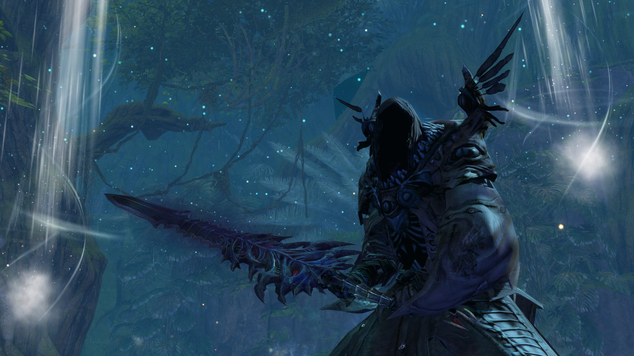 The Reaper is the latest elite specialization to be revealed by ArenaNet. When playing this greatsword wielding necromancer you’ll not only be able to cleave through a significant amount of enemies but you’ll also be able to transform into an avatar capable of wielding a scythe and as many have long expected, utilise a full set of shouts.

As you might have noticed from the video below or the screenshots on this page, the Reaper is a little different to a normal melee profession. ArenaNet’s approach to designing the Reaper was to draw inspiration from a variety of horror sources such as Pyramid Head, to build upon the feeling that you’re a relentless pursuer who is wielding an incredibly powerful and weighty weapon.

With that in mind, many of the Reapers greatswords attacks are much slower than what players are typically used to. With a sizeable cast time, there has to be a payoff and that comes in the form of powerful, heavy attacks. Even if you don’t swing as quickly, you’ll not only be dealing a sizable chunk of damage to make up for it, but each blow will be much more pronounced. 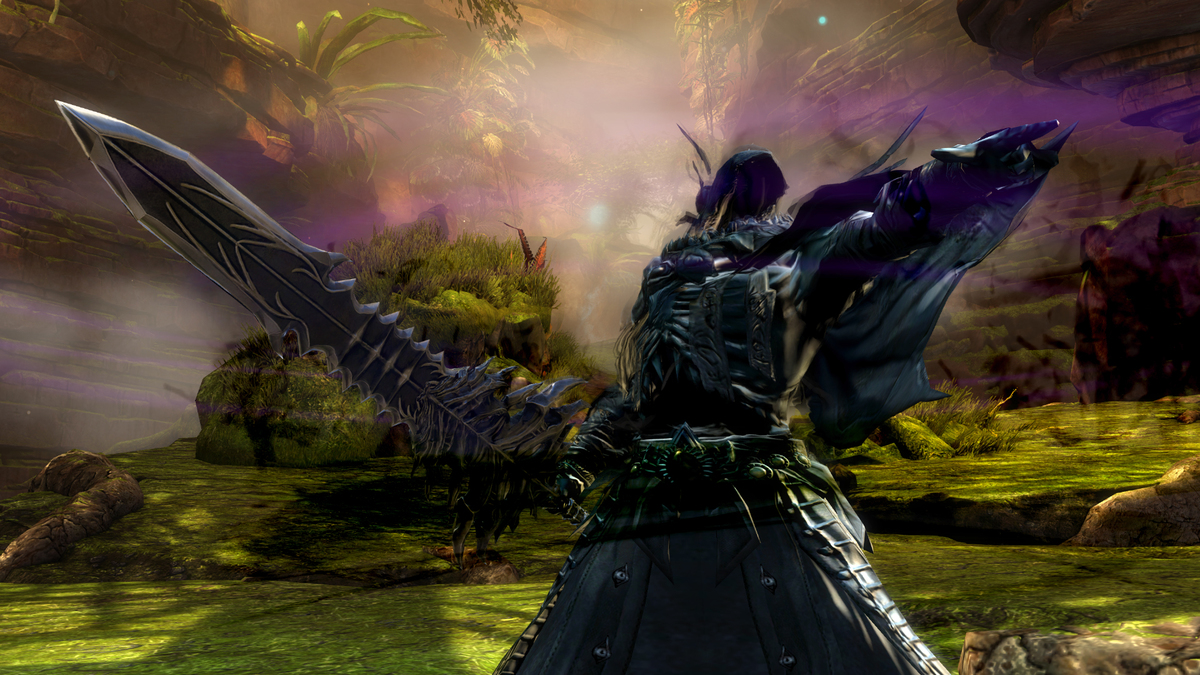 Nothing Can Save You (Utility)

One specific greatsword skill is called Gravedigger. As an execution, the Reaper will deal a huge blow to all foes around him. Being able to reduce a huge chunk of the enemies health is only one part of the skill as if you hit them when they’re below 50% health, the recharge time is significantly reduced. As a result there’s a feeling that you’ll be dealing damage relentlessly. Fortunately not all the skills are single-hit damage monsters. Robert Gee who writes this weeks blog post states that some will “hit more than once, and others don't do as much damage, but they are all tuned to deliver a satisfying payoff for the wait.”

You might currently be wondering how a Reaper is actually going to keep players in place if their attacks swing so slowly: that’s where chill comes in. Chill, according to ArenaNet, has always been thematically tied to the necromancer and the Reaper builds on this. Many of the Reapers traits, both minor and major, utilise or gain benefits from chill. There are two that we know of so far: 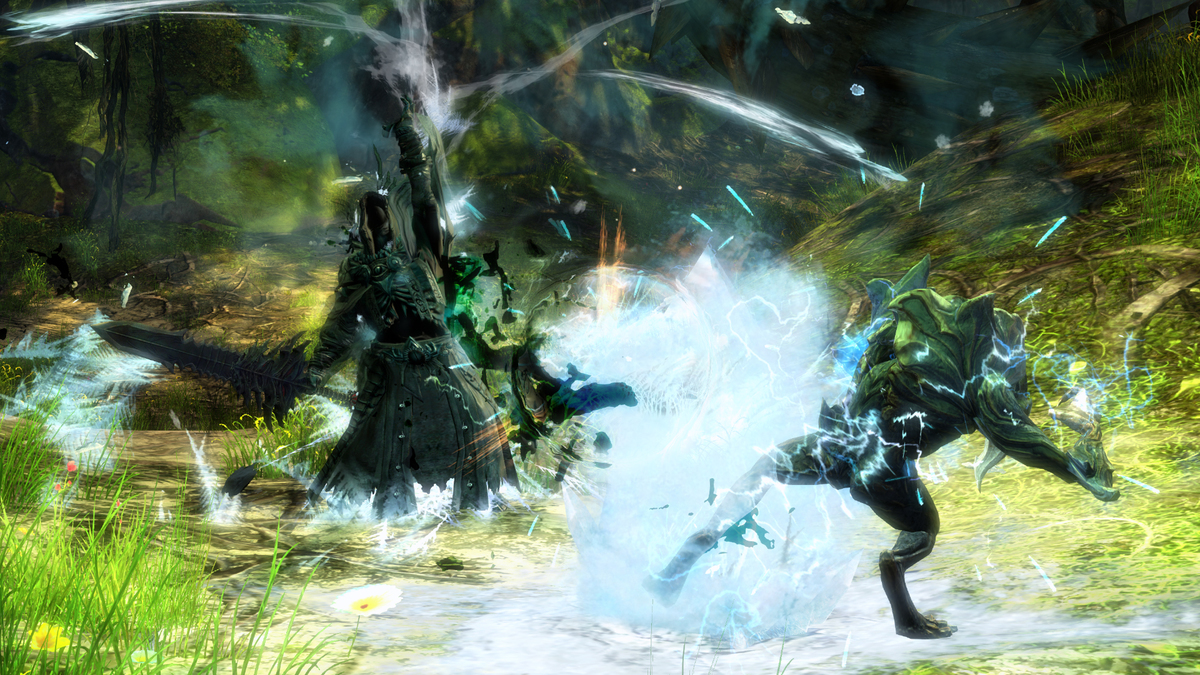 Chilled To The Bone

Shivers Of Dread chills opponents that you fear and Cold Should causes chill to last longer and foes affected by chill deal less damage to you. The purpose of both of these is to keep players near you (even if they are incapacitated) and when they are, that you can mitigate damage against yourself.

Where the Reapers shouts are concerned, they all fit in with the area of effect theme of the greatsword. They are all attack based and can hit up to five enemies, with them scaling in effectiveness based on the number of enemies struck. From what Robert states in the blog post, “the reaper is rewarded for diving into the thick of battle to engage as many foes as possible.” The Reaper shouts differ from the guardian and warrior in the sense that they harm more than supporting allies. 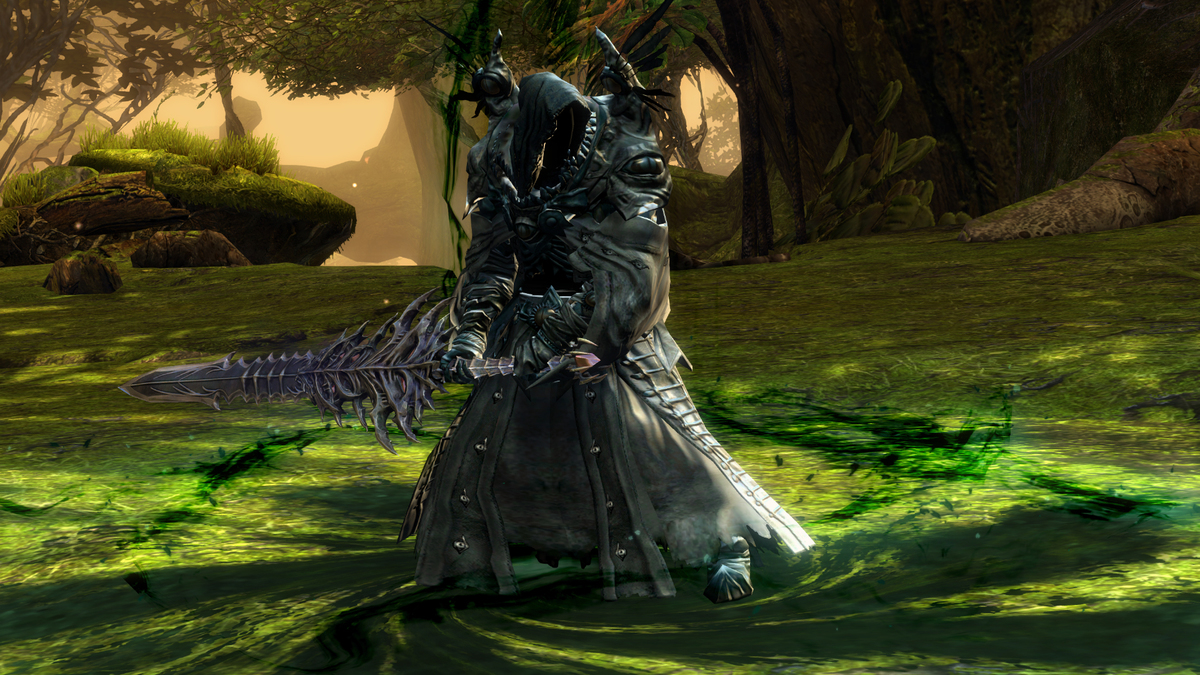 The only shout we currently know about is called Rise and when used, it deals a small amount of AOE damage to those around the Reaper. For each enemy damaged a jagged horror will appear. The idea being that the more enemies there are to fight against, the stronger the Reaper and its shout skills become. Where traits are concerned, there’s one which reduces the cooldowns on shouts the more enemies are affected.

Finally, Death Shroud is changing with the Reaper. You will now wield a scythe, have all new particle effects and receive a whole new set of melee focused skills. Skills will still be familiar and where possible, ArenaNet have made it so the new melee counterparts, where applicable, share inherit traits that were normally applied to them. The emphasis on the Reaper’s Shroud is all about keeping enemies close. 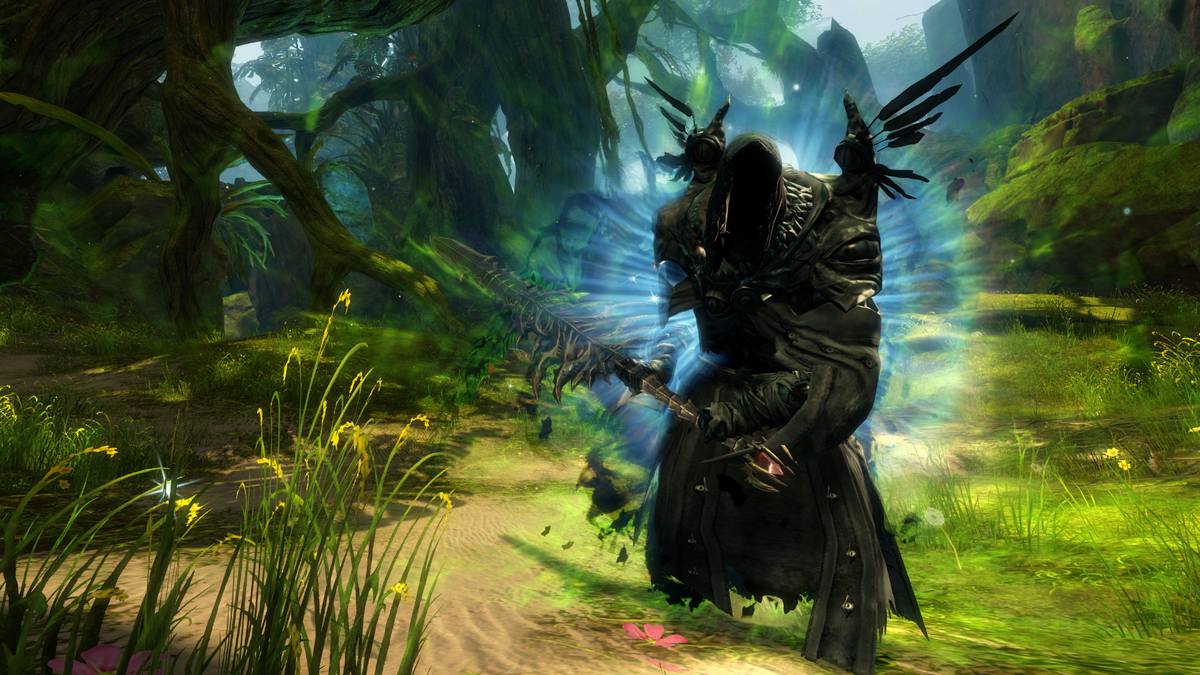 Your Soul Is Mine (Heal)

Death’s Charge, which replaces Dark Path, will spin your scythe and allow the Reaper to dash forward, damaging foes in your path. When the dash ends, you’ll release an explosive poison cloud. The principal behind it is still the same as Dark Path (you close the gap between you and your enemy) but you’ll do it in a different way. Fortunately Death’s Charge still strips boons and converts them to conditions, with the chill effect being used on a different skill.

For now, that’s all we know of the reaper and tomorrow we’ll hopefully find out all the traits and skills on Points Of Interest, airing at 12 p.m. PDT May 15 on the official Guild Wars 2 Twitch channel.

I wrote recently about my concerns for the Necromancer profession and while the latest specialization might not necessarily fix all of them, it will certainly go a long way in reinvigorating it. Many people have always said that they wanted Death Shroud to feel like a hulking powerhouse that people should be afraid of, and there’s every possibility that the approach ArenaNet have taken here will fulfil that. Using famous horror characters as inspiration, it’s going to be exciting to see whether the slow and heavy hits of the Reapers greatsword keep the elite specialization exciting. I’m already slightly nervous about the fact they could be interrupted constantly. 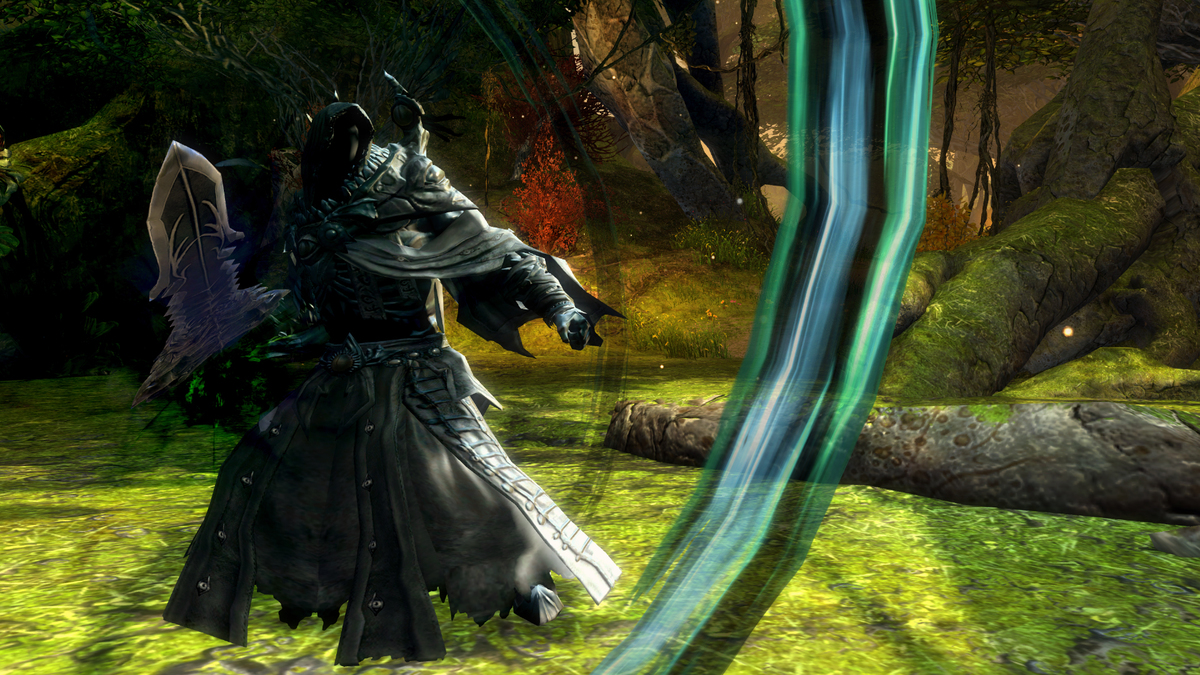 Where the shouts are concerned, there’s a huge amount of potential here especially if they become stronger or have a different effect when more enemies are in their vicinity. The only issue existing necromancer players might have is that it doesn’t appear that the necromancer is gaining any more utility. I’ll see you at tomorrow’s live stream.