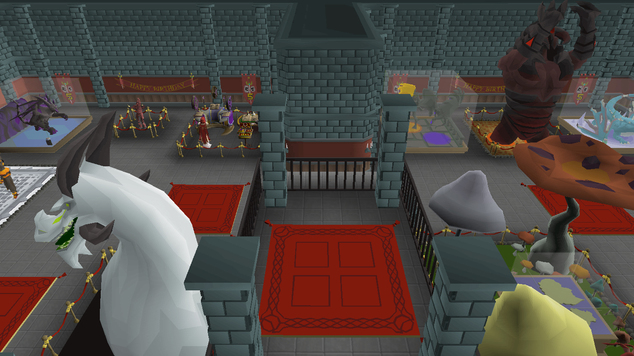 For any MMO to last five years is an incredible achievement, but for Old School RuneScape, I think it's particularly impressive. With the MMO genre wrestling for attention against the might of Battle Royale, to have such success with a game that's deliberately turning back the clock is incredible. As someone who loves old-school games, Old School RuneScape is what Albion Online was trying to achieve. The main difference being that it's not only a damn sight better, but vastly more popular. Oh, and it's coming to mobile devices very soon.

So what does 5 years of Oldschool RuneScape offer?

To mark the milestone, a new adventure has been launched that sees participants help Da Vinci with a new painting commission and be rewarded with the ultimate Old School prize: the iconic sword emblazoned in the game’s logo. Launched in February 2013, what began as a nostalgic vanilla RuneScape server for players eager to experience the MMORPG as it was in 2007, has today become an online success story in its own right. Over the past five years Old School has received dozens of exclusive updates not seen in RuneScape, including new quests and landmasses, and attracted millions of monthly players. Its competitive nature has brought to life the seasonal Deadman tournaments that have propelled it to be the #1 competitive MMORPG, as well as a most-watched game on Twitch.

You can find out more about the event, including sign-ups for their mobile version over on the official website.