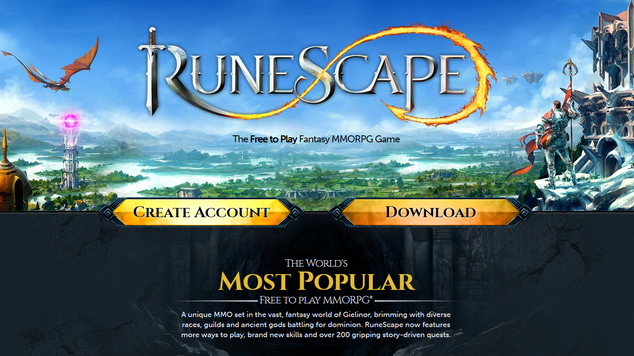 According to Kotaku, Jim Sterling, and importantly, the UK Parliament’s September 9 report on “immersive and addictive technologies.” one Runscape player has spent over $62,000 on microtransactions. While I'm honestly not shocked by this figure, it's still ridiculous to think that a game can A) allow you to spend that much, B) that a free to play title is even worth that, C) that any game is even worth that, and D) that spending such eye-watering sums still isn't considered gambling. Even so, and according to the report, “a member of the public whose adult son built up considerable debts, reported to be in excess of $62,000, through spending on microtransactions in British company Jagex’s online game RuneScape caused significant financial harm for both the player and his parents.”

If that wasn't bad enough, Jagex continues to draw enormous profits (the highest they've ever been). Is that entirely surprising if you're using mechanics such as the “Squeal of Fortune” or “Treasure Hunter". The former would allow players spin a wheel in exchange valuable loot. Players would have the opportunity to buy the opportunity to spin the wheel, 10 spins costing around $4.99 and 200 (including 250 bonus spins) setting you back $99.99. If that wasn't bad enough, the Treasure Hunter update effectively allowed you to gamble on your winnings for even greater prizes. The catch? Losing everything.

Considering Runescape seemingly has lengthy content gaps - which, I assume - are all to encourage spending when something does come along, is there any wonder (combined with gambling systems), that players are spending a fortune? This level of whale farming is disgraceful, and despite £50 million worth of profit, it's seemingly still not enough: Jagex will continue to drain every single player for all they're worth, until laws and legislation step in.