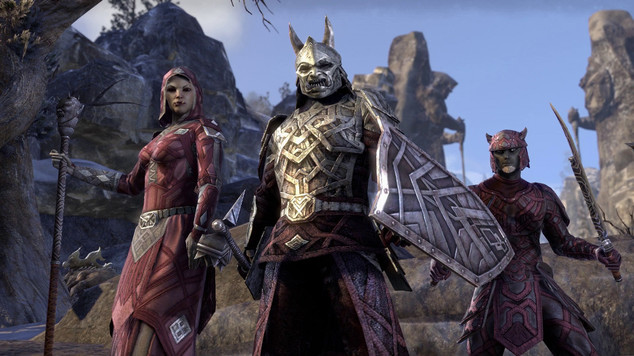 Orsinium Takes TESO Players to the Orc Capital in Next DLC
A new trailer has been released for The Elder Scrolls Online: Tamriel Unlimited, highlighting the next major DL

The next major DLC for The Elder Scrolls Online: Tamriel Unlimited has been unveiled, and will take players to Orsinium, the ancestral home of the Orcs. The new DLC will be playable at any level, with players answering the call of King Kurog to join in the effort to assist in the rebirth of Orsinium.

Some of the major features awaiting players in Orsinium include:

New PVE Content for All Players
Adventure through hours of captivating new content, no matter your level.

The Maelstrom Arena
A new solo arena challenge, The Maelstrom Arena, features nine combat rings and two different difficulty levels. Test your might against the fiercest enemies imaginable as you, and you alone, fight for your life and if victorious, are granted generous rewards.

Orisinium-Exclusive Rewards and Items
Enjoy powerful new gear, unique crafting styles and other rewards inspired by the history and denizens of Wrothgar.

Be sure to check out the official trailer for Orsinium below for a brief look at the above includes and more. The Maelstrom Arena looks particularly interesting, though I’m also glad to see that a decent amount of group content is being added with the DLC as well.

As with the recent Imperial City DLC, access to Orsinium is included with an active ESO Plus membership, or can otherwise be purchased via the Crown Store for 3,000 crowns. The DLC will see slightly staggered release dates for the various platforms as outlined below:

In the meantime, Orsinium will also be hitting the TESO PTS later today so players on PC will be able to preview and help test the new DLC over the next few weeks prior to the official live date.