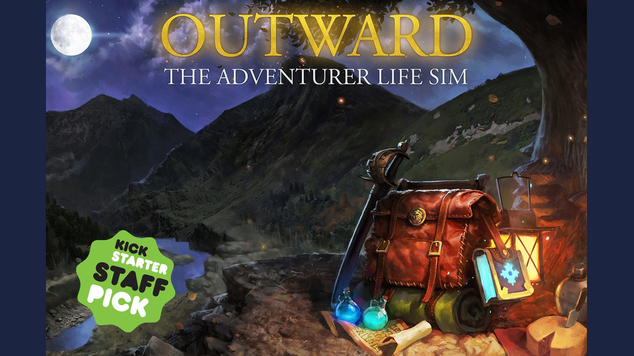 Outward - An Adventure Simulator?
An online RPG adventure game that actually has adventuring; and social adventuring at that! If you've never hea

If you're anything like me, than the last several years of online multiplayer gaming has probably almost numbed you to the concept of adventure in an RPG setting. Amid all the high-fantasy and extreme sci-fi MMO themes over the past several years much has gotten lost about what it means to go adventuring with friends. I recently stumbled across a kickstarter page for a game in development, and while I do have serious reservations about how so many developers are looking to Kickstarter to supplement development costs... this game intrigues me.

Pitched as an open-world RPG, Outward has strong survival, exploration, and strategic elements to it. To me it's very reminiscent of early table-top RPGs, but in a graphical sort of way. The focus is also shifted very much away from rules-heavy RNG mechanics to combat and survival that is very skill oriented. While much still needs to be learned about the story arc and full depth of content, the basic principle of the game is strong.

Some of the highlights mentioned on the official Kickstarter page for the game are:

While this game isn't necessarily labeling itself as an MMO - in many ways it is providing almost all the same scope of social RPG and Adventuring experiences that current MMORPGs on the market are offering. Most MMORPGs have shifted so far away from mechanically encouraging social gameplay that they probably shouldn't be using the MMO label either.

Either way, it's an interesting concept and game and should make for an excellent play both solo and with friends. It's got a unique combination of various game-types that should give it an audience in the current market. I'll be keeping an eye on this one, especially if their Kickstarter rapidly fills up. When I took a peek a couple days ago they only had a couple thousand dollars. That's almost increased 10-fold, and I expect they have a very good shot of reaching their modest $150k target goal.

I tend to think there are quite a few MMOs out there that could learn a thing or two from a game like this, what about you?