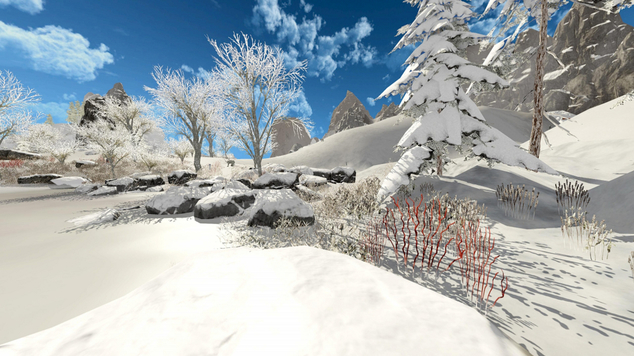 Project Gorgon Meets Funding, Announces Stretch Goals
The initial funding goal has been met for the current Kickstarter campaign for Project Gorgon, and the project

Any day an independent MMO project meets its funding goals on Kickstarter is cause for celebration in my books. While the initial goal for Project Gorgon wasn’t as massive and bloated as some have been over the past couple of years, it has met its initial funding goal within the first week of the campaign. With 22 days to go in the campaign, two new stretch goals have been added in the latest project update.

The first stretch goal would introduce exclusive backer mounts. These unique skins will become available to players once they obtain the horseback riding skill in-game, though backers at the Horseback Explorer level or higher will receive the mount automatically (this tier and above bundles an instant riding skill perk).

The unique mount unlocks should the stretch goal of $25,000 be met, and based on the current level of support it is very likely to be met soon.

At $30,000 a second stretch goal is planned that will unlock a timed exclusive backer character race, dwarves. As noted in our previous update for Project Gorgon, there are a total of 6 races planned for the game, with five of them announced. It’s unclear whether the inclusion of dwarves is intended as the 6th unannounced character race, or if that one is still TBA.

Above: An early render of dwarves in Project Gorgon. If the current stretch goal is met, this will be greatly improved in its final version

Regardless, the addition of dwarves would certainly enhance the gameplay experience, as the race would have some unique abilities that certainly sound interesting. These include:

I’m personally a massive fan of cultural diversity in MMOs, and giving players some distinct reasons for selecting a specific playable race beyond the cosmetic layer. One upon a time, your choice of race had a true, meaningful impact on the overall experience. As corporate interest crept into the genre, it seems proper racial diversity is one of the many things left on the cutting room floor in most titles in favor of a strong desire for heightened accessibility.

To be fair, some more recent titles such as Guild Wars 2 do inject some cultural flavor into the mix, but as resident expert Lewis Burnell recently pointed out, the associated racial skills leave a lot to be desired. At best, they’re a novelty item not really worth spending skill points on. These should have always been an automatic unlock based on your choices during character creation at the very least, but that’s an entirely different topic for another day.

Getting back on topic, Project Gorgon is certainly taking a different path than the average triple-A MMO as seen over the past 5-10 years, but will no doubt be a much better game for it.