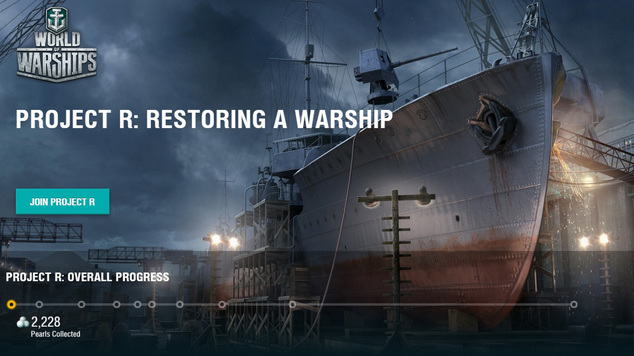 Collectible virtual currencies and the ability to unlock new items for active use in a favorite MMO have somewhat become staples of the genre at this point. Occasionally these simple concepts are given an overarching goal that encourages participation within the greater community for a given game, and that’s exactly what Wargaming has done with Project R for World of Warships.

From now through February 14, World of Warships players will be able to participate in Project R to unlock personal rewards as well as the overarching goal of rebuilding the famed Japanese destroyer Kamikaze with unique camouflage. Milestones for Project R can be viewed on a special event page on the official World of Warships website, along with some additional info on how the whole thing works.

Back in 2006, World of Warcraft conducted a similar world event known as The Gates of Ahn'Qiraj. The concept behind it was simple: the community on a given realm gathered resources that would in turn help open the Gates and unlock new raid content. The milestones for that particular event were somewhat ridiculous and in the end, the vast majority of participants never even stepped foot in the new raid zones they helped unlock.

World of Warships is doing things quite a bit differently for Project R. The milestones seem to be quite reasonable all things considered, and the potential unlocks are useful for a much larger percentage of players. Along the way, you’ll also be able to earn additional rewards for participation such as credits, Premium Account, camouflage, and other boosts based on your individual contribution. 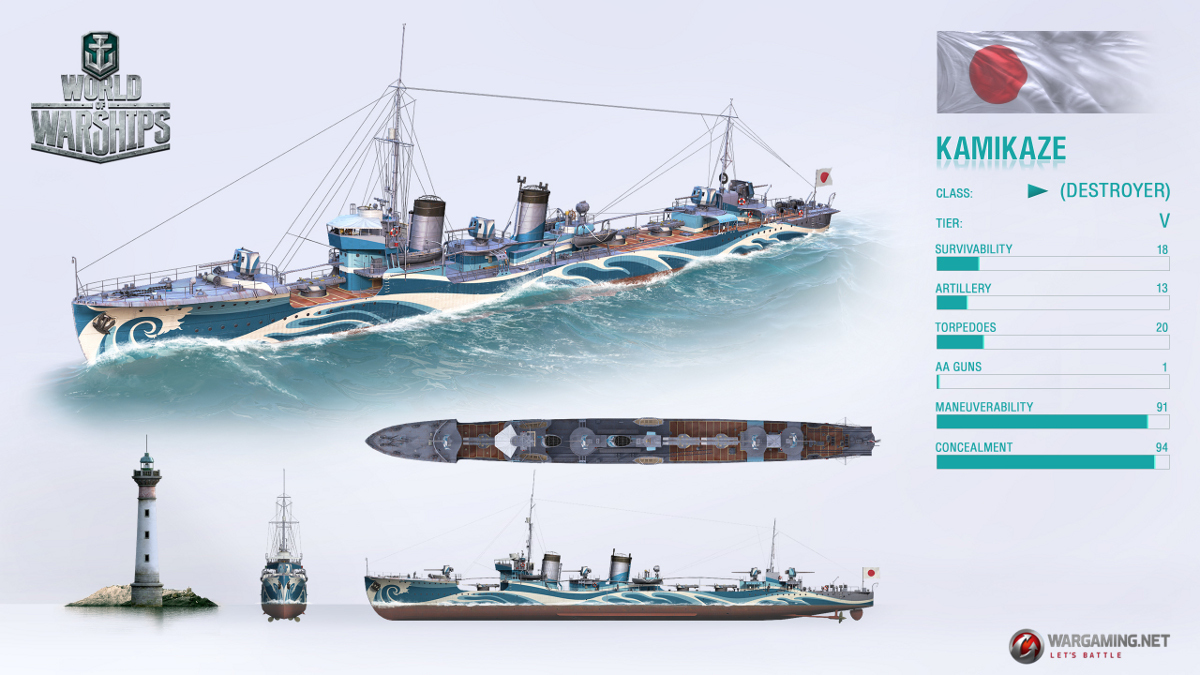 To earn Pearls, captains must challenge special “Project R” in-game missions. By completing these missions and achieving various milestones, they can also earn credits, Premium Account, camouflage and other boosts which are based on an individual’s contribution. What’s more exciting: if the community reaches the milestone of 32.5 million, Kamikaze will be completed and 1,000 Japanese destroyers will be randomly given to participants who collected 150 Pearls or more.

Project R lasts for a total of five weeks, and players will be able to track the overall progress on the official website.