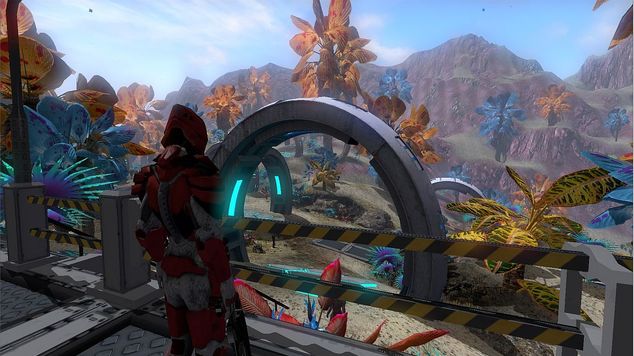 Repopulation Build 15.6.1 Live Today
The big highlight of this Repopulation update is the new tutorial zone which should entice you to learn more ab

The Repopulation is a sandbox game and sandbox games can be difficult to really understand without a good tutorial sometimes, due to the unique way each one tries to invoke gameplay. In the latest Repopulation update they have redone the tutorial to attempt to make it compelling to play, while not forcing you to complete the entire ordeal (in true sandbox nature). I think that this is actually smart game design and more games should consider if you really want to play the tutorial or not.

There is a lot of ways to educate players, but without the "themepark" rollercoaster ride of breadcrumbed quests, it can be hard to teach someone what to do. In games like World of Warcraft or Final Fantasy XIV your hand is held each step of the way. This is done by starting content out "easy" with introduction quests that guide you through a series of tasks. In World of Warcraft, it's roughly the first 15 or so levels attempt to show you how to do everything in the game via in-game prompts and quests that assist in triggering them. In FFXIV the entire PvE leveling portion of the game is a tutorial, with dungeons progressing in difficulty and adding in new tactics to make sure you learn everything you need to know in raiding.

In more sandbox style games where you craft your own world, it becomes harder to explain "you can do whatever you want, this is the long list of things you can do." For instance, in EVE Online the earlier tutorials were insanely long and very boring, and still didn't prepare you for what you needed to do once your ship was set in the world (join a corporation, provide value to a corporation, worship your corporation, betray your corporation). It's very hard to find a good balance of information and keeping the world free of hand holding.

Back on subject with the update, there is a new tutorial, new camps in the tutorial, and you can get a Savaged Cycle which is unupgradable through the tutorial. Lots and lots of bug fixes as well. You can read the entire update list over at the Repopulation website.