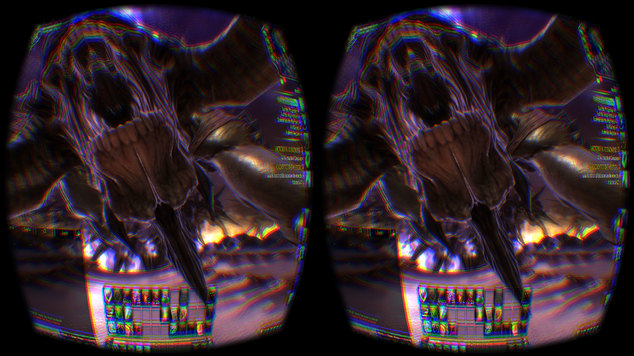 Earlier today, Trion announced that it is adding in experimental support for the Oculus Virtual Reality dev kits. This is completely experimental, support is minimal, and is currently only available on the alpha and test shards. This should hit the live shard sometime this week when they patch in the hotfix for it. There are a lot of disclaimers to go along with this announcement, and my hope is that the reason why they're putting in this feature in its current state is because they need more player feedback and testing in order to make support for Oculus more than just experimental.

The issues include a mouse that becomes increasingly inaccurate the further away from center it is, the mouse pointer only available on one eye at a time, framerate expected to halve when in use, “extended desktop” over “direct desktop” only support, very minimal UI support, and lighting and shadow bugs more apparent when using the Oculus. This list is long enough to almost make someone ask why they should bother in the first place, making me think Trion really needs testers above all else. They also add in the disclaimer that they can pull this support at anytime, which I'm hopefully translating correctly as Trion wanting to get it right, and if it doesn't go that way, they will stop supporting the Oculus. 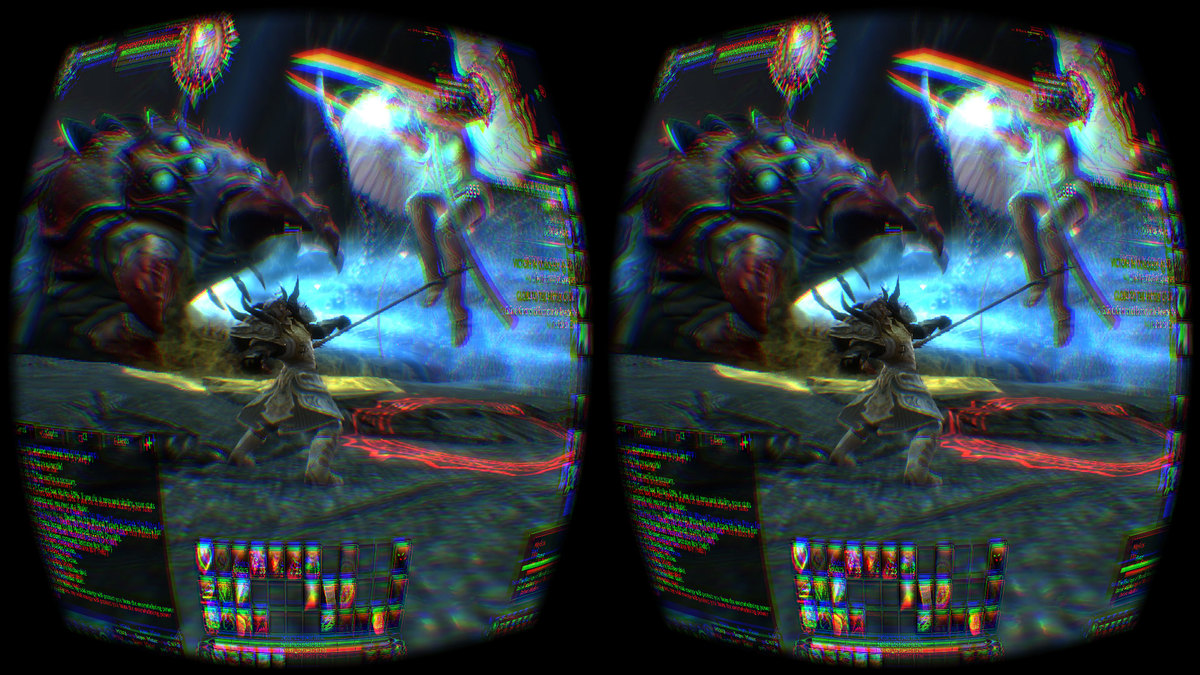 They're also asking for very specific feedback, especially from those who also have Oculus dev kits, particularly how they can improve the UI. Since they note that the coding for this support was done in one night, it should be expected that support for the Oculus currently will be minimum at best. I haven't used an Oculus yet, and I do not think I would physically be able to, but I sure hope that using one in RIFT looks far better than the screenshots. Despite what we are shown, player feedback so far is that the game does look stunning with the Oculus.

Should RIFT be working on adding in support that so few players have currently? It could be seen that adopting the technology before it's widely available will be smart, if they want to be able to fully support it in the future. Since it seems one dev did this as a pet project, no time was lost on creating upcoming content. I could see it as Trion wanting to keep RIFT relevant before the game has a chance to stale. If I could use an Oculus, it might make going through the starter areas fun again. You know, so I can Rift when I RIFT. Then again, I'd need to actually play RIFT, which I won't do until Trion changes its account merger policies (or at least stops setting my support tickets to resolve without reading the issue).

Do you have an Oculus? Do you see this as a game changer for, well, games? How do you feel about an established game, like RIFT, adding in very minimal support? Should Trion hold off adding this to the live shard until more kinks are worked out with Oculus support?