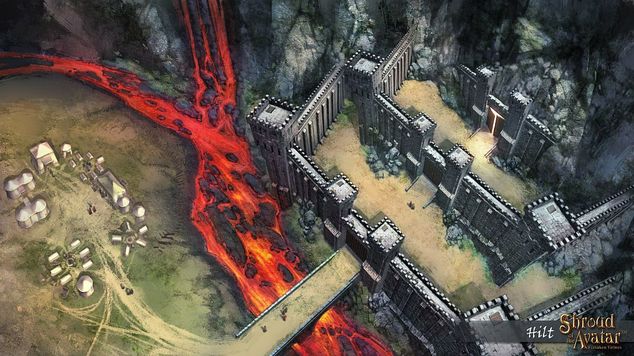 If you wanted to have a town in Shroud of the Avatar, sadly, that's no longer possible to purchase one that has overland map access, meaning that your town will have to fit within another town. While you can still start out owning a town, it'll need to be connected to another town and won't sit on the overworld. This means, kind of, really, a few things. First, they had 230 maps to sell out and sold out fast, and second towns cost $3,600 USD, with other scenes running $900 to $6000 (with the 10% sale going on).

Anyway, considering Overworld Access isn't available, don't fret - you can still play the game and receive the towns through in-game purchases with gold. This just means that when the game launches for realsies, you won't start out a town owner, and will instead need to work it out in the game. Additionally, you can still buy a town if you want one, but again, it'll need to be connected to a town that's already on the overland.

Reactions to this are mixed - for me, it's a big moment for Shroud because it proves how much the community is willing to get behind the game, and stick it out even though the alpha so far has been rather limited. At the same time, a lot of fun in a game is earning things, and having limited housing units works poorly once you reach a critical mass. I'm confident that these issues probably won't be that big of a deal, but honestly, Shroud of the Avatar will kick off with not only 230 player towns on the overworld, but in addition to that, these towns will each be pretty much hand crafted by the players. Even though the fees are rather large, it does include customization by the developers. The towns aren't just copied and pasted.

If you want a town, check it out now while they're 10% off at this link.