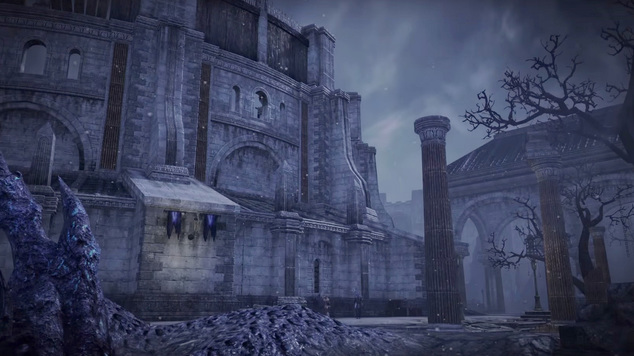 The Elder Scrolls Online fans have a lot to be excited about today as the long awaited Imperial City DLC game pack is now live for PC and Mac players. Console releases will be following close behind, with the Xbox One release set for September 15, and the PlayStation 4 release scheduled for the following day.

Imperial City has been in testing since earlier this summer, and accomplishes a heck of a lot for what you’d normally consider when you think of DLC drops. The size and scope of the update is very similar to what we’ve seen with other free-to-play MMO expansions over the past couple of years, Neverwinter being perhaps the best example in terms of gameplay and value added.

Anyone who has spent much time stalking around Imperial City in Oblivion will know that the place is absolutely huge, and full of interesting places to explore. One of my favorite things to do in that game was go out and beat up every necromancer I could find and take it’s robe, and then to back to the city and sell one to every shopkeeper who droned on about how bad necromancy is. Like clockwork, if you came back to their shop later on, they’d be wearing the robe.

I’m guessing that won’t be a feature in the Imperial City DLC for TESO, but one can only hope!

In terms of actual features, the list is pretty long. Before diving into the list, please note that the DLC pack will cost 2,500 crowns to download and play, but will be a free update for anyone with an active ESO Plus membership. Given the amount of content bundled in Imperial City, it’s a pretty solid deal either way.

New PVE and PVP Content
Featuring six distinct Imperial Districts, battle against the forces of Molag Bal as well as the other Alliances.

New Quests, Enemies, and Characters
Whether participating in massive PVP battles in the Imperial Districts or adventuring in one of the new dungeons, players will be introduced to new quests and enemies, including the Xivkyn.

Additional Weapons, Armor, and Currency
Fight the forces of Molag Bal to plunder Tel Var Stones, a new form of currency you can use for exclusive Veteran Rank 16 weapons and armor, or search for new Treasure Vaults containing other rare finds.

Imperial City-Exclusive Collectibles and Items
Exploring Imperial City or visiting the Crown Store will reward the player with a host of new collectibles including pets, mounts, costumes, and polymorphs!

Be sure to check out the “Liberate the Imperial City” video below for a closer look at the DLC, and you can also find more info on the update on the official TESO website.