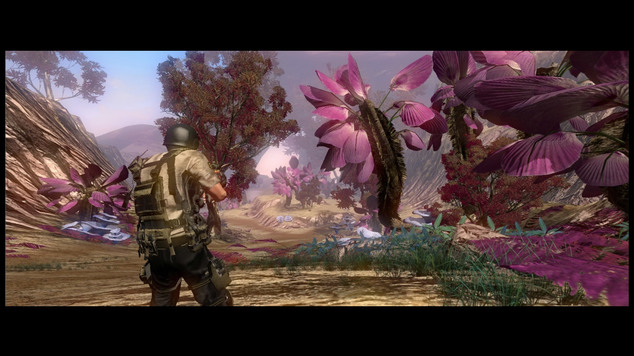 This morning The Repopulation released update 14.12.1 including a ton of new updates to graphics, user interface, and combat. The patch notes are extensive and include things such as balance pass on skill gains:

Entertainers seemed to have received a buff as well:

Entertainers received a reasonable boost in this build with the effectiveness of their buffs being improved, as well as the lengths being increased. We found a bug in the Contested areas which was making a number of areas in Fal Sept, Mount Ash, Kaavo and Tralus Plains which were intended to be contested being treated as though they were protected territory. So tread carefully when running around the contested regions. Audio received a number of improvements, including environmental, footstep, combat, and music improvements. Quite a few housing improvements were made and over 135 new housing items made it into the game. Content work in general continues with many additions all around including some lengthy missions and external area affecting engagements. Points of Intrigue will also play a larger role in the generated camp systems.

The Repopulation is a sci-fi MMO developed by Above and Beyond Technologies, using a crowdfunding model. This update comes on the heels of several other big updates that have arrived once the NDA was lifted and early access has begun. There isn't much to say about this patch beyond a few balance changes, as most of the update is focused on bug fixes.