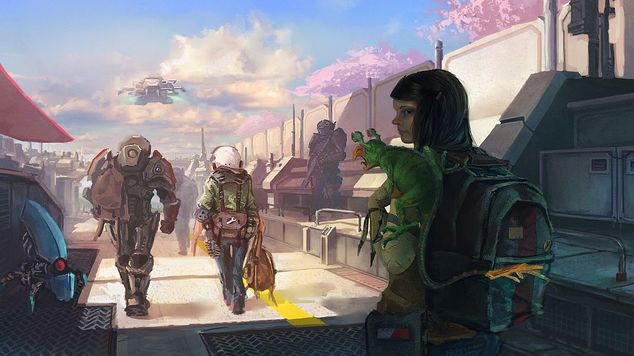 The Repopulation wants to launch soon and it knows to do this it needs to get its PvP ducks in a row. So they're working on revamping the entire PvP system to make it more fun than ever. The sieges of player controlled towns are changing up to make it better. In what way, well, we'll know for sure at PAX Prime, but there are a few details ahead of schedule.

The PvP system in The Repopulation, a Kickstarter-funded sci-fi sandbox MMORPG from Above and Beyond Technologies, is undergoing a major overhaul in preparation for launch. The revamped PvP will be playable for the first time at PAX Prime.

City sieges will be resource intensive and last for 3 days, making them a serious engagement, with big rewards. Likewise, for players not interested in city siege, there is also a 3 faction PvP mode coming as well.

Also coming to The Repopulation is a new PvP engagement where the game's three factions fight for control of a fort in a contested region called Shattered Heights. Members of the faction that successfully seizes control of the fort will gain exclusive access to vendors, missions, resources and a cloning facilities located within the fort's walls that allows the victorious faction to respawn in the base.

Again, these modes will be available and should be playable at PAX Prime, so it'll be a little bit before we can find more details. Not much else is said other than a revamp is coming, but, The Repopulation is a game to keep on your radar. It's currently on Steam Early Access for around $20 USD. As of right now, you can play the game and open PvP is go. You basically start off as a newbie in a protected area of the game (roughly a third of the entire game). If you switch to active military status or leave the protected zone, it's PvP go time.

Watch the video below for a sneak peek of what's coming out on PAX Prime, until then it's time to sit on our hands and wait for The Repopulation to tell us how they'll... populate... the PvP revamp.