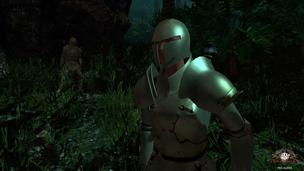 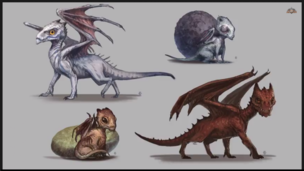 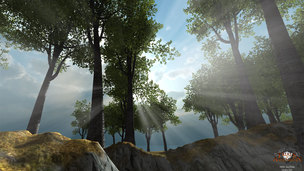 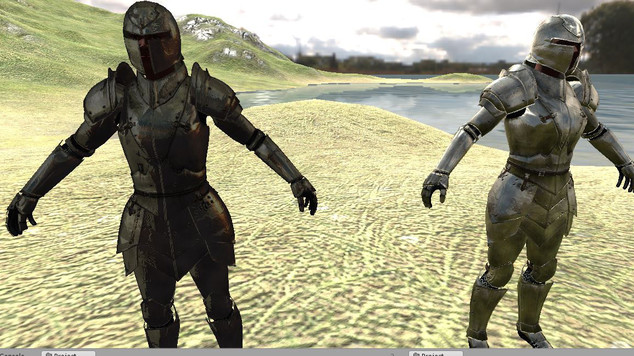 Earlier today, one of the devs for Trials of Ascension sent a tweet my way to let me know what the team has been up to as of late. Over the past few days, they took a break from implementing features to work on the graphics for ToA. The result is rather gorgeous, and don't just write this off as me being totally biased here. We all know I'm pretty biased about this game, but really, the images shown in today's forum post by Teddy show off some really stunning improvements.

These improvements come to us through the power of physics. The game's physics are based on real-life physics, so you won't see light doing anything weird. Instead, you get a visually pleasing world that acts the way you would want it to act. Even though one of the reasons that MMOs are so popular is that they offer an alternative reality to create a new you in, but having light bouncing off water in an expected way is just comforting. Especially when your real-life physics results in such a pretty game.

This extends beyond light and water onto metallic surfaces such as armor. Seeing how the light wraps around and lights up areas of the two suits of armor shown is breathtaking, and I cannot wait to see what Forged Chaos comes up with next. While I have problems with hyping myself up, as many gamers do, it's also a lot of fun and excitement watching a game go through its stages of development, and pretty much grow up, from a concept to a launched product. There is no doubt that I'll be here writing about this game as it continues to grow.

Personally, I think the game is shaping up to be something really fun, in a world where there are consequences and actions matter. With systems like, die a hundred times and your character is permanently dead, Trials of Ascension won't be a game for everyone, but I still think it will be enjoyable. I know Kevin Christopher and I are looking forward to seeing how creative we can be in coming up with new ways to die. What are your thoughts? Do you like the direction the visuals are heading? Are you a fan of ToA? Let us know!