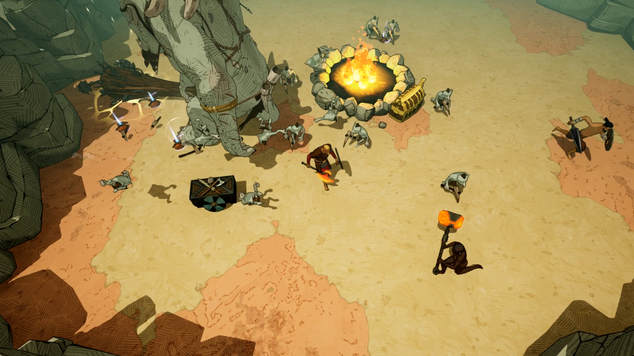 Tribes Of Midgard Open Beta Continues At Pace
It's looking awesome, and you should absolutely check it out.

If you haven't heard of Tribes of Midgard, that's totally fine. I hadn't until a few weeks ago, but I'm glad I now have. For anyone who still hasn't, it's new cooperative survival game where players fight against an oncoming invasion of Giants during Ragnarök. It's procedurally generated and players play together to craft legendary equipment and defend their territory. It's in open beta, but these phases close and reopen often. The next opening is likely not too far away, and its development team are hard at work on the following:

A lot to share before the next Open Beta! This week, we're:

If you haven't checked it out, I would very much recommend that you head to their official website, or their Steam page, where you'll be welcomed by an excited community, and a ton of brilliant reviews. Definitely one to watch.

[Correction] We've amended this title to reflect that the next Open Beta date is not yet public knowledge.