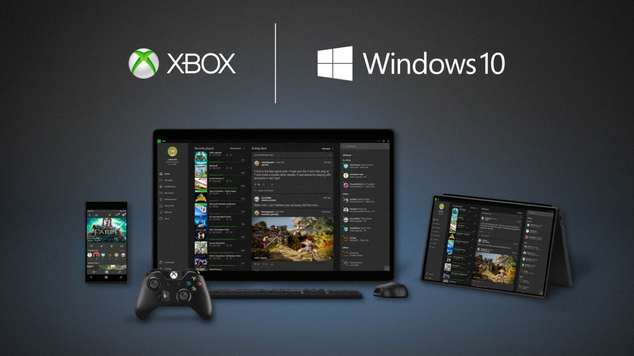 Windows 10 - The Next Big Thing?
Veluux highlights a few things about Windows 10 that look to have it catering towards gaming, entertainment, an

With Windows 7 starting to get quite dated and Windows 8/8.1 a bit awkward on a gaming computer, PC gaming enthusiasts should be looking forward to the next version of the OS set to release at some point this summer. Without diving too deep into the technical details, I'll cover some of the highlights of the new OS that have the biggest impact on gaming and entertainment.

I should start off by saying that if you stick to your every-other-Windows upgrade rotation, you probably skipped 8/8.1 and are already preparing to finally upgrade from Windows 7 to the next big thing, which is Windows 10.

(If you prefer, you can read a new, but long in-depth article on the upcoming Windows OS here.)

Interestingly, Windows 10 appears to have its sights set on a subscription system, likely annually (as the company has done with its Microsoft Office suite). There are pros and cons to this.

One benefit is that it will likely be cheaper to upgrade into right out of the gate. Over time, however, it might end up being a little more expensive if you're someone like me who spreads apart your upgrades and doesn't always sign up for the bleeding edge of technology. It's not all bad though, if you're continuously paying an annual fee to renew your OS license, you're new Windows will technically never age. Windows "10" may end up being something more like Windows "Unlimited" where it doesn't really see hard-border upgrades anymore and just continuously gets updated.

Also, if you happened to purchase Windows 8, the rumor is that you will get a free year of Windows 10 as a courtesy. So you can at least try it for free. If you don't feel like staying current, you could always roll back to whatever you're using now.

Windows 10, above all else is looking to unify the consumers computing experience. Unlike the poor attempt with Windows 8, this latest OS is keeping PC users in mind and Windows 10 is aiming to offer all the benefits of cross-platform integration, syncing, and all that other jazz - without totally ruining the way you're used to operating a traditional Windows PC.

They're even going so far as to create a near seamless transition and communication with the XBox One console - to the point that you can use all your XBONE accessories directly on a Windows 10 PC. You'll also be able to stream any console game directly to your Windows 10 PC natively. That's great news for streamers, which should greatly simplify the process of streaming different games from different platforms with a lot less hassle and legwork.

Windows 10 is also working on a browser project called "Spartan" that should be on the cutting edge of internet technology and being optimized for web-browsing the latest code languages that most major websites are currently utilizing. It hasn't quite been dubbed an official Internet Explorer replacement yet, but if they manage to get legacy support and chrome-plugin support figured out, it probably will. (Does anyone still use Internet Explorer anyways?). I've never really been a fan of Microsoft's browsers, but Spartan is a step in the right direction.

The jury is still out on how fast and light the final release of the OS will be, but if it's planned to operate natively on mobile devices I imagine it won't be all that heavy. Hopefully Microsoft has learned a lot (it seems like they have) from Windows 8's terrible reception on anything other than smartphones and tablets. Hopefully they've finally found the sweet-spot for a cross-platform OS, as the way we use technology today really would benefit from a native OS that a customer can use on everything. Apple kind of has that going for them, but there's so little support for so many things and 3rd party developers that it's never been ideal for gaming. Windows 10 might be that.

If it does manage to pull off all its cross-platform aspirations, that will make good security even more critical than ever before - as one leak may breach access across your entire personal network. The good thing is that Microsoft is taking this risk very seriously and has plans to implement a two-factor authentication protocol into their machines that will replace the age-old Password system we've been using for decades. This new system is specifically geared to nuke virtually all phishing and database breaches, which bodes very well for the computer-illiterate folks out there.

It should be exponentially harder for someone to accidentally grant access to an illegitimate party. The best part? Now you won't have to remember that ridiculous pass phrase of alpha-numeric characters and symbols that a really good bot can crack anyways. We'll have to see how it all works out.

I've always been more of a Windows guy. The ability to build your own rig and have an intimate knowledge of everything my system is doing has always been valuable to me, and the most cost-effective and secure. I can keep my system light, fast, and agile; and for probably half the price of the next person that's buying a rig commercially and using a ton of invasive software for security. To me, Windows has always been the simplest answer for that - as Linux has a much higher learning curve that I think slightly out-weighs the benefits.

I still don't know what to think about the move to a subscription model, but if the price is right it could be a very smart move on Microsoft's end to convert a lot of unhappy folks that have been fiddling unsuccessfully with Linux or growing tired of Apple's outrageous prices (for the same exact hardware you can buy and build yourself at home by watching a simple YouTube video). If their new security solution comes through, then Apple will offer very little advantage over Windows when it comes to virus and hacking protection.

What do you think about the upcoming Windows OS?