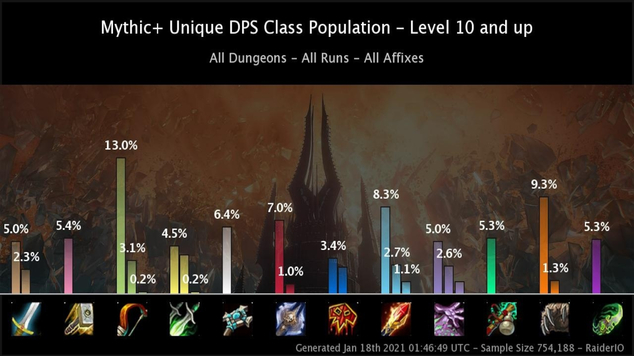 World of Warcraft: DPS Performance Analysis For Mythic+
Which specs are the best at each level of key? It varies a lot!

Which specs are the best at each level of key? It varies a lot!

Archimtiros at Wowhead has posted an excellent analysis of how each class is represented and why some might be much better at different key levels that you expect.   What works in 15+ keys might not be the most effective in keys below 10 for instance.

As we enter the ninth week of the Shadowlands expansion, we're taking a look at the DPS classes and specs in Season One Mythic+ keystone dungeons. We've gone through data gathered by Warcraft Logs and Raider.io, while also speaking to several of our writers and community class experts to get impressions on the state of DPS in Mythic+, how the Prideful affix has shaped the meta, and which classes may be better than you think!

Archimtiros looks at class representation at lower key levels compared to higher key levels and why players who don't aspire to run 20+ keys might be better off playing one of the "non-meta" classes at their key level. 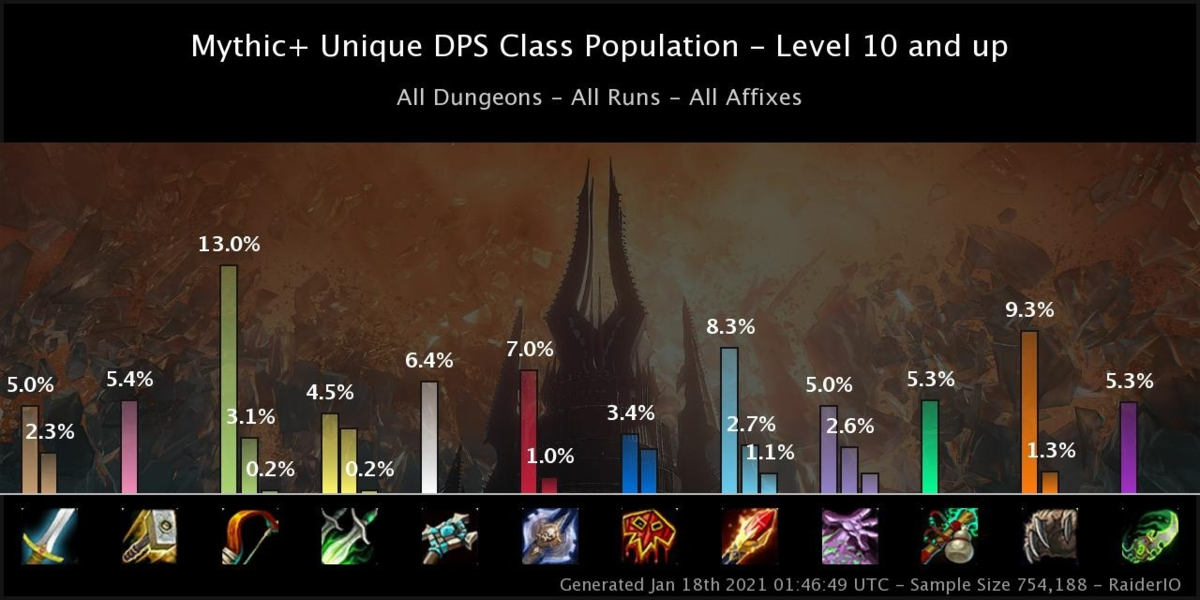 The question raised is whether the fact that Rogues, Hunters, Mages, Monks, and Druids make up 88% of 20+ keys means they're the only good DPS for Mythic+, and the answer is of course not. Truth is, the vast majority of players will never enter a 20+ key, most of them won't even do a weekly +14 (much less 10 of them) to maximize their Great Vault, and many classes which are underrepresented at the highest levels perform extremely well in lower level keys - often as well or better than those considered above them. Part of this is due to different strengths, as lower keys tend to value raw throughput, while higher ones place a greater emphasis on cooldown timing. Another part of it is due to personal survivability and group utility, as the highest keystones begin to place an even greater emphasis on that than damage itself. Shadowland's first seasonal affix plays into this as well.