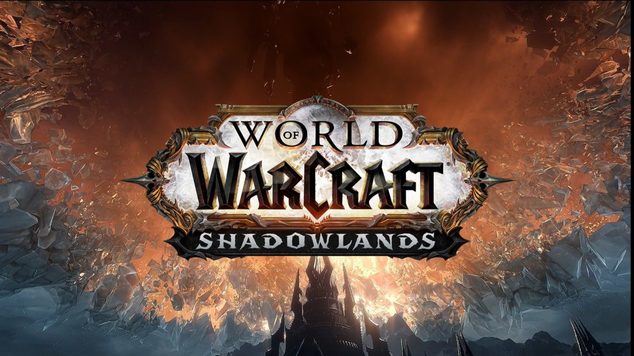 Blizzard has announced that World of Warcraft: Shadowlands sold 3.7 million copies in 24 hours.  This makes the expansion the best-seling PC game ever.  The previous record holder was Diablo III with 3.5 million copies sold.

Here is the official press release.

IRVINE, Calif.--(BUSINESS WIRE)--Starting November 23, World of Warcraft® players around the globe began their journey into the unknown reaches of Azeroth’s afterlife in Shadowlands, the game’s highly anticipated eighth expansion. Today, Blizzard Entertainment announced that as of the first full day of Shadowlands’ launch, more than 3.7 million units had sold through globally, making it the fastest-selling PC game of all time industry-wide.*

The previously announced industry record-holder, Blizzard’s own Diablo® III, sold through more than 3.5 million copies as of its first day of release. Today’s announcement confirms that Shadowlands has surpassed that milestone as well as any other reported sell-through achievement for the same time frame among all PC games historically.

In addition, World of Warcraft has continued to see strong engagement from the global community franchise-wide:†

“It’s been a huge thrill to enter this whole-new dimension of the Warcraft universe together with millions of players around the world,” said J. Allen Brack, president of Blizzard Entertainment. “It’s been equally rewarding to see players enjoying all of the new features and content in Shadowlands—whether they’re exploring new aspects of their characters with the Covenants or setting foot in WoW for the first time with the new-player experience in Exile’s Reach—and there’s much more to come.”

The launch of Shadowlands is just the beginning of an adventure unlike anything ever before experienced in World of Warcraft, with much more in store for players in the weeks and months ahead. Starting today, Shadowlands Season 1 commences when the gates to the expansion’s first raid, Castle Nathria—the gothic stronghold of Revendreth—open in Normal and Heroic difficulties. Mythic Keystone dungeons will also become available, tempting Azeroth’s heroes with greater rewards for taking on increased challenges. This season’s dungeon affix, Prideful, turns heroes’ own sense of accomplishment against them in the form of ego-wrought manifestations. In addition, players will be able to put their skills to the ultimate test in Arenas and Battlegrounds as the expansion’s first Rated PvP season begins.

About World of Warcraft: Shadowlands

Shadowlands is the eighth expansion for Blizzard Entertainment’s acclaimed massively multiplayer online role-playing game. Launched worldwide starting on November 23, Shadowlands sends players to the unexplored expanse of Warcraft’s afterlife, where the machinations of Sylvanas Windrunner and the malevolent Jailer threaten the very balance of life and death. There, players will explore disparate realms of wonder and horror; forge a bond with one of the Shadowlands’ four ruling Covenants in exchange for otherworldly power; delve into the Maw to rescue wrongly tormented souls; and ascend the twisting Tower of the Damned in search of legendary gear to help them restore balance to the beyond.

World of Warcraft: Shadowlands is available digitally in multiple editions, including the expansion-only Base Edition ($39.99); the Heroic Edition ($59.99), which also comes with a Shadowlands-level character boost and Ensorcelled Everwyrm mount—additionally offering a quest to earn a new transmogrification set; and the Epic Edition ($79.99), which adds the Anima Wyrmling pet, Wraithchill cosmetic weapon effect, Eternal Traveler’s Hearthstone, and 30 days of game time.

For Shadowlands screenshots, artwork, and other assets, visit http://blizzard.gamespress.com/World-of-Warcraft.

Best known for blockbuster hits including World of Warcraft, Hearthstone®, Overwatch®, the Warcraft®, StarCraft®, and Diablo® franchises, and the multifranchise Heroes of the Storm®, Blizzard Entertainment, Inc. (www.blizzard.com), a division of Activision Blizzard (NASDAQ: ATVI), is a premier developer and publisher of entertainment software renowned for creating some of the industry’s most critically acclaimed games. Blizzard Entertainment’s track record includes twenty-three #1 games* and multiple Game of the Year awards. The company's online gaming service, Battle.net®, is one of the largest in the world, with millions of active players.

*Sales and/or downloads, based on internal company records and reports from key distributors.

†Based on internal company records.