Battlerite First Impressions
The spiritual successor to Bloodline Champions is every inch as good as I hoped it would be.
Feature
Battlerite 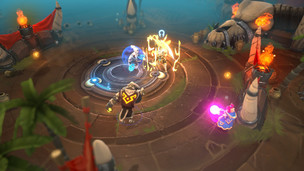 Battlerite: What Went Wrong?
Battlerite lost its way not long after launch. We take a look at what went wrong for this fantastic title.
Editorial
Battlerite 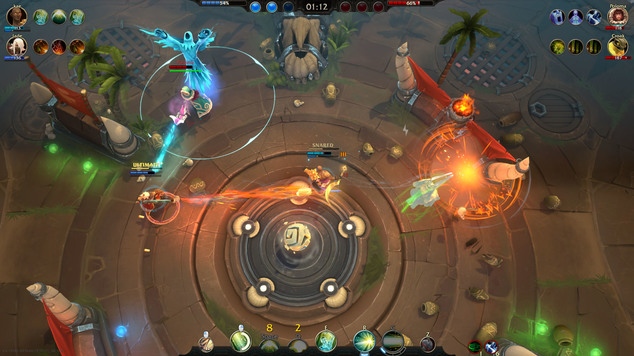 Battlerite: 5 Reasons Why You Should Invest In The Early Access
In case you're on the fence about buying into the best game of the year, here's 5 reasons why you should.

Battlerite has launched its Early Access campaign with great success. Not only has it reached the top of the sales chart on Steam, received rave reviews from fans, but its also gone on to reach the front page of Twitch.tv - an endeavour that will have gone on to expose it to millions of players. With reports that the game met sales of 18,000 within hours of its Early Access it’s unquestionably been a success for Stunlock Studios and I anticipate, considering the positive press has continued in recent days, that figure will continue to rise. Even its concurrent players over the weekend surpassed 13,000.

When I wrote my first impressions for Battlerite, I knew it would be well received. I always loved Bloodline Champions and stand by the fact the game was way ahead of its time. Battlerite arrives at a time where competitive games have never been more popular and where players, evidently from the rise of the MOBA, aren’t averse to top-down, limited ability, action brawlers.

With all the above in mind, I wanted to present five reasons as to why parting with your cash for an Early Access title is well worth the money. Having created Bloodline Champions, Stunlock Studios aren’t new to the battle arena genre. In fact, I’d argue that they paved the way for the genre to thrive for many years and demonstrated that it’s more than possible to create a fast paced game, with depth, that revolves only around an arena. While Bloodline Champions never reached dizzying heights in terms of player numbers, it was critically acclaimed for good reason. Stunlock Studios did away with many of the variables that plague multiplayer titles, notably itemisation and critical hits, and instead standardized much of what lives on in Battlerite. Fundamentally, many of the design decisions Stunlock Studios made all those years ago have never been more relevant now.  People want player versus player games that have clarity and a sense of fairness. Stunlock Studios are using their past experience to ensure that remains paramount in Battlerite - skill should always be at the forefront. 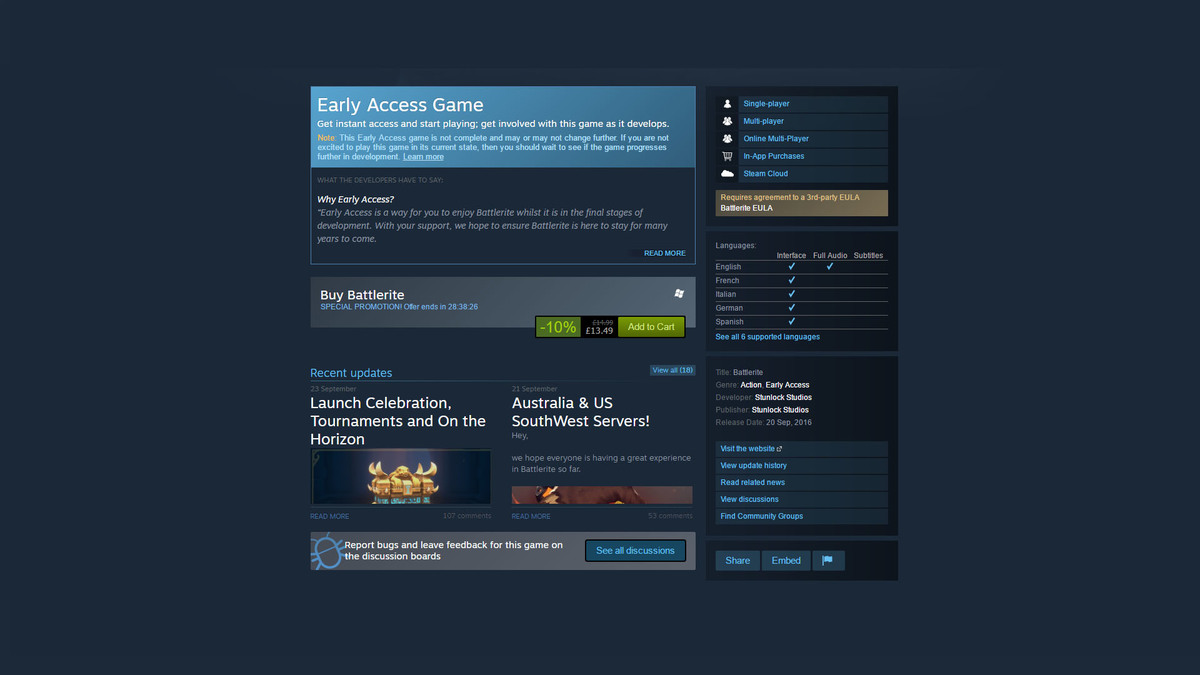 At a cost of £13 for all current and future Champions, Battlerite is unquestionably cheap. Considering the quality of the PvP on offer, alongside the level of polish in the game, it's madness to think anyone would question a purchase. For less than a cinema ticket, you can effectively buy fun for the foreseeable future. If we also take into account the fact there's really no waiting time for matches and with matches rarely lasting more than 10 minutes, it's a game that screams pick up and play. What’s also incredible is the fact that if you purchase the Early Access now, all future Champions are free. Unless you're financially destitute, it’s silly to not snap it up now.

Battlerite Is Simple But Has Genuine Depth

Whether it’s 2 versus 2 or 3 versus 3, Battlerite isn’t a complex beast. What it is however is a delicately balanced game that relies heavily on personal skill. Whether it’s interpreting enemy abilities, managing your own or navigating the arena to maximize your champion's strengths over the opposition, it’s unquestionable that there’s a great deal of strategy and speed involved. Simply using your abilities without thought will see you quickly killed. In contrast, careful positioning and strategic use of them will not only ensure consistent wins, but you can often genuinely carry. Even when outnumbered, if you’re skilled enough it’s more than possible to win irrespective of the odds. That’s something you don’t see very often, especially when in games such as Heroes of the Storm basic attacks automatically track.

As mentioned above, Battlerite is very polished. Animations on existing Champions are slick, spell effects have enough flash to be distinguishable but unique and the arenas you fight in are all lovingly made. Despite it being in early access, I’ve only encountered one bug (the central Orb which spawns being invisible). That’s fairly remarkable and although there’s still lots of polish that could be applied, Battlerite is already in a position where it could be officially released and still be in a better state than some of the games I’ve played (which also ask for a damn sight more money). Stunlock Studios aren’t asking for Early Access buy-in to begin developing the game or to make it functional: quite the contrary. Early Access is here to not only allow Stunlock Studios to continue to refine and add polish, but to also gauge support. Clearly there’s already a lot out there and it will only grow as word of mouth spreads. 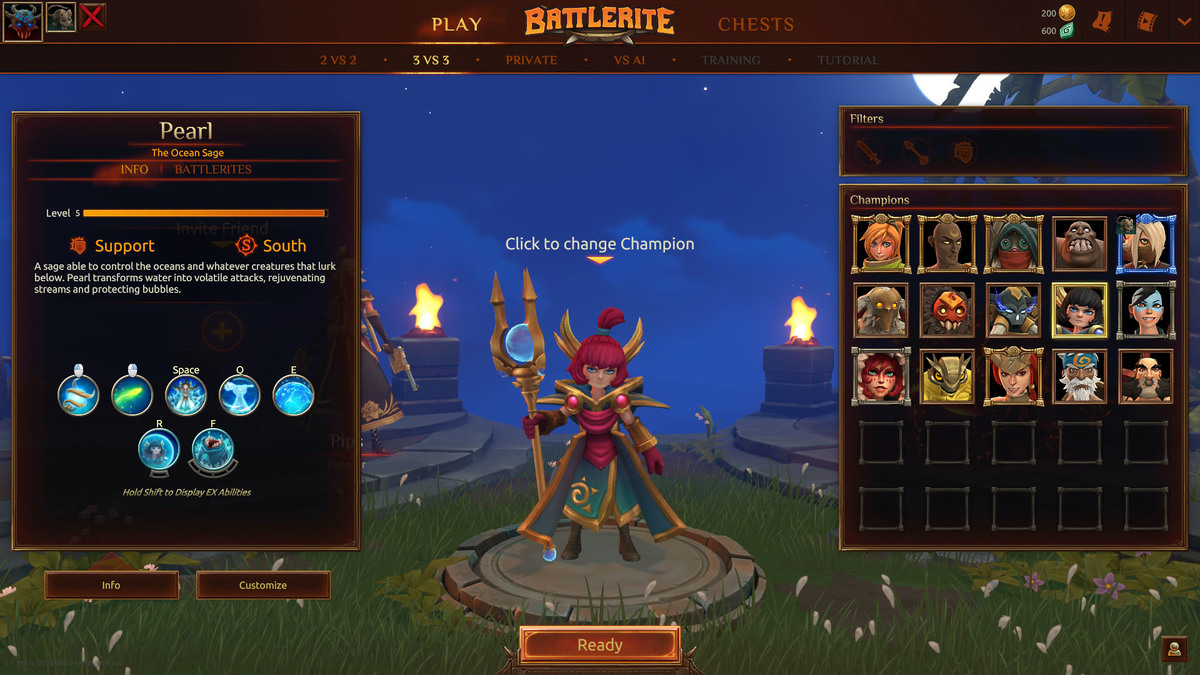 As much as I love playing Paragon, it’s fair to say that its collection of Heroes are relatively generic, despite looking beautiful. In contrast and while borrowing heavily from Bloodline Champions (who not?) Stunlock Studios have provided a set of Champions with a wide array of abilities that not only synergize well, but have a relatively steep learning curve. Poloma is an excellent example of a Champion with a great deal of depth across her abilities that offers damage, utility and survivability coupled with rotations that are far deeper than many battle arena games I’ve played. Where in Heroes of the Storm or Paragon a rotation often consists of little more than clicking a skill and then waiting for the cooldown to expire. Not only does each Champion in Battlerite have a unique kit, but the addition of energy to power extra abilities, coupled with Battlerite’s creates a diversity that belays the quantity of Champions currently available. Irrespective of what hero or Champion archetype you prefer to play, there’s likely something here for you with lots more Champions to follow.

Battlerite is available now on Steam.