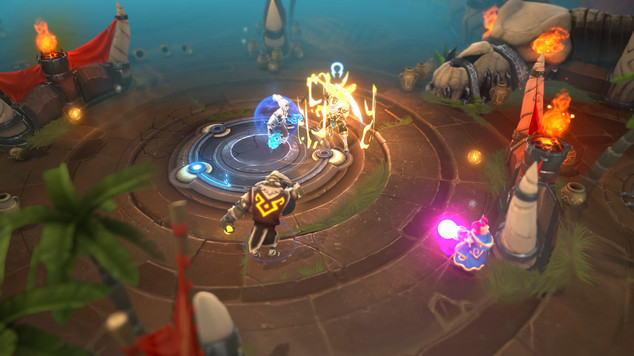 Battlerite: What Went Wrong?
Battlerite lost its way not long after launch. We take a look at what went wrong for this fantastic title.

As has become customary when a game I play hits the skids, I’m keen to break down what I think went wrong. Having invested thousands of hours into Battlerite, it genuinely pains me to see its decline and - most likely - inevitable closure. Despite all the good that Stunlock Studios have done in the game and for the genre, it clearly missed its mark somewhere along the way. There are valuable lessons for the studio to learn, and I think it’s often helpful as an outsider to deep-dive and clear through the wreckage.

This What Went Wrong won’t highlight all the good that Battlerite offers. I’ve written about the game many times, and promoted it to all who’ll listen. No one can question Stunlock’s Champion design, kits, art direction or their ability to deliver a polished product. Heck, I’d go as far as to say the studio - and Battlerite - does most things right. Unfortunately, a combination of factors lead Battlerite on a path it couldn’t quite recover from...

From the moment Battlerite launched, players have asked for nothing more than a list of key features that would not only support the community, but also new players, competition and retention. As it stands, Battlerite still lacks:

While none of these features may set the world alight, they’re quality of life improvements that would unquestionably help the community grow. To login to the game, and face silence - when you likely have many questions - makes you feel isolated. It forces you to find players outside of the client, which is neither helpful nor practical. Why were Stunlock so slow to implement all the above when it would have unquestionably reaped rewards when it came to player retention? 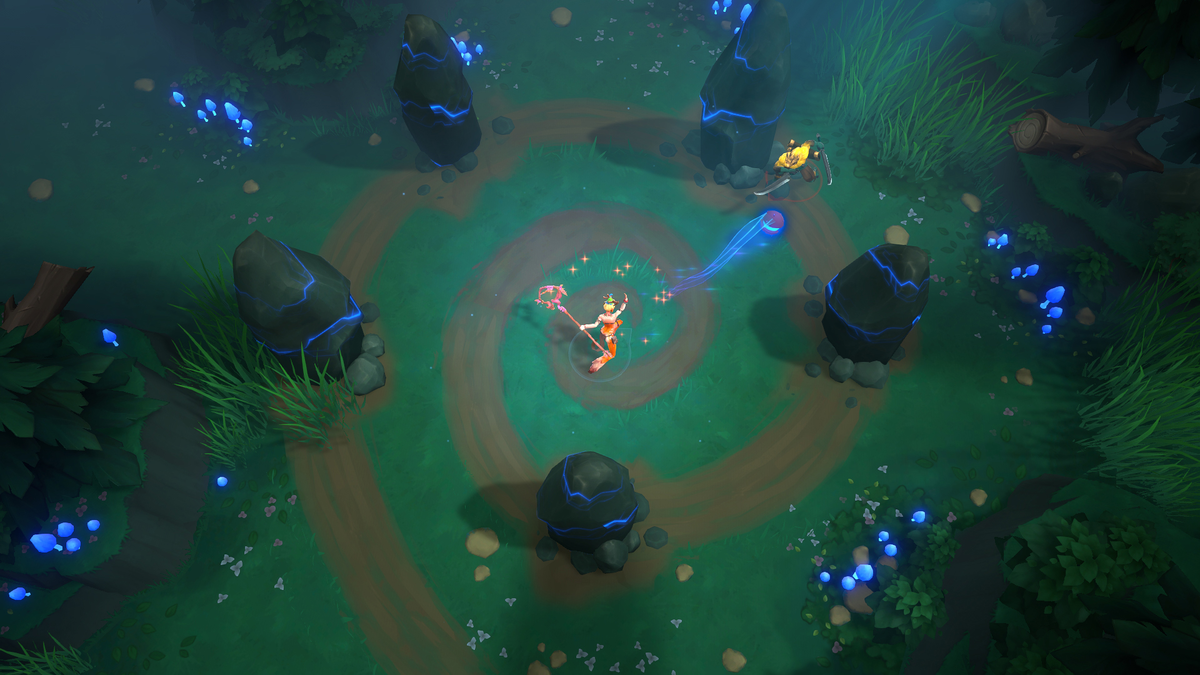 The elephant in the room, and one that - as far as I’m concerned - killed Battlerite. If you consider the man hours and resources that were directed at a game mode that was, in part, an attempt to not only broaden its appeal, but also capitalize on a current trend, it was always a massive risk. Not because Battlerite Royale was bad, in fact, it was an excellent spin on the genre. Unfortunately for Stunlock, they made a catastrophic error by making it standalone. Not only did this split the playerbase, but it was also confusing for new players (which to purchase?), resulting in both games needing vastly different balance, and resources that were likely already stretched, were pulled further. If things couldn't have gone worse, it also "officially" launching alongside Apex Legends, a game which no one anticipated.

Had Stunlock kept Battlerite Royale as a seperate game mode within the existing client, it would have kept the community in one place, and housed everyone under a single Steam umbrella. Instead of new players seeing two Battlerites, with a community of 2,000 players in each (and thinking neither game is doing well), they’d have seen one with 4,000, and assumed it was an active, small studio title.

2v2 should have quickly been abandoned early into Battlerite’s development. Not only did it split the queue, but it also resulted in the perception that Battlerite, as an arena brawler, wasn’t balanced. Inherently, 2v2 wasn’t perfectly placed and while it might have resulted in quicker queues for friends wanting to dive in together, it wasn’t healthy for the competitive image of the game.

I regularly spoke to folks who perceived Battlerite to be unbalanced when, as far as I’m concerned, Stunlock are pretty bloody good at nailing it. This largely comes about from the fact I can often hard-carry matches, but also because I only played 3v3. To dive into 3’s, if you’ve only played 2’s, is a culture shock and comes with a steep learning curve. If players were only ever exposed to 3’s, they wouldn’t have known any different and would have had a much greater understanding of Battlerite's meta and balance. 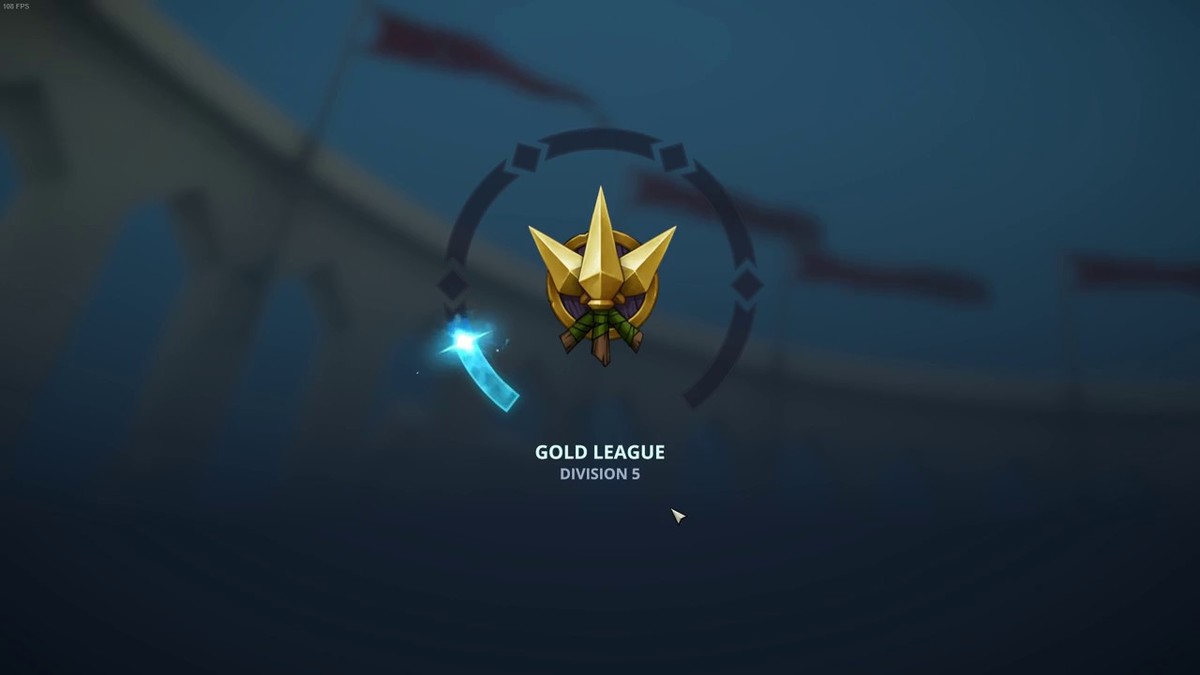 Battlerite’s ranking system never quite sat well with me. It was too late in arriving, I like to see my actual MMR, and it felt like gaining ranks was (at times) far too slow. I really like what Blizzard did with Heroes of the Storm, and while far from perfect (it still hides your MMR), it did feel rewarding to climb. That felt missing in Battlerite, as climbing was often unrewarding and lead to little more than bragging rights. While that’s fine (everyone wants to say they reached the top), I’m not sure if that alone is enough to retain player attention. Revising the ranking system so that it provided incremental, unique rewards, would have felt pretty good.

Let me stress, I love the concept EX abilities. Battlerite as a game needs more abilities, but I was never convinced about how EX abilities were implemented. Many friends who were new to the game were completely unaware of them, and they were often ignored. Not just because they’re off the main UI, but also because their value wasn’t instantly apparent. Some EX abilities are amazing, some niche, and some hard to gain value from without an already high level of skill. Moving all EX abilities to be permanently visible on the UI would address this.

Part of the problem surrounding Battlerite is that fights can become fairly predictable, especially when you begin to learn Champion abilities and opposition rotations. It’s a glorified version of Rock, Paper, Scissors that needed greater depth. I understand EX abilities were an attempt to alleviate this, but being tethered to Focus drastically restricts their value. Perhaps making all EX abilities readily available (with cooldowns), removing their Focus cost, and instead, having all Ultimate abilities have two variants (through holding shift), would have been far better. I’d have loved to have seen different versions of each Ultimate, to encourage their use, but to add greater tactical depth. For example, Ruh Kaan’s Ultimate (Shadow Beast) when activated as an EX ability, would allow you to pursue a defensive playstyle. Your melee attacks could splash heal allies, and your ranged pull could function similarly to Claw of the Undying. There’s scope for all Champions to have variants in this fashion, and combined with EX abilities now just being regularly abilities, fights would have had far greater depth. 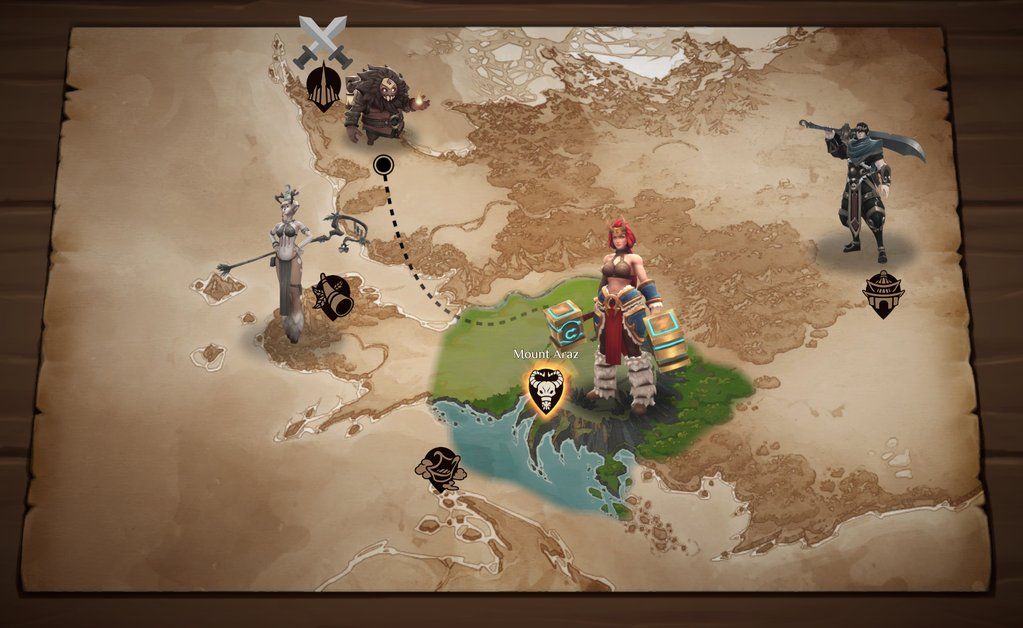 The thought of playing a turn-based version of Battlerite, where you control the map, would have been fab.

With the exception of Battlerite Royale, I’ve always felt that Battlerite had huge scope for play modes. Powerstone, or a version of it, would have been perfect, and I even drew up concept art for a turn-based version of the game that would function similarly to The Unholy War. Minor modes such as Bakkos Egg Brawl are a lot of fun, but they lack scope. Even Battlegrounds, a mode similar to Gigantic, had tons of potential but was too quickly discarded instead of being refined. I think if Stunlock had spent time on different modes, instead of the huge undertaking that was Battlerite Royale, it would have only strengthened the core client immeasurably.

This ship has well and truly sailed, and it’s pure fantasy, but Battlerite was always ripe for consoles, and specifically, Nintendo Switch. The “indie” community is huge on the console, support for small titles strong, and the movement system of Battlerite would work incredibly well on Joycons. While I doubt Stunlock ever had the studio capacity to make this step, it feels such a waste to not try to pursue it.

I wish Stunlock Studios all the best in the future. They're a brilliant studio brimming with amazing ideas, and a team capable of creating exceptional content. There's no mistaking Battlerite is a fantastic game, I wouldn't have invested almost 2,000 hours into it, if it wasn't. While miss-steps were made, and I still consider the game