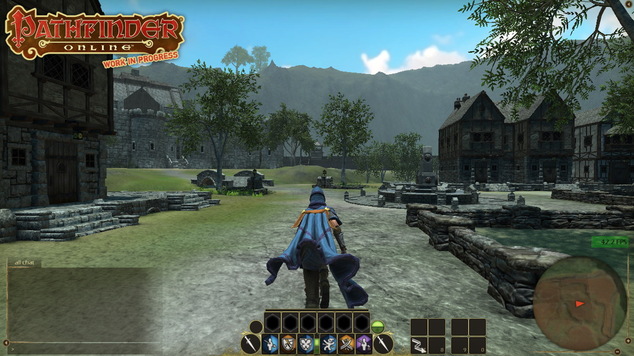 The folks at Goblinworks have begun the first stage of Alpha testing for their crowd-sourced open-world sandbox MMO, Pathfinder Online. This first stage is the "Friends & Family" stage - only Goblinworks staffers and their people are testing, to be followed by a build made available to staff at Paizo, the publishing company that owns the rights to the Pathfinder RPG license. The next stage will be the Alpha Backers stage, where Kickstarter supporters who paid for the privilege will join in. 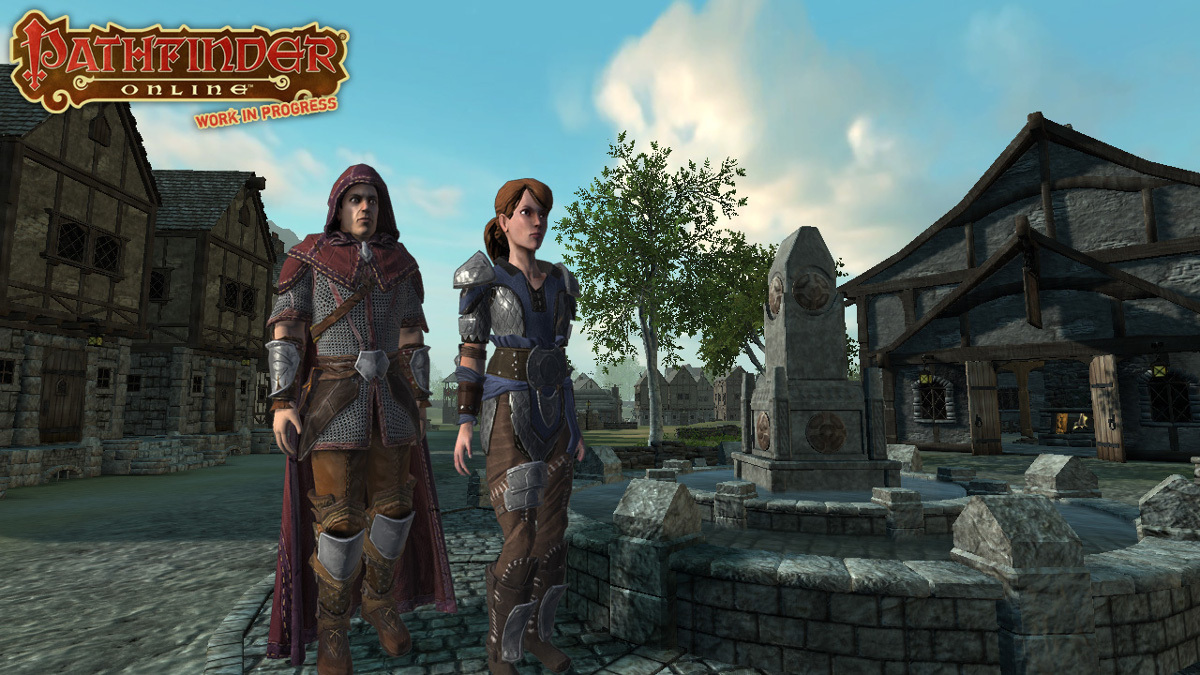 This is going to be an interesting development cycle to watch. We haven't seen much of it so far besides a few early-Alpha screenshots and videos with a lot of "placeholder" graphics and models (like the ones you see here, pulled from the Goblinworks website). But Pathfinder Online is an ambitious product with a very promising IP, and its origin as a Kickstarter project is unique - other developers are using it, but the other developers aren't holding the keys to the Pathfinder intellectual property.

Pathfinder is the spiritual successor of Dungeons & Dragons 3.5 Edition ruleset. Wizards of the Coast went in a different direction with 4th Edition rules - they made things simpler and essentially more MMO-like, more accessible to new players and the kids who cut their teeth on video games rather than books. Paizo stayed with the d20 ruleset, expanding on it and carrying it forward. They dumped the Dungeons & Dragons settings but kept the character classes and such, and some of the artists who had done illustrations for the WotC rule books, and built the Pathfinder system. 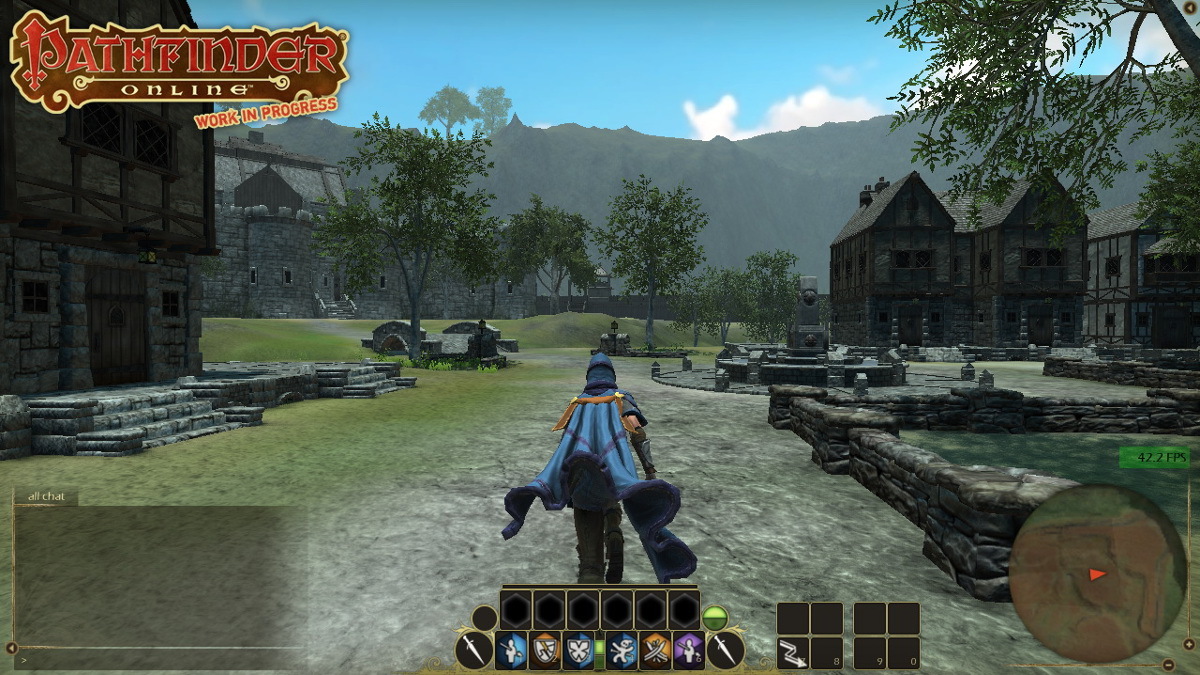 Pathfinder is very much a "for the love of the game" sort of project. It was made by fans wanting to take their favorite parts of the game to the next level, rather than scrapping it and starting over. The actual history is slightly more complicated than that - there's the Open Gaming License of the d20 system, a couple of magazine titles that lost the support of the license holders, "open-source" product testing, etc. - but it really all boils down to that.

Goblinworks is more or less doing the exact same thing that Paizo did before them, including the "open-source" product play-testing. But instead of having the finances of a few years' worth of magazine sales to back their project, they started new and used Kickstarter to generate $1,000,000 of startup money. In effect, the game is now financed by its fans, will be play-tested by its fans, and then sold back to them when the game finally launches.

And it goes beyond the fundraising. The development team at Goblinworks is actively engaged with their audience. Apparently, they're out there trolling the Internet the same as everybody else, commenting on articles and letting people know 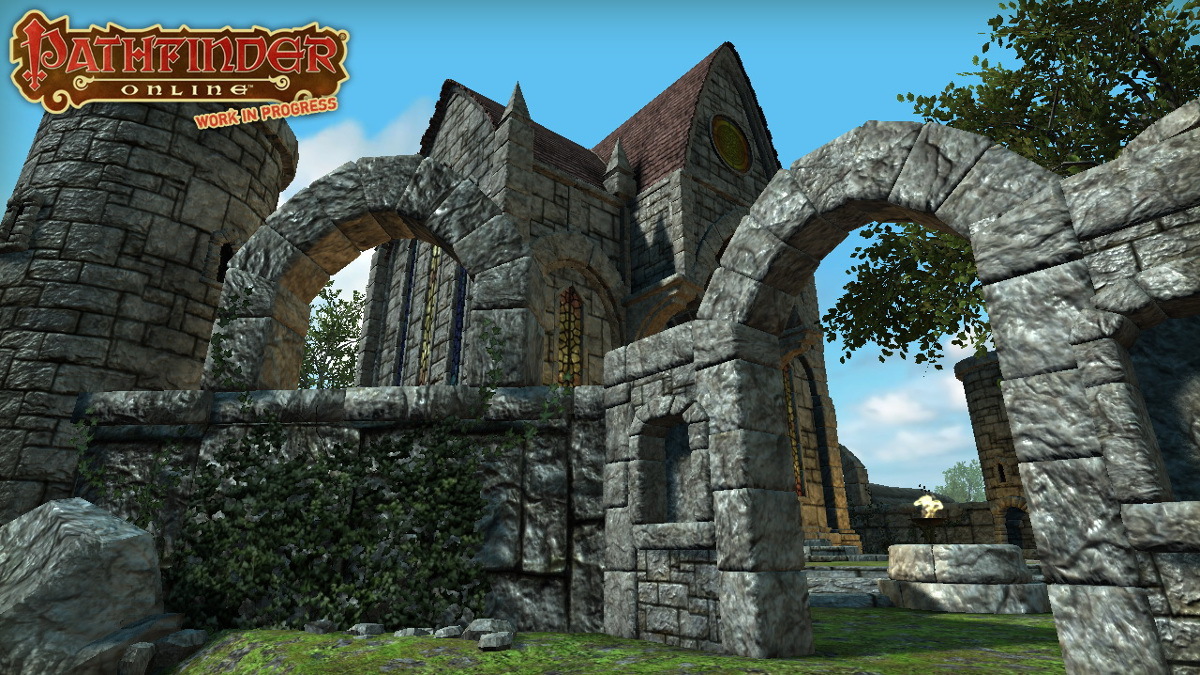 In the meantime, this small studio is keeping the train fueled, introducing a mini-game, called Land Rush, for future in-game guilds to allow future players to establish territory and resources. Guilds (or Companies or Settlements, as they will be called when the game goes live) can start out big and control preferred territories, or can start out piddling small and be at the mercy of the big, aggressive bohemoths.

Now that Pathfinder Online has started Alpha testing, I'm going to be following it fairly closely. I've been interested in this title since I heard about it last year - I prefer the Pathfinder system to 4th Edition D&D, and Goblinworks has some very interesting plans for the features they plan on implementing. But up until recently, progress has seemed very slow. Now that the steam is building, and we're seeing more than a few sketchy early-Alpha game asset screenshots, it's starting to look like a lot of fun. Maybe this small, crowdsource-funded studio can crank out a quality title that will be a big hit. After seeing the potential of the "budget" studio with games like State of Decay, and seeing how much attention the developers pay to what fans and players have to say, my hopes are high that Goblinworks will be able to realize even a fraction of the innovative stuff they want to do here.